Your professional tour guide will certainly inform you exactly how the building on Capitoline Hill began, and how Michelangelo was appointed by Pope Paul III to design the square.

The very first square of modern Rome was created by the genius of Michelangelo, increasing on the Capitoline Hill, on the site of an old village and the place dedicated to countless temples to the Roman gods.

Get inside Santa Maria in Aracoeli, based on the ruins of the Tempio di Giunone Moneta. Its name derives from a legend according to which a sibyl anticipated the coming of the son of God, saying: Haec est ara filii Dei. This is the greatest peak of the Campidoglio Hill.

Visit the Capitoline Museum established by Pope Sixtus IV, and appreciate paintings by Caravaggio and various other masters.

From the top of the hill, you’ll have a panoramic sight of Rome that includes the domes of Sant’ Andrea della Valle and San Pietro.

The Palazzo Nuovo contains classical sculpture. Outstanding are the Dying Gaul (a Roman copy of a Greek 3rd-century BC bronze original), the Discobolus (a Greek discus thrower altered in the 18th century to create a wounded warrior) and the Capitoline Venus (copy of a 2nd-century BC Hellenistic original). The Sala degli Imperatori (Hall of the Emperors) takes its name from the busts of Roman emperors lining the walls; they once adorned the villas and gardens of ancient Rome.

The magnificent bronze equestrian statue (2nd century AD) of Marcus Aurelius, until recently outside in the piazza, is now inside the Palazzo Nuovo. Its original location was the piazza of the Lateran, often the scene of degradations inflicted on Roman citizens by the popes: in the 10th century Pope John XIII had the Prefect of Rome hung from the statue by his hair. Throughout the Middle Ages the figure on horseback was thought to represent Constantine, which may be the reason it was preserved, and by 1538 it was the only monumental classical bronze to have survived. Much revered, it was removed to the Piazza del Campidoglio from which it was taken for restoration in the 1980s.

The Palazzo dei Conservatori contains more classical sculpture. In the courtyard are fragments of the colossal statue of Constantine (4th century AD), and in the gallery are the Spinario (a 1st century BC bronze of a boy taking a thorn from his foot) and the Capitoline Wolf (Etruscan, 5th century BC). The figures of the suckling twins, Romulus and Remus, were added in 1498 by Antonio Pollaiuolo, a talented Florentine artist and goldsmith. The home of this statue, the early symbol of Rome, has always been the Capitoline; it was here in 65 BC that lightning damaged the wolfs hindquarters.

On the second floor is the Pinacoteca Capitolina, with paintings by Veronese, Guercino, Tintoretto, Rubens, Caravaggio, Van Dyck, Titian and Pietro da Cortona. 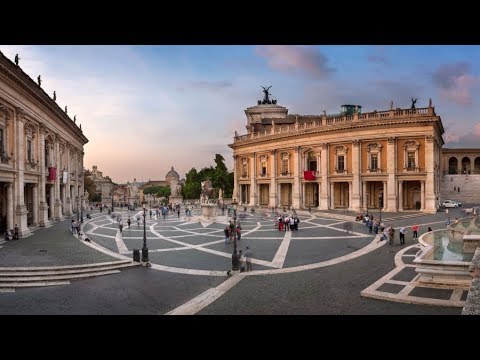 from €32.00 EUR
Organized by: TiqetStation SRL

In ancient times the Capitol, the smallest of the seven classical hills of Rome, was the political and religious centre of the city. Its two knolls were the home of the fort and the two mos […]
Mamertine Prison Tickets (with Video Guide)
1 Clivo Argentario 0.14 km

A specially designed video guide will help you find out what happened to old kings and emperors. As it can clearly be read, St. Peter was a “saint” but this didn’t prevent him to be impriso […]
Priority Entrance Tickets for Mamertine Prison, Colosseum, Roman Forum and Palatine Hill
1 Clivo Argentario 0.16 km

Discover the prisoners who served time here, including Saints Peter and Paul, then gain access to the Colosseum through a special, sneaky entrance! Plug into your audio trip of the Mamertin […]
Forum of Caesar: Evening Show Tickets
5/6 Via della Salara Vecchia 0.23 km

The lightshow, the projection show and the music will take you to the time of Ancient Rome, while you are standing in the Trajan Forum. You will be in one of the most tourist-wise popular a […]
Half-Day Semi-Private Imperial Rome Tour
15 Via in Miranda 0.3 km

You are going to witness and learn more about how life used to be in the past in the Roman Empire with this tour consists of small groups. You are also going to enjoy the great view of Rome […]
4-Hour Guided Bike Tour of Rome
15 Piazza Venezia 0.34 km

You'll visit in all the main tourist attractions of Rome, and likewise have a possibility to see lots of smaller squares and historical buildings that are less visited because of their loca […]
Trajan's Markets and Imperial Forum Museum Tickets

The markets adjoined the Forum of Trajan, where the stunning Trajan's Column still stands. This ticket also consists of accessibility to the remarkable Museum of the Imperial Forum. If you […]
Classic Rome Tour with Vintage Vespa
47 Piazza di San Marco 0.37 km

Hold on for the trip as your private chauffeur and guide blends you about on a vintage scooter for an amazing half-day tour of Rome highlights. Wind through traffic circles and mazelike roa […]
Trajan's Markets and Imperial Forum Museum Private Guided Tour

Located along Via dei Fori Imperiali, the complex, made from the red block and also concrete, had 6 levels with approximately 150 various stores and houses. Currently, the Trajan's Market h […]
Forum of Augustus: Evening Show Tickets
1 Piazza del Grillo 0.38 km

Lights of different colors, projections on the ruined wall, amazing music, and Ancient Rome. You come, you saw, you get entertained! While you are on your feet on Roman stairs, the astonish […]
12...17