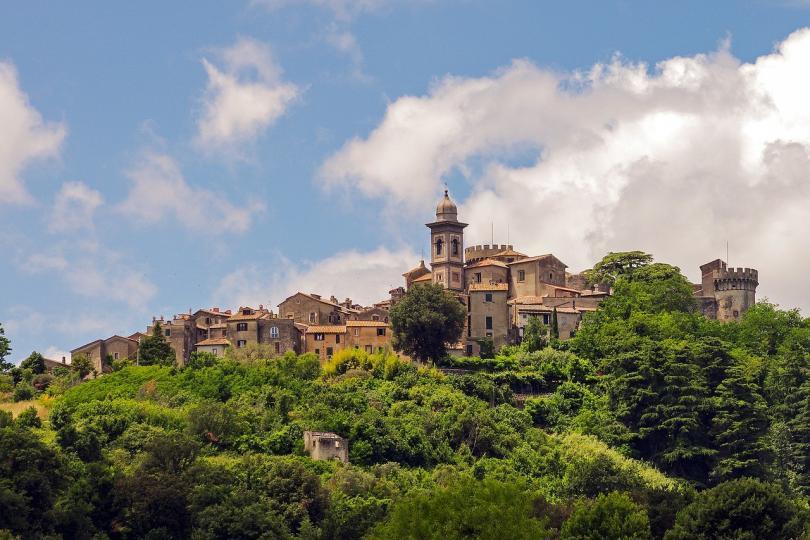 Bracciano is situated on a trachytic rise on the south-eastern shore of Lake Bracciano. The site was already inhabited in Etruscan times, as traces of a burial-ground reveal. 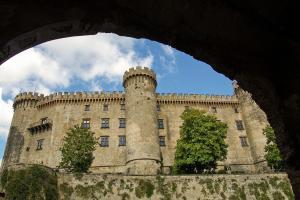 The Castello Orsini-Odescalchi, built by the Orsini family in the latter half of the 14th cent., is a proud example of military archi-tecture and noble residences. Built on a pen-tagonal plan, with stout cylindrical towers, it has a 16th cent, portal relieving the mass of the encircling wall.

Inside is a huge fresco, probably carried out by Antoniazzo Romano (recorded 1435-1517). A fine external staircase, with columns, leads to the upper floor, and numerous rooms containing fairly good works of art. The 14th cent, church of Santo Stefano was rebuilt in the 17th cent. It has a simple Baroque facade, flanked by a 16th cent. belltower. The Baroque interior has a nave and two aisles, and contains some works of art, such as St. Jehoshaphat in the desert, by Francesco Trevisani (1656-1746), a triptych of the Saviour, signed “Graegorius et Donatus de Aretiome fecerunt anno Domini MCCCXV”, Martyrdom of St. Stephen, by Giovanni Battista Wicar (1762-1834), and a crowded painting by Domenico Zampieri called Domenichino (1581-1641).