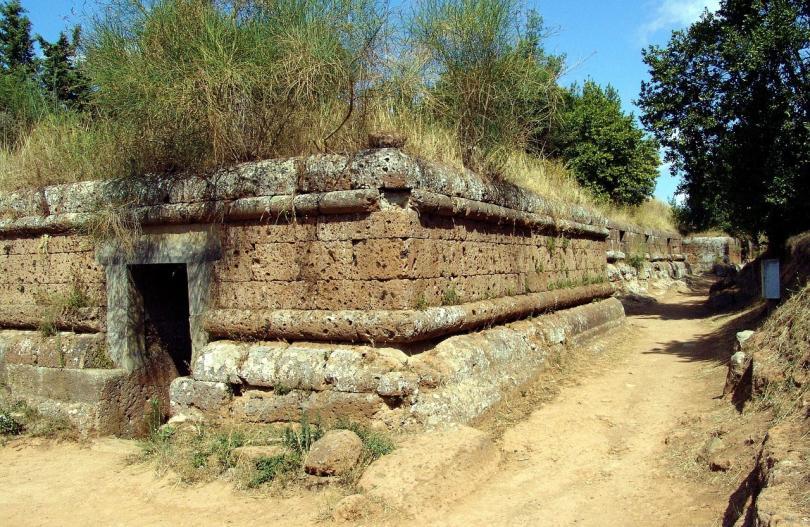 Cerveteri is an attractive village on a tufa rise, with medieval quarter. The church of Santa Maria is a modern construction, added to a 12th cent. Romanesque church. It contains a panel of the Madonna and Child (1471) by Lorenzo da Viterbo, a Renaissance altar and panel depicting the Redeemer by an unknown 16th cent. artist. 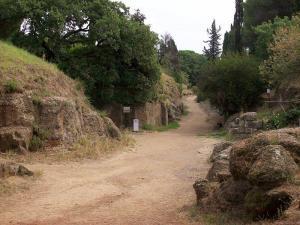 In the Municipio is a panel of a Saint by Perin del Vaga (1501-1547), and a 16th cent. Flemish triptych depicting the Adoration of the Magi. The Necropoli di Cerveteri, together with that of Tarquinia, is the most important of its kind. Exploration began in the mid-19th cent., and was intensified at the beginning of the present one.

The 8th cent. B.C. tombs are open in the rock, the 7th cent. B.C. ones have stone covers and mounds, those from the 6th to the 2nd cent. B.C. are in the form of rooms with a vestibule, while those of the 4th-lst cent. B.C. are hypogea without mounds. 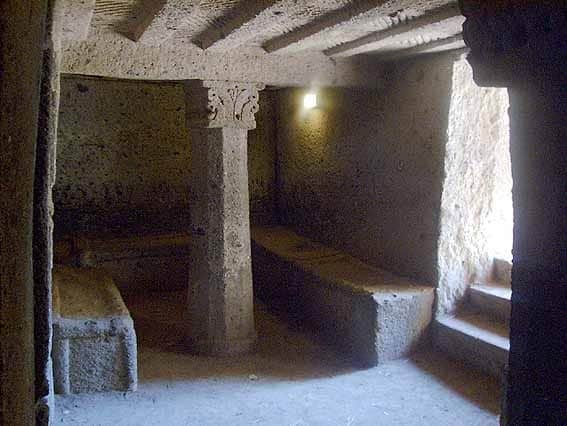 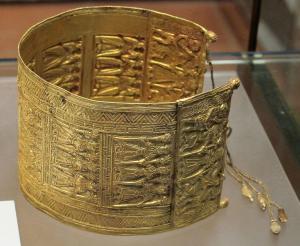 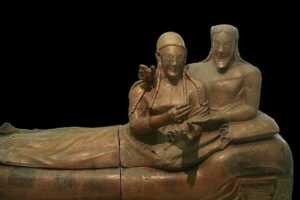 The Necropoli del Sorbo is a large ancient burial-ground, with individual tombs; in the Regolini-Galassi tomb (named after the scholars who explored it in 1837) there were a large number of fine oriental-style ornaments of the 6th cent. B.C. which have been transferred to the Gregorian Etruscan Museum. In the Necropoli di Monte Abetone, situated on tufa rocks, are the Campana tomb, and the TorIonia tumulus, with the tomb of the Chairs.