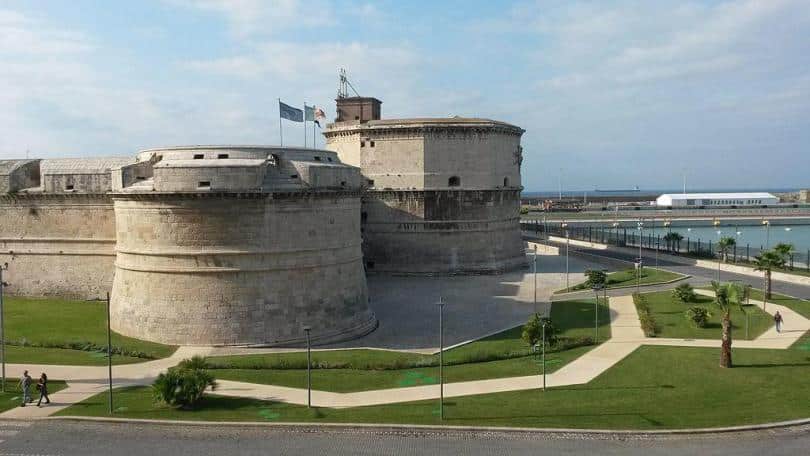 Important industrial centre spread out along the sea at the foot of the Tolfa mountains, Civitavecchia is the main port of Latium and the sailing point for Sardinia. 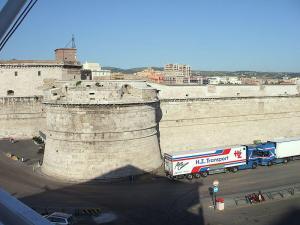 Rectangular in shape, with four large cylindrical towers at each corner, and an octagonal keep, it has a vast, graceful courtyard inside. The Museo Civico has sections devoted to the early iron age, the Etruscan period (notice the Kylix by an artist signing himself as Hyschilos, of the 6th cent. B.C.), and Roman and medieval periods (notice the 15-16th cent. ceramics).

The Cattedrale is dedicated to St. Francis and dates back to the second half of the 17th cent. It has a sober exterior, with a facade in two orders divided by half-columns, and a stately, aisleless interior. There are remains of a large Roman building Edificio Romano, presumably used as a military head-quarters. Excursion to the Terme Taurine, with two buildings, one of the 1st cent. B.C., and the other of the first half of the 2nd cent., providing a most interesting group of Roman remains, completely excavated in the early 1950’s. Excursion to the Torre Bertolda or Sant’Agostino, a popular seaside resort.