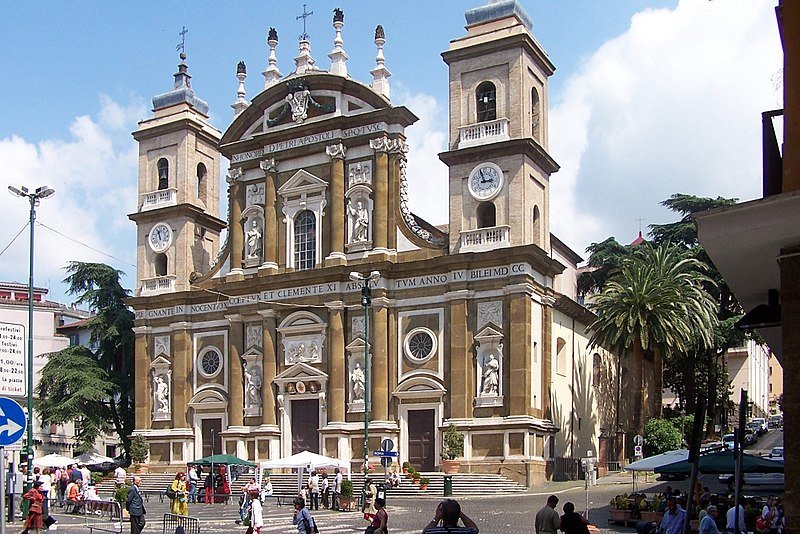 Situated in the Alban Hills, Frascati is particularly interesting for the gorgeous villas built all around it. Villa Torlonia, with a park now belonging to the Town, has a spectacular fountain (Teatro delle Acque) by Carlo Maderno (1556-1629).

The Cattedrale has a Baroque façade by Girolamo Fontana (1690-1714). The Cbiesa del Gesti is attributed to Pietro da Cortona (1596-1669). The Villa Aldobrandini consists of a magnificent palace by Giacomo della Porta (1533-1602), Carlo Maderno and Giovanni Fontana (1540-1614), and a huge terraced park with spectacular “Teatro delle Acque” fountains.

The Villa Falconieri was erected in the mid-16th cent. but rebuilt later by Francesco Borromini (1599-1667). The palace of the Villa Tuscolana or Ruffinella was built by Luigi Vanvitelli (1700-1773).