Immerse yourself in an amazing history of Ancient Rome after you walk into the Basilica di Santa Maria del Popolo. Explore art masterpieces by Caravaggio, Raphael, Bernini and more. Thanks to this cool and handy audio guide, you will have every bit of this amazing place.

Variety of the high-quality decoration and the major masterpieces at Basilica di Santa Maria del Popolo will astonish you although it is a small one.

You must visit this place that offers you the chance to see the magnificent Chigi Chapel by Raphael or the canvases by Caravaggio at Cerasi Chapel.

On your way, you should also check astonishing Baroque decorations, including the grandiose octagonal dome, which is the first of its kind. If you listen to your audio guide carefully, you will also learn several other facts about the masterpieces, this church and the popes and the architects who gave life to it.
Explore this stunning church and “live” Piazza del Popolo.

Changes are possible for this ticket.

Basilica di Santa Maria del Popolo is on the site of a small chapel erected by Paschal II, towards the end of the XI cent. The architects, Baccio Pontelli, and Andrea Bregno restored it in 1477, under Sixtus IV, in the Renaissance style, with a simple facade and two orders of columns.

The Papal families not only embellished this church, but also erected their tombs here. The gabled bell-tower, on the right side, is a characteristic feature.

The interior has single aisles with the roof supported by pillars, and a cupola over the transept. Although it has later Baroque embellishments, it still maintains its Renaissance character. The first chapel of the right aisle dedicated to the Delia Rovere Family, is completely decorated in frescoes by Pintoricchio (1485-89) portraying scenes from the life of St. Jerome.

Of the same artist is the altar-screen with the Adoration of the Child. Along the left wall, the Tomb of Cardinal Delia Rovere, by Mino da Fiesole, and Andrea Bregno (XV cent.). – The second chapel of the Cybo family, was redecorated by Carlo Fontana in the XVII cent. On the altar, is a painting of the Assumption, by Maratta. – The third chapel is decorated with frescoes by Pintoricchio, and others, including Tiberio d’Assisi (1504-7).

Above the altar, the Madonna and Child, and on the left wall, beneath the Assumption, the Tomb of Cardinal Foscari, a bronze work attributed to Vecchietta (XV cent.). Above the altar of the fourth chapel, a marble triptych of the school of Bregno, and frescoes of the school of Pintoricchio. – On the main altar, a painting of the Madonna, in the Byzantine style of the XIII cent.; at the sides of the presbytery, two beautiful sepulchral monuments by Sansovino; on the ceiling, the magnificent frescoes of Pintoricchio (1508-9). The apse is the work of Bramante; the stained-glass is by Guglielmo di Marsiglia (1509-10).

On the side walls of the chapel to the left of the presbytery are two great masterpieces of Caravaggio: the Crucifixion of Saint Peter, and the Conversion of Saint Paul. – The Chigi Chapel, the second of the left aisle, adorned in the elegant style of the Renaissance, was constructed from the designs of Raphael, who also designed the mosaics of the cupola, and the statues of the prophets, Jonah, and Elias, which were executed by Lorenzetto. Daniel and Habakkuk are by Bernini, the bronze-relief on the altar-front is by Lorenzetto. The painting of the Nativity of the Virgin is by Sebastiano del Piombo. Along the side walls, the tombs of the Chigi family, in pyramidal form. In the adjacent convent of the order of St Augustine, Martin Luther resided when he visited the city. 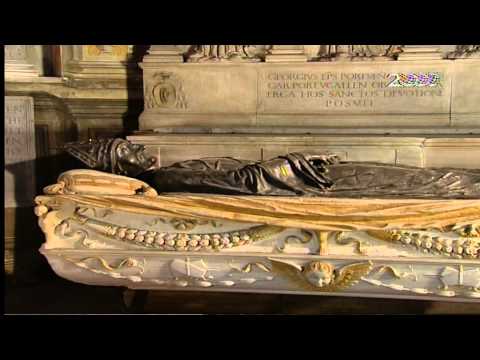 Despite centuries passed, one can still discover the remains of Pompeii, walk on the streets and go inside the houses as well as bathrooms and places to eat food. In the meantime, your prof […]
Tuscany Tour from Rome

You can ask any questions on your minds to learn detailed information and satisfy your curiosity. The tour starts with a walking tour in Montepulciano town where you will be guided by a loc […]
Electric Car Rental in Rome
7 Via del Fiume 0.38 km

You can visit any historical area or tourist attraction the way you want. Depending on the time of the day, you are going to have a unique experience with this service. You will also have t […]
Ara Pacis Museum Tickets
190 Via di Ripetta 0.61 km

The Ara Pacis is an altar situated in the inside of a closed structure sculpted in Carrara marble. It stands out because of its excellent decor composed of various reliefs revealing the fam […]
E-Bike Rental Ticket on the Tiber
44 Lungotevere delle Armi 0.75 km

Use Tiber cycle that lies along riverside or simply use your own route – as you wish. With an e-bike, riding around is much less tiring and you can enjoy this chance with peace of mind, tha […]
National Etruscan Museum Tickets
9 Via di Villa Giulia 0.75 km

Skip the entryway lines and head right inside to see antiques of the ancient civilization that predates the Roman Empire. Learn the background behind well-preserved items like the Pyrgi Tab […]
National Gallery of Modern and Contemporary Art Tickets
73 Via Antonio Gramsci 0.77 km

With more than 1100 paints and statues on exhibit from the 19th and 20th centuries, the National Gallery of Modern and Contemporary Art in Rome can claim hosting the biggest art collection […]
12...17