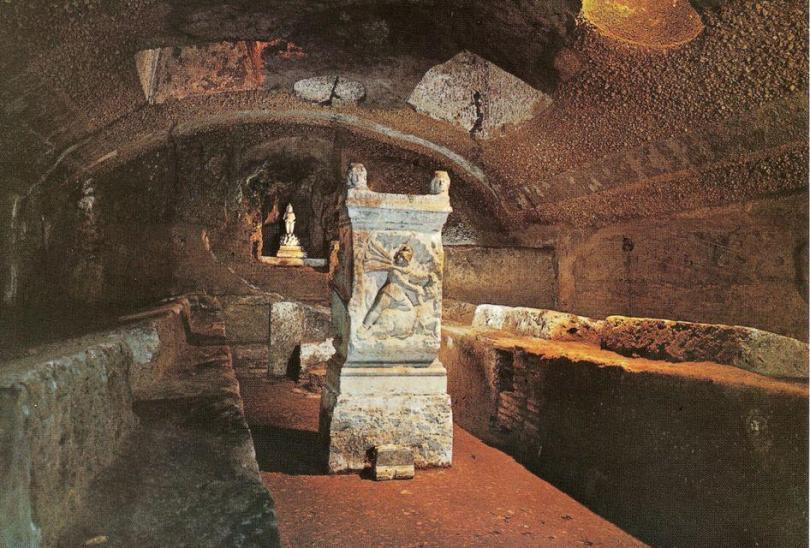 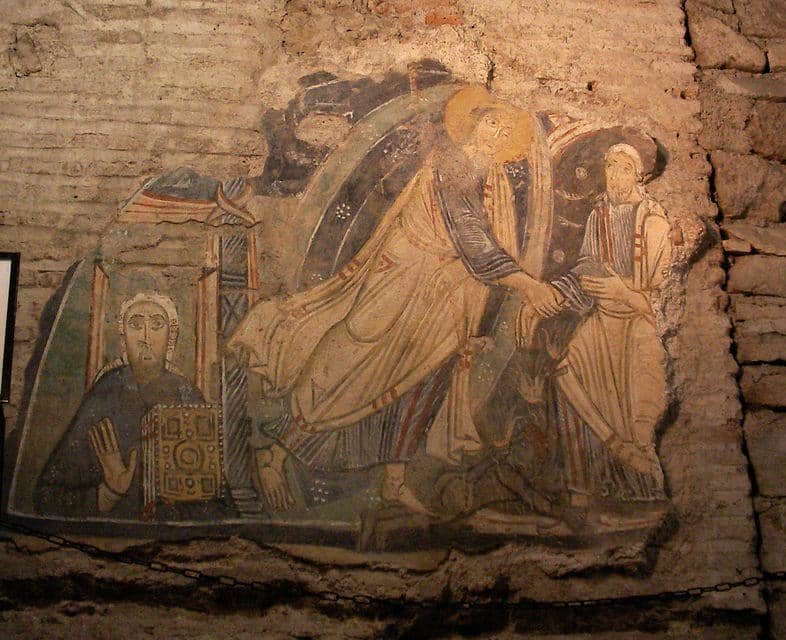 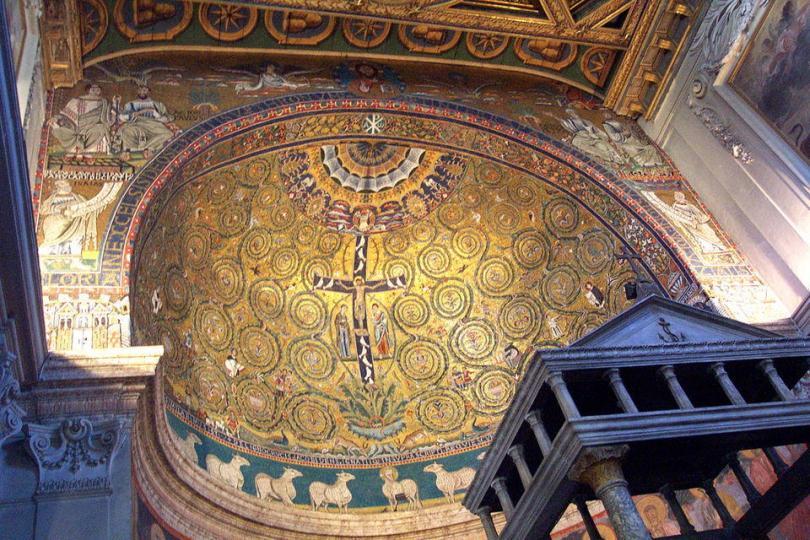 You are going to meet your guide at Piazza San Clemente and start the tour by visiting the Basilica of San Clemente.

You will have to pay your entrance fee but your tour guide will help you to skip the line to quickly start your tour.

Here, you will learn more about the famous 3-tiered basilica. This structure built over 3 times during the 1st, 4th, and 12th centuries.

You are also going to learn more about Cardinal Anastasius, the man who built the church during the 12th-century and beautiful interior ornamentation. You will witness arabesque motif Byzantine mosaics and enjoy the frescoed floor.

Your tour guide will take you one level below the ground to visit 4th-century basilica. Here, your guide will inform you about St. Clemente and St. Alexius. His lives were also depicted in frescoes available on this floor.

After you complete this tour, you will start the second part where you will visit Santi Quattro Coronati Church. You will learn more about the history of this church and how it was named. You can also witness the beautiful frescoes that date back to the 13th-century in Oratorio di San Silvestro and witness the Costantino legend.

Here, you can learn more about this character and how the building was used as a bastion.

Dedicated to the Pope who was third in succession after Saint Peter, it is one of the better preserved medieval Roman churches. Originally built in the V cent., and destroyed by the Normans in 1084 it was reconstructed in 1108 by Paschal II, on the mound of the previous edifice. (The original church had been built on ruins of the Imperial Period, and on an ancient Roman house of the Republican Period).

We enter the single aisled basilica from a side-door. The atrium, with its quadriportus is the only specimen of its kind in Rome (c. 1108). The aisles are separated by 16 Roman columns; the pavement is Cosmatesque. In the center is the beautiful Choir which had been in the lower Church. On the sides of the choir are the ambones, and a handsome Paschal candelabrum. The presbytery is separated from the choir by a screen of sculptured marble panels of the XII cent, (plutei and transenne). In the presbytery, which is above the crypt with the remains of Saint Clement, is the Tabernacle, supported by four noteworthy ancient columns of pavonazzetto. In the apse is the magnificent mosaic of the Triumph of the Cross, of the Roman school of the XII cent., radiant with colour, and harmonius in composition.

Here, the Crucifix, with 12 doves symbolizes the apostles above a multitude of persons. At the beginning of the left aisle, is the famous Chapel of Saint Catherine of Alexandria adorned with the graceful frescoes of Masolino da Panicale (1431 c), which portray: Scenes from the Lives of the Saint, and of Saint Ambrose; Crucifixion; Annunciation; Saint Christopher. From the Sacristy, we descend to the Lower Church.

Participants will also have a chance to walk inside of the Christian catacombs, witness the iconography of burial areas and bones of 4000 priests at Capuchin Crypts, which belong to the Cap […]
Rome Segway Tour by Night
30/32 Via Celimontana 0.13 km

Youll after that take pleasure in a 30-minute training session to assist you obtain comfortable on your Segway. Within mins youll realize just exactly how easy and user-friendly it is. Well […]
Fiat 500 Driving Tour by Night
44 Via Annia 0.19 km

Yet you are as a lot an attraction as the Roman Forum and narrow roads of Trastevere from the seat of your candy-colored automobile. Stop from time-to-time to take pictures of sites en rout […]
Colosseum Express-Guided Tour
14 Via di San Giovanni in Laterano 0.25 km

Then, discover the spectacular monument at your own pace and get fast track entry to the Roman Forum and Palatine Hill.
Full-Day Tour: Colosseum, Roman Forum and Vatican City

Your guide will inform you everything about this world's biggest amphitheater including the gladiator traditions and fights. You will also have a chance to learn more about the complex Roma […]
Ancient Rome and City Highlights Segway Tour
2 Piazza del Colosseo 0.32 km

If you have actually never ever been on a Segway in the past, you remain in for a treat. It's a fun method to navigate the 7 hills of Rome, and your overview will show you all one of the mo […]
Colosseum Guided Tour with 3D Virtual Reality Experience
1 Piazza del Colosseo 0.35 km

Your adventure will certainly be improved much more by virtual reality remodelings of the bordering architecture so you can obtain a suggestion of what Ancient Rome actually appeared like h […]
Popular
Colosseum Priority Entrance + Arena Floor, Roman Forum and Palatine Hill
1 Piazza del Colosseo 0.36 km

Built in the middle of the broad valley between the Palatine, the Esquiline and the Caelian hills, the largest of the monuments of ancient Rome became quickly and inevitably the "Colossus" […]
Skip the Line: Colosseum, Roman Forum and Palatine Hill Package
1 Piazza del Colosseo 0.37 km

Skip the lengthy queue for the entry-ticket line and go straight to the fast lane entry for safety and security checks. After going into the Roman Colosseum at your assigned time, experienc […]
12...17