This exceptional trip includes, among other galleries of the Vatican corridors, a tour of the Pine Courtyard, Belvedere Courtyard, the Gallery of the Maps, Candelabra Gallery, Pio Clementino’s Rooms, the Tapestry Gallery, Raphael Rooms (only throughout the early morning trips) and a comprehensive visit of the Sistine Chapel. Take a 3-hour tour of one of the holiest sites in Christendom on this guided walking trip to the Vatican Museums.

In 800 AD when the Pope crowned Chariemagne emperor of the Holy Roman Empire, it seemed as though the old grandeur was revived again. lt was an illusion. Rome was to witness the long struggle between the papacy and the feudal nobles, and above all between the Pope and the Emperor (struggle for investiture) which gave her historical importance but also left her weakened. In 1305 the Pope was forced to transfer the papal seat of Christianity to Avignon where it remained until 1367. There now followed two difficult centuries (until the imperial sack of Rome in 1527), but meanwhile the papacy was growing in power and splendour both in art and culture.

Popes such as Julius II and Leo X created the great Renaissance and Baroque Rome by commissioning monuments and works of art of unusual splendour to artists such as Michelangelo, Bramante, Raphael. The architects Bernini and Borromini built splendid palaces and churches in response to the Protestant Reformation. Baroque Rome with its fountains, gardens and palaces, is one of the highlights of Western culture. Now begins a new age: at the end of the 18th century the influence of the French Revolution made itself felt; Pius VI was deported to France and the short-lived Roman Republic was established. After the Restoration, Napoleon weakened the papacy.lt resurged under Pius II who regained temporal power Because of the Risorgimento, the Pope was once more forced to flee, and the Republic of the Mazzinian Triumvirate was established.

On the 20th of September Italian troops entered Rome, thus putting an end to the temporal power of the Pope and Rome became the new capital of Italy. For half a century there was a cold war between the papacy and the Italian state, ending with the Lateran Pact in 1929 by which date Fascism had taken over. The Pope is now once more the head of Christianity and the head of the smallest state in the world: the Vatican City Mussolini’s Fascist rule tried to bring back to Rome the glories of its antique splendours by demolishing edifices, building avenues, stadiums and monuments. The war, the invasion of Rome by the Germans, the heroic resistance of the Romans and the end of the monarchy mark the birth of the new Italian Republic. After World War II, Rome has seen: urban growth, increase in population, the years of the “Dolce Vita” (when Rome was capital of the world-renowned Italian cinema) and political problems. lt is now preparing itself for the new great world event, the Jubilee of the year 2000. 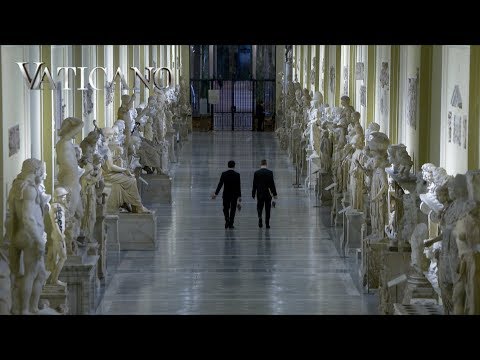 This will be the fastest option offered that will also make it available for you to make your own plan. Additionally, audio guidance is also included. Spend some time to explore sarcophagi, […]
Vatican Museums and Sistine Chapel Fast - Track Entry
100 Viale Vaticano 0.06 km

Marvel at the frescoes in the Sistine Chapel and obtain privileged entryway to St. Peter's Basilica. Piazza San Pietro Saint Peter's Square, the centre of Christianity for over a thousand […]
Best of Rome Pack: Roma Super Pass
97 Viale Vaticano 0.09 km

With this ticket to the best littles Rome, you'll bypass the waiting travelers and get easy access to Rome's major sights. If you're quickly you can see the Vatican Museums and Sistine Chap […]
Vatican & St. Peter’s Basilica and Vatacombs Tour
Unnamed Road 0.1 km

See among the most important collections of art in the world at the Vatican Museums, which consist of more than 1,200 rooms. This tour include the Rooms of Raphael, the Sistine Chapel and t […]
Vatican Museums and Sistine Chapel by Night Guided Tour
3 Via Santamaura 0.1 km

Skip the lines and take pleasure in the galleries when the large crowds have departed. See work of arts by Raphael, Michelangelo, and more.
Vatican Museums Last Minute Tickets
95 Viale Vaticano 0.11 km

Once within, explore this mind-blowing collection of Renaissance art, and its crowning glory, the Sistine Chapel, at your own leisure. See Michelangelo's handiwork, and along the way, Rapha […]
Vatican & Sistine Chapel Guided Tour for Kids
1 Via Sebastiano Veniero 0.12 km

Dream your kids immersed in rich tradition and ancient wonders with a regional English-speaking guide that makes learning fun. Give your family members the experience of a lifetime on this […]
Early Entry Vatican Museums and Small-Group Tour with St. Peter’s and Sistine Chapel

Get in through a reserved entrance to avoid the lines, and stay a step ahead of the big crowds on this carefully prepared route that ensures you take advantage of your time. Get in the UNES […]
Special Breakfast at the Vatican with Early Entry to Museums and Sistine Chapel (VIP Tour)
89 Viale Vaticano 0.18 km

You'll explore the Vatican Museums prior to they open to the general public so you can appreciate well-known views like the Sistine Chapel and Raphael's Rooms in a more intimate environment […]
12...17