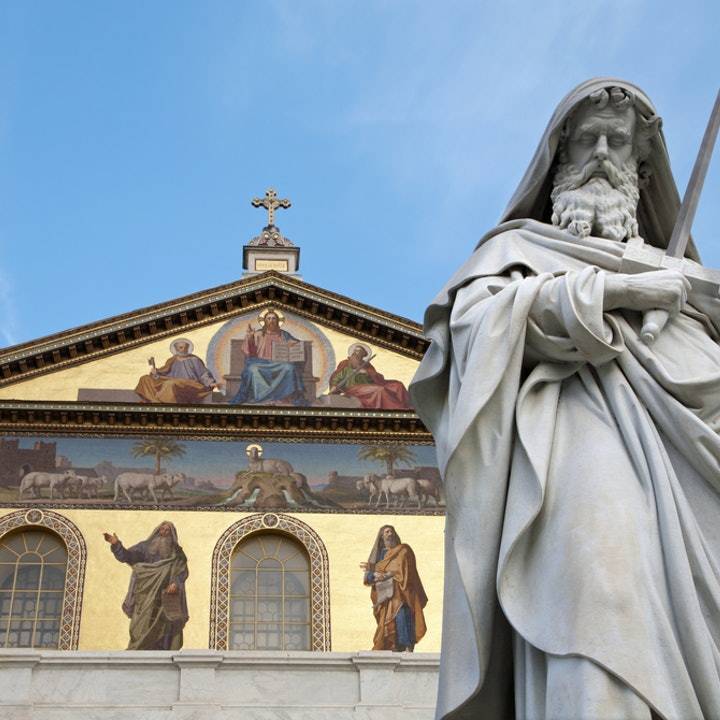 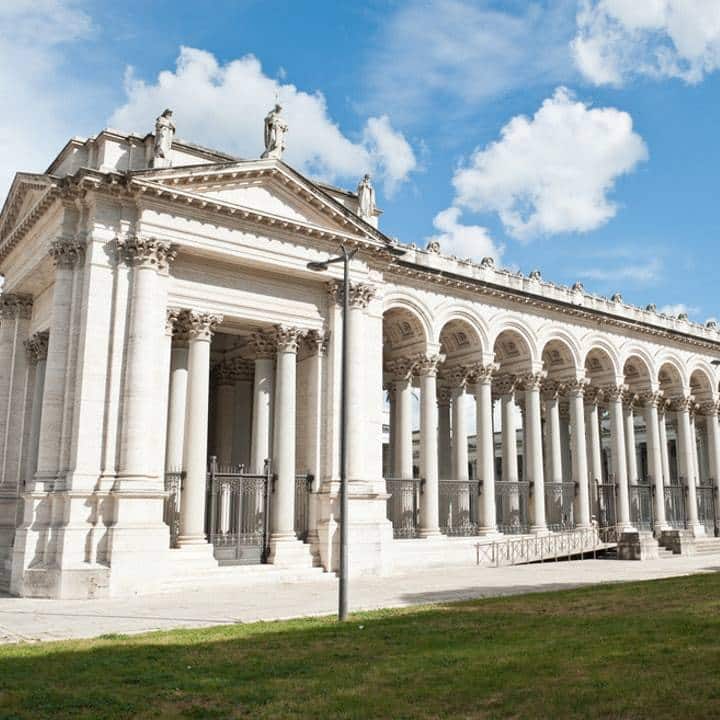 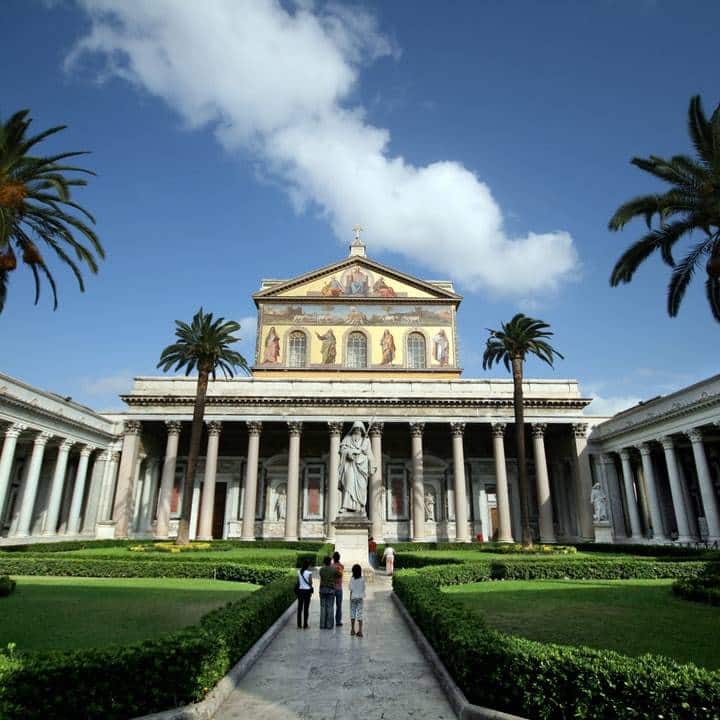 Discover the biggest church in Rome after St Peter’s, initally established by Emperor Constantine the Great in the fourth century!

Discover the remarkable background of St. Paul’s Basilica outside the walls and choose from 2 audio guides: focus on the church itself, or go luxurious and find out about (and see) the Cloisters, the Pinacoteca and the Archaeological Area.

Find more about the life of a monk when you check out the Cloisters, constructed in between 1208 and 1235, and see genuine relics.

St Paul left Palestine for Rome in around AD 60. A few years later, perhaps following the burning of the city by Nero (54-68) in 64, the apostle was sentenced to death.

His status as a Roman citizen entitled him to be beheaded. He was buried by his disciples outside the city alongside the Via Ostiensis (modern Via Ostiense). The Emperor Constantine (312-337), eager to create a magnificent setting for the saint’s tomb, erected the first basilica in 324.

Even before the century ended, the influx of pilgrims was so great that the building could not accommodate them. It was enlarged to the extent that it now dwarfed the contemporary St Peter’s. This ‘major’ basilica suffered less in the way of disasters than its sister church of St John Lateran until the night of 15-16 July 1823, when fire swept through the roof timbers and destroyed Constantine’s venerable foundation.

Nowadays pilgrims still flock from all around the world to the latest St Paul’s, a faithful if somewhat cold-looking replica.

Throughout rebuilding of the Capitoline Museums in 1997, old Greek and Roman statues were transferred to the Centrale Montemartini for short-term exhibit. The exhibit of gods and devices wa […]
Gladiator School of Rome: Gladiator Training
18 Via Appia Antica 2.22 km

Found on the Appian Way, nearby the Colosseum, this course is a special and interactive method to learn about ancient Roman history, activities, and society. Your friends and family members […]
Gladiator Museum Tickets
18 Via Appia Antica 2.22 km

At the amusement focused Luneur Park, everything from decoration to the activities are designed for children. See them enjoying the rollercoaster with caterpillar design, support elves to g […]
Bike Tour: Ancient Appian Way, Aqueducts and Christian Catacombs
40 Via Appia Antica 2.38 km

You will have the chance to see the ancient tombs and remains of an Imperial Palace. On your way, listen to your guide because he will tell all interesting facts and historical cases about […]
Baths of Caracalla Tickets (with Video Guide)
Unnamed Road 2.66 km

With an audio guideline, you can explore all 25 hectares of what's now the best-preserved ancient bathing area in the city. Imagine the tinted marble, repainted stuccos, mosaics, glass and […]
Catacombs of St.Callixtus Guided Tour
110/126 Via Appia Antica 2.66 km

The catacombs are eternal homes of many martyrs, 16 popes, and several Roman Christians. The little Vatican, family tombs, the Crypt of St. Cecilia – explore more than these three with your […]
Underground of Rome and Catacombs Guided Tour
110/126 Via Appia Antica 2.66 km

With the shuttle bus leaving from the meeting point that will be shared with you, go to the Catacombs of St. Callixtus and meet your expert guide to start your tour through the ancient tunn […]
Food and Wine Tasting Guided Rome Tour
33 Viale di Trastevere 2.95 km

Soak up the dynamic environment of the bustling coffees and street musicians at the beginning of the Roman tradition of "aperitif." Meet with your tour guide at the best place for a trip co […]
Twilight Trastevere: Eating Europe Food Tour
105 Viale di Trastevere 3.1 km

You can not leave Eternal City without going through these streets, tasting the very best food available, and taking a million photos of this amazing hotspot. On this live guided 4 hours st […]
12...17