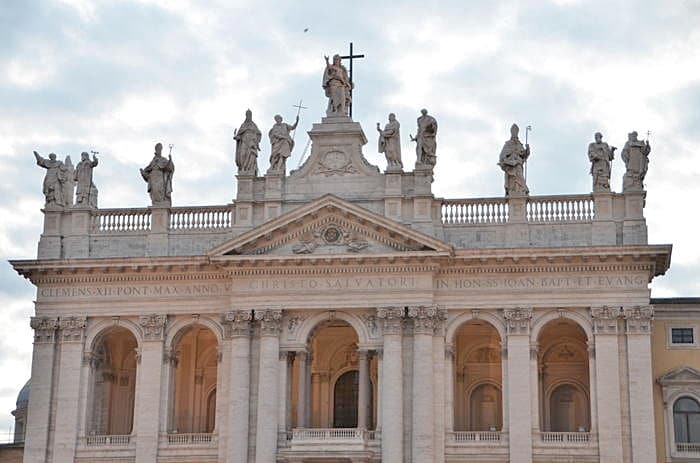 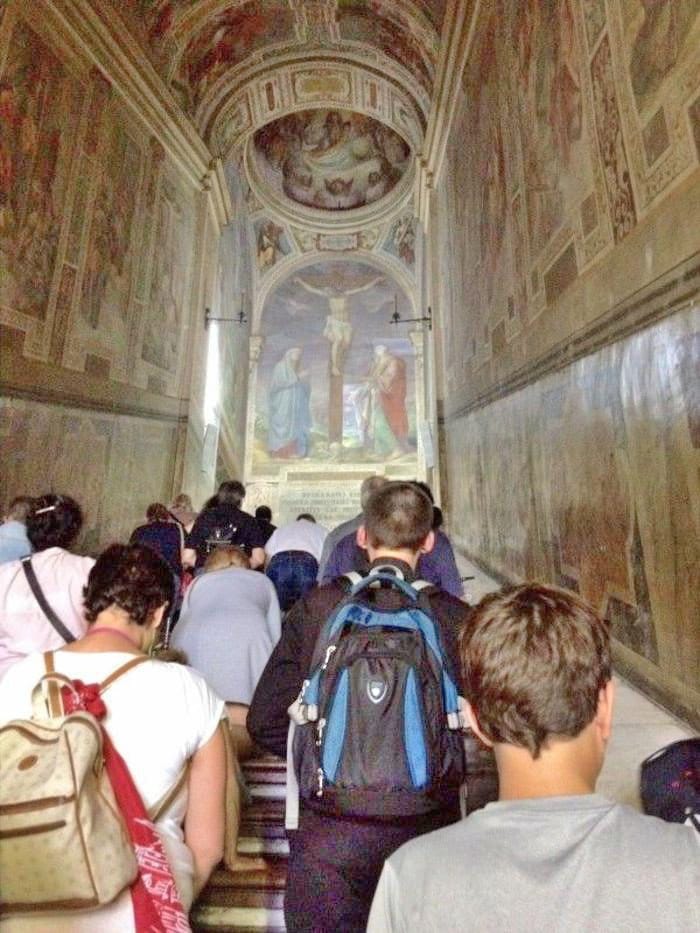 Discover the highlights of early Christian Rome with this amazing 3 hours mid-day strolling trip via foot and bus. Led by a well-informed driver-guide, get an expert’s view of the Rome and its Christian background.

Stops include the Basilica of Sant Maria Maggiore, the Basilica of St. John Lateran. And afterwards go underground by taking a look at the intriguing catacombs, a very early Christian interment place simply outside of the city at the Appian Way.

The Basilica of San Giovanni in Laterano is perhaps the most ancient of Christian churches. It is held to be the most important after Saint Peters, because it is the Cathedral of Rome. In the central space between the transepts is an altar where only the Pope, the bishop of Rome, can celebrate mass. As in all major basilicas, the entrance is preceded by a large portico; here is placed a statue of Constantine.

The basilica has five doors; the one on the extreme right can only be opened during Holy Year like that one in Saint Peters. The facade of San Giovanni in Laterano is a masterpiece by Alessandro Galilei (1732) showing strong influences of the Baroque and Neo-classicism. Fifteen colossal statues crown the facade. the most conspicuous being that of Christ.

The evocative and beautiful interior has five naves built in 1650 by Francesco Borromini. The transept is earlier and contains a beautiful tabernacle by Giovanni di Stefano.The left side of the transept leads to the extraordinary Cloister, a true masterpiece of the 13th century by the Vassalletto family Very close to the church is an antique Baptistery commissioned by Constantine at the same time as the basilica; it is octagonal and in the centre is a green basalt urn, once a baptismal font.

This grandiose church stands on the Esquihne Hill. It was built under the pontificate of Sixtus III in the early 15th century and its Romanesque bell tower is the highest in Rome (75 metres). The mid-l8th century facade has five arches and a loggia by Ferdinando Fuga (in the loggia lovely mosaics from a previous facade). Inside there are three naves, a beautiful pavement with geometric designs, and a coffered ceiling by Giuliano da Sangallo.

Along the central nave are thirty six mosaic panels depicting scenes from the Old Testament. The mosaics over the Triumphal Arch, which represent scenes from the Life of Jesus and the Virgin and those over the apse by JacopoTorriti (1295 with the triumph of Maria) are beautiful.

These mosaics, which span several centuries, are amongst the most precious and beautiful in existence. Noteworthy are also the chapels of this basilica: the Sistine Chapel (built by Domenico Fontana for Pope Sixtus V) and the Paolina Chapel (built by Flaminio Ponzi for Pope Paul V).

Next one is St. Mary Major Basilica where you can see stunning collections of handmade and historical objects. You will be amazed by the Crypt of the Nativity and the mosaics. The next stop […]
Basilica of St. John Lateran Tickets
4 Piazza di S. Giovanni in Laterano 0.1 km

The Holy Door is opened by the Pope every 25 years, so you'll probably need to get in via the main bronze door which once stood in the Senate hall in the Roman Forum. The basilica is home t […]
Christian Rome with Underground Basilicas 3-Hour Guided Tour
4 Piazza di S. Giovanni in Laterano 0.13 km

Delight in a half-day strolling tour of Christian Rome and explore underground treasury in a few of the most astonishing churches. Your tour guide will certainly inform you remarkable reali […]
Private Tour for St. John Lateran, Holy Stairs, and Baptistery
42 Via Locri 0.14 km

You will also have a chance to admire the central nave and amazing sculptures together with a ceiling that was decorated by Borromini in the 16th century. After this, you are going to enter […]
Christian Rome 6-Hour Private Tour
4 Piazza di S. Giovanni in Laterano 0.17 km

Interesting sculptures by Lucio Fontana, Antonietta Raphael, Giuseppe Penone and Pericle Fazzini can be viewed on the ground floor. You can feel tranquil atmosphere in the beautifully desig […]
Rome: Crypts and Catacombs Tour
20 Via dei Santi Quattro 0.58 km

Participants will also have a chance to walk inside of the Christian catacombs, witness the iconography of burial areas and bones of 4000 priests at Capuchin Crypts, which belong to the Cap […]
Semi-Private St. Clemente & Quattro Coronati Church Tour
106 Via di San Giovanni in Laterano 0.68 km

You will have to pay your entrance fee but your tour guide will help you to skip the line to quickly start your tour. Here, you will learn more about the famous 3-tiered basilica. This stru […]
Rome Segway Tour by Night
30/32 Via Celimontana 0.71 km

Youll after that take pleasure in a 30-minute training session to assist you obtain comfortable on your Segway. Within mins youll realize just exactly how easy and user-friendly it is. Well […]
Fiat 500 Driving Tour by Night
44 Via Annia 0.74 km