If you are an art lover, it can be difficult for you to decide which place to see or which experience to give a try since every corner of Rome offers amazing ones. For unique collection of sculptures, mosaics, works of art, jewelry and more, visit Palazzo Massimo.

The collection at Palazzo Massimo is like a gate to see the ancient Rome and it has been created by the National Museum of Rome studiously. Visit this place from Renaissance era to explore the coins spent in the Colosseum, statues of Greek gods that look like alive and more.

The display on the ground floor is arranged in three galleries and eight rooms around a central courrvard. In the First Gollerv are ten portraits from the late Republican period In the First Room, the visitor’s attention is drawn to the marble statue ot the so called General of Tivoli (70 BC) , found at Tivoli in the temple of Hercules Victor.

In the Fifth Room is the Aitaustus of Via labieaua, in which the emperor appears in the clothing of the Pontifex Maximus, the saviour of the homeland. Several of the Greek sculptures in the Seventh Room come from the area of Sallust’s Gardens Rome’s Fudovisi neighbourhood, once owned by the roman historian Sallust, and before that by Julius Caesar. The masterpiece of the room is the Niobide 440 BC . It represents a daughter of Niobe in the act of pulling an arrow out of her back, which Diana had shot In the Fright h Room are copies of works bv Greek sculp tors made for Roman political figures who wanted to possess Greek works. 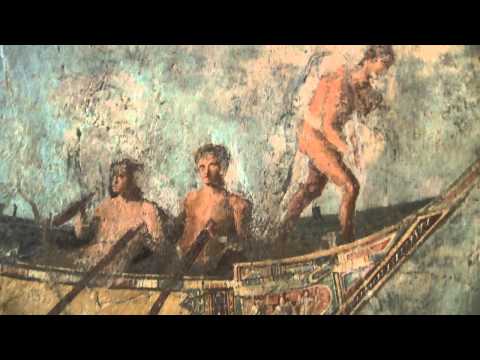 See the sights of Rome at your own speed on board an open-top hop-on and hop-off sightseeing bus. Gain access to 2 loops in the historical city center to visit sites such as the Spanish Ste […]
5 Day Italy Tour: from Rome
18 Via Cavour 0.16 km

The tour starts in Rome and you will visit 8 more cities including Montepulciano, Venice, Padova, Bologna, Pisa, Florence, Assisi, and Siena. During the tour, you will have a chance to see […]
Assisi and Orvieto Day Tour from Rome
5 Via Daniele Manin 0.18 km

During the tour, you are going to taste some of the finest local products and wines of Tuscany as well as learn more about Umbria's religious architecture. Both destinations are located in […]
Roma Pass: 48 Hours & 72 Hours
10 Piazza della Repubblica 0.22 km

Save cash with extra discount rates for other must-see museums and great sites and Ride all of Rome's public transport for free.
Capri from Rome: Full-Day Tour
10 Piazza della Repubblica 0.23 km

You will hit the road from southern Rome and arrive in Naples. From here you will reach the port but before it, you will have enough time to enjoy the panoramic tour. It takes 45 minutes to […]
City Sightseeing: Hop-on Hop-off Bus Rome

You can enjoy comfortable and cozy design of the bus and with audio-guide, you can learn about the history surrounding you. See many historical and touristic places like the Colosseum or th […]
National Roman Museum Tickets with Video Guide
76 Viale Enrico de Nicola 0.28 km

Ancient Roman people were coming this place to socialize, to get fit, to discuss politics with others and even to gossip. Imagine that you are an ancient Roman in the ancient Rome times and […]
Direct Bus Transfer: Fiumicino Airport - Rome Termini
1 Piazza dei Cinquecento 0.3 km

You do not have to pay any fee for luggage and booking too! All direct transfers are carried out with air-conditioned and comfortable buses. You can find your direct transfer bus depot outs […]
Milan from Rome: Full-Day Tour by Train
1 Piazza dei Cinquecento 0.3 km

Cathedral and famous square, Church of San Gottardo and Cathedral Museum are some of the destinations you are going to visit during the tour. You will also witness the rich art and architec […]
12...17