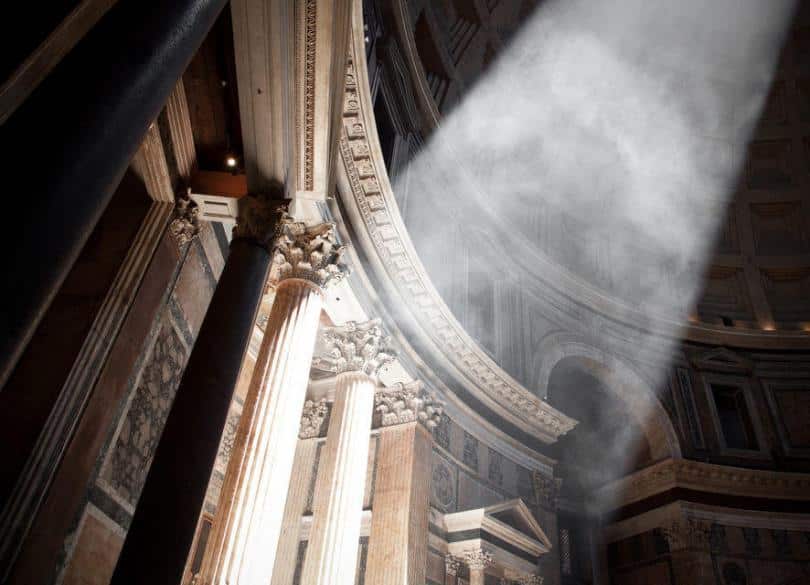 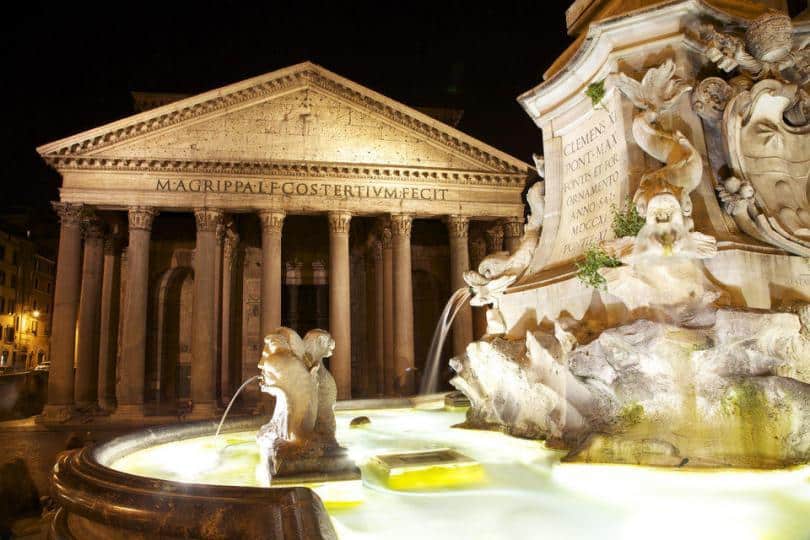 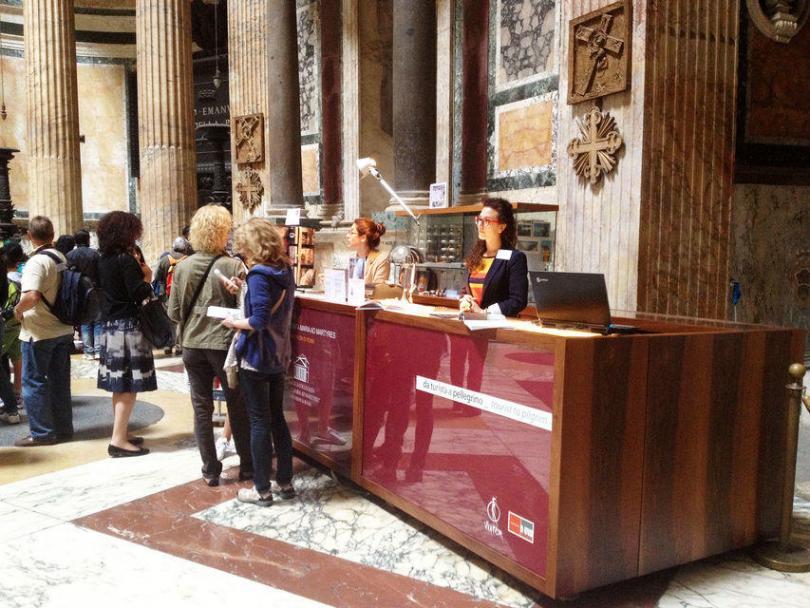 Get a 35-minute audio guide tour of the Pantheon to learn about its remarkable history and also exactly how it transformed from a pagan sanctuary to a Christian church.

Make your method to the Pantheon to explore the best-preserved monument of ancient Rome. Collect your audio guide at the desk inside the Pantheon to start learning about its interesting history.

Utilize 15 listening points and a map to locate sights inside the basilica. Learn the history of the building and how it later on used as a church and a mausoleum.

Temple of All the Gods, the largest and most complete building of ancient Rome to have come down to us, is a breathtaking experience. The huge concrete dome with its central oculus open to the sky represented a major engineering feat when it was constructed about ad 125. The date has been established from brickmakers’ marks on the bricks, as reliable a dating method as silversmiths’ markings in modern times.

Although the Pantheon seems a gloomy place inside takes your time to examine what remains of the original decoration- a white marble cornice with a porphyry frieze. This was one of the key buildings of the ancient world and its influence upon European architecture has been immense.

The bold inscription on the pediment attributing the Pantheon to the Consul Marcus Agrippa (27 bc) is misleading. Agrippa’s Pantheon was destroyed by fire and rebuilt 1 50 years later by Emperor Hadrian who modestly left the original inscription.

The pagan Pantheon became a Christian church in ad 608 when it was rededicated to all the martyrs of Christendom. Twenty-eight cartloads of bones of early Christian martyrs were scooped up out of the catacombs and reburied under the fabric on the orders of Pope Boniface IV.

Later Popes and Emperors stripped the Pantheon of its fine gilded bronze roof and most of its interior marble decoration.

The great bronze doors are the originals. For centuries the Piazza was Rome’s fish market, then in the 19th century, it became a bird market in the days before the Italians had shot most of their wildlife out of the sky.

The pagan gods having long been removed from the niches inside, the Pantheon was considered a suitable resting place for the first two kings of modern Italy- Vittorio Emanuele II and Umberto I. Several famous Renaissance artists including the ‘divine’ Raphael are also buried here.

You'll stroll along patched laneways, quiting to see famous tourist attractions like the Trevi Fountain, Piazza Navona, the Spanish Steps and the Pantheon. A break for gelato or a cup of co […]
Pantheon Guided Tour
26 Via della Palombella 0.03 km

Find out how the structure influenced one of the excellent artists of the Renaissance when Raphael chose it as his place of eternal rest. Established by Marcus Agrippa in between 25 and 27 […]
Ancient Monuments of Rome Small Group Guided Tour
82 Via della Minerva 0.03 km

Meet your tour guide by the Colosseum, the greatest amphitheater constructed by the Romans. Your guide will certainly bring 2,000 years of background to life, informing stories of the relen […]
Rome City Tour: Pantheon, Trevi, Colosseum and Roman Forum
78 Piazza della Minerva 0.06 km

Your experienced tour guide will help you get informed about these recent and ancient landmarks in Rome. You will have the chance to learn more information about the stories and history of […]
Rome: Digital City Tour App
77 Piazza della Minerva 0.07 km

Future is in your hands – why to waste your time with crowded group tours when you are able to explore the best places of the Eternal City by yourself with your headphones and mobile phone? […]
Piazza Navona Underground Tour with Audio Guide
95 Piazza Navona 0.29 km

Colonna Gallery is housed inside the Colonna Palace, which is just as a lot an artwork as the prizes it includes. The structure includes luxurious frescoes and also wonderfully comprehensiv […]
Guided Rome Tour by Night with Pizza and Gelato
Piazza Navona 0.31 km

Enjoy the Pantheon, one of one of the most well-preserved old temples in the world. Walk with Navona Square, the most stunning square in Rome. Here you will see 3 grand fountains, including […]
Piazza Navona with Underground, Pantheon and Trevi Fountain Walking Tour
84 Punto Navona 0.32 km

Don’t forget to toss a coin into the Trevi Fountain at the end of your tour and to experience stunning view of Roman Forum. Historical Background Piazza Navona is a jewel of the Roman Baro […]
Palazzo Braschi Tickets
10 Piazza di San Pantaleo 0.36 km