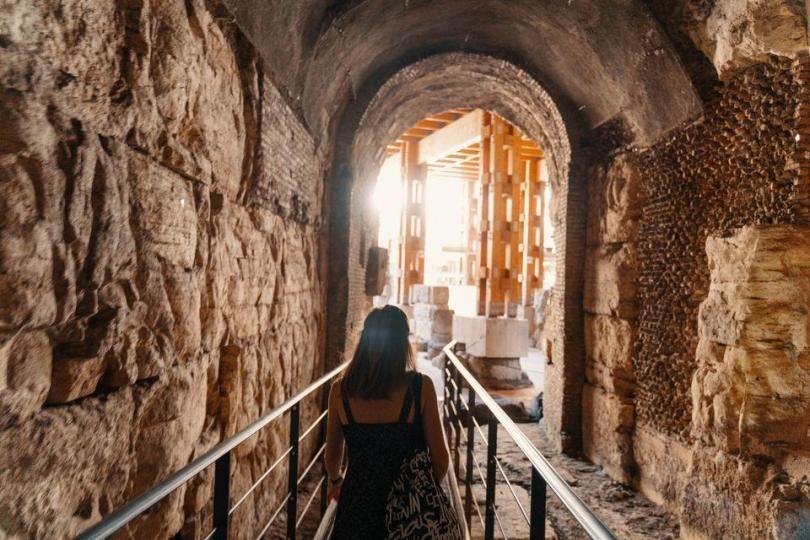 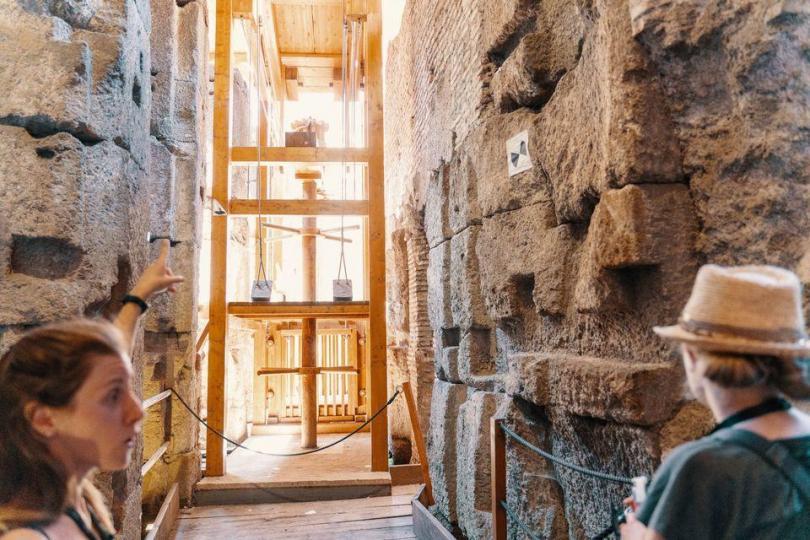 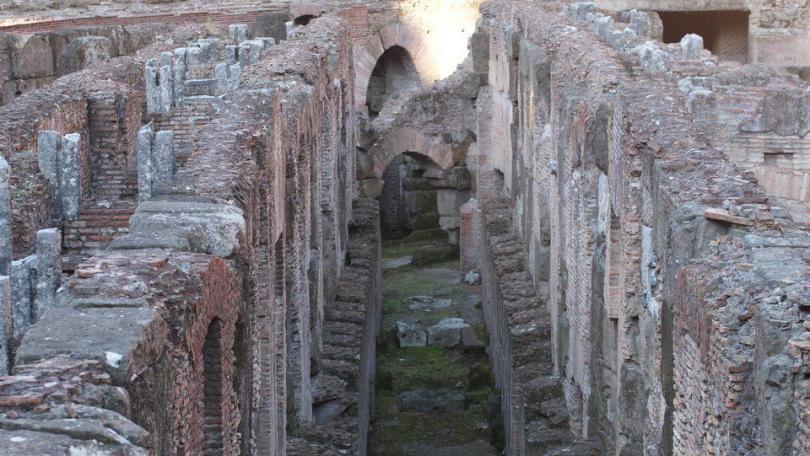 Don’t wait in the line and start exploring the normally restricted underground levels of this worldwide known ancient amphitheater.

Subterranean tunnels and chambers will welcome you and after, you will head towards the Palatine Hill and Roman Forum, with your professional guide. Incline your ears to your guide while he is telling you stories about the ancient life in Rome.

Explore the Roman Forum, where the politics and daily life were combined in ancient Rome. You will walk on the Sacred Way, as known as “Via Sacra”, while you are heading to the temple of Vestal Virgins, astonishing triumphal arches and the ancient Senate building. In order to experience one of the most amazing views in the Rome, head towards the Palatine Hill.

The history of Rome goes back about three thousand years. It is one of the oldest and most important cities in the world. Latin, which has its origins in Rome, has dominated culture for two thousand years; law, born in Rome, has inspired Western law codes; art and Roman architectural styles have been used as models for centuries in the most advanced countries.

The influence of this city, first as the centre of the Roman Empire, then as the centre of Christianity, has no equal in the history of the Western world. Its beginnings, however, are mysterious. Its very name is an enigma: does it derive from “stroma” (city of the river), from “ruma” (an Etruscan name), or from the legendary Romulus, who might have founded the city with his brother Remus? This much is certain: Rome originated on the Palatine Hill as a village of shepherds and farmers, and entered history around 753 BC, the traditional date of its founding. At first it was governed by seven kings: Romans and Sabines intermingled and for a few centuries the city was dominated by its neighbours, the mysterious Etruscans.

The Etruscans were later chased from the city and in 509 BC the city became a Republic governed by two consuls. At first aristocratic, Republican Rome adopted a harsh form of democracy and established in 494 BC the Tribune of the People, who defended the people against abuse at the hands of those holding power In the meantime, Rome’s political importance was increasing. By 270 BC virtually the whole of Italy was under Roman dominion which very quickly extended its power beyond the boundaries of the peninsula until it became a huge empire. Under Augustus, the first emperor, imperial Rome reached its zenith, after which started a slow decadence: corrupt emperors (Nero, Caligula, Claudius), the spread of Christianity, the very size of the Empire, the enormous costs of the armies, the pressure of the barbarians along its frontiers.

In 313 AD Constantine acknowledged Christianity as a valid religion and Theodosius in 380 AD proclaimed it as the one and only religion of the Empire. Now the barbarians were closing in: first Alaric then Attila ransacked Rome which consequently was reduced to a minor city in the eastern Byzantine empire. By installing himself in St. Peter’s See, the increasingly powerful Pope made Rome the centre of Christianity.

Your professional tour guide will certainly take you behind the scenes right into locations that are generally not permitted. And also, see the Palatine Hill and Roman Forum. Start your gui […]
Colosseum + Underground: 3.5-Hour Professional Guided Tour
Piazza del Arco di Costantino 0.05 km

Prior to walking into the Flavian Amphitheatre, your tour guide will be waiting for you at the Colosseo Metro Station. You will be guided in such a way that you will feel the aura of the sp […]
Ancient Rome: Tickets + Guided Tour (English-Spanish, French, German or Russian)
Via Sacra 0.06 km

Wear state-of-art VR glasses before starting your virtual tour to the ancient square of Colosseum. Get ready to be amazed by the virtual experience that includes seeing the Temple of Rome a […]
Ancient Rome Tour with Colosseum Underground
58 Piazza del Colosseo 0.08 km

Get exclusive access to limited locations and examine the workings of the Colosseum beneath the arena floor! Avoid the lines to the main monuments of Ancient Rome on a small group guided tr […]
Colosseum and Ancient Rome Walking Tour
1 Piazza del Colosseo 0.08 km

The tour is led by professional guides who will explain the history of Rome and present you to some of the most infamous Roman emperors. Included with your fortunate priorty entryway to the […]
Ancient Rome Tour: Colosseum Underground, Arena Floor & Roman Forum
Piazza del Arco di Costantino 0.08 km

With your professional guide, discover the most well-known amphitheater in the world and inside the Colosseum, feel like you are living in the Roman Empire era. As an exclusive guest, enjoy […]
Colosseum Restricted Areas Tour: Arena and Underground
Piazza del Arco di Costantino 0.09 km

This amazing building, which is also classified by UNESCO as a World Heritage Site, is the biggest and the most well-preserved amphitheaters from ancient Rome. Do you know that the building […]
Colosseum Belvedere: Guided Tour
1 Piazza del Colosseo 0.11 km

Discover the Colosseum and also absorb those sights of the arena floor, when 60.000 toga-clad Roman people when was seated, stood up and also roared. Learn more about the gladiatorial right […]
Colosseum with Underground: Skip-the-Line Express Tour
58 Piazza del Colosseo 0.11 km