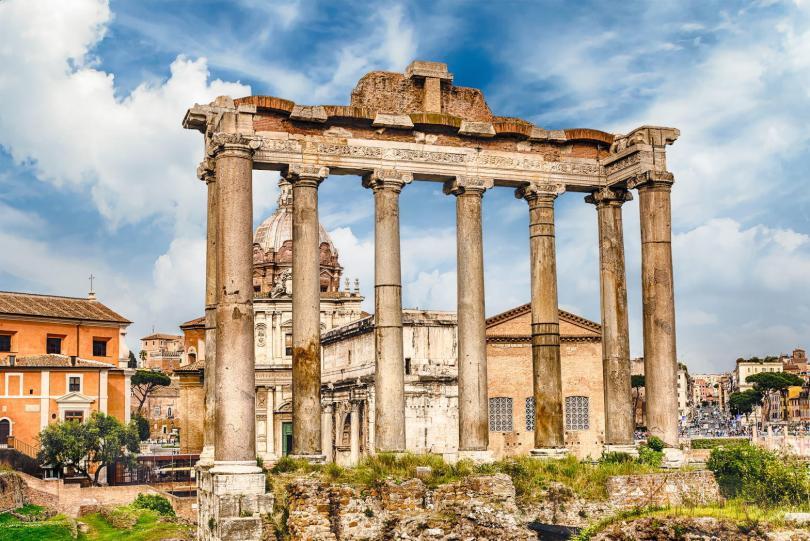 Temple of Saturn was among the earliest temples in Rome and was set up in 497 B.C. on the site, as told in the sources (Festus, Serviiis), of an altar which had actually likewise been devoted to Saturn and which was then kept in a location of its own, as exposed by the Forma Urbis (huge marble plan of the city from the time of Septimius Severus). 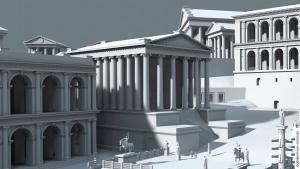 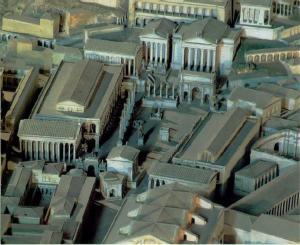 The ‘Saturnalia’ was one of the most essential days of festivities in the Roman year, an occasion when temporary freedom was given to slaves-servants and presents were exchanged. This day was always celebrated here on 17th December: it later came to be associated with New Year’s Day (and Christmas). Temple of Saturn was entirely reconstructed in 42 B.C. by the aedile L. Munazius Strategycus and the columns we see today survive from that time. It was again restored after fires in 283 A.D. and 400 A.D. 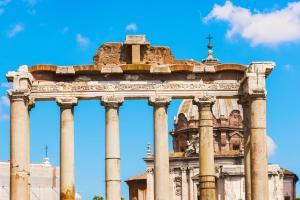 Columns from Temple of Saturn in Roman Forum in Rome, Italy. 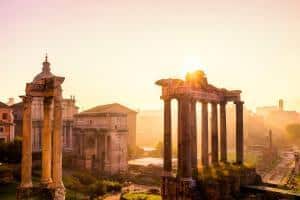 As shown by the engraving on the architrave, the temple was again brought back in A.D. 283 after a fire. The 6 columns in grey granite on the front, the 2 in red granite on the sides, and the pediment, consisting primarily of recycled blocks, come from this period. 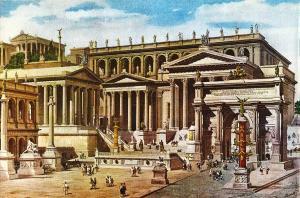 Even the columns do not constantly pair with the bases, which differ in design, and with the Ionic capitals. An avant-corps in front of the base included 2 podia, separated by a flight of stairs which caused the temple. Among these need to have consisted of the head office of the Roman State Treasury. The treasury (aerarium) was a room east of the narrow stairway. The holes for the lock can still be seen.

The threshold is still to be seen on the side facing the Forum. On the exact same side, a series of routinely organized holes exposes the existence of a rectangle-shaped panel on which the general public documents concerning the treasury should have been published. The cella of the temple consisted of the statue of the god which was brought in procession for triumphal rites. 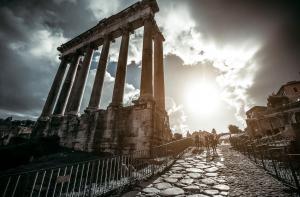 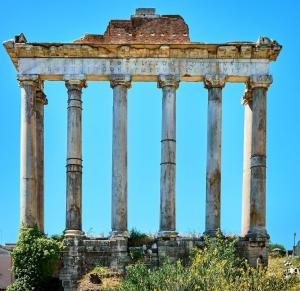 View of the Temple of Saturn at the Roman Forum, Rome. Inscription Reads: The Senate and People of Roma, restored following destruction by fire.

When this temple was constructed, Rome was going through an especially crucial period due to comprehensive scarcities, upsurges, and an extreme financial and commercial crisis which defined the years subsequent to the fall of the monarchy. 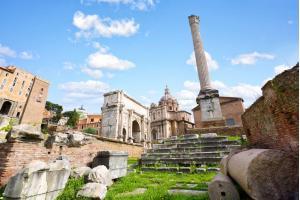 The last ancient structure in Roman Forum: Column of Phocas 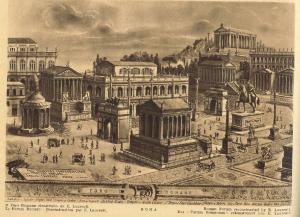 The base of a column opposite the podium of the Temple of Saturn is all that remains of the “Miliarium Aureum”, the column erected by emperor Augustus to indicate the ideal point on which converged the major roads of the Empire and on which may have recorded the distances of the principal cities from Rome.

The last ancient structure in Roman Forum was the undecorated column erected in 608 in honor of the Byzantine Emperor Phocas. After that, the structures began to decay. The forum was used for other purposes, churches and fortresses were crammed into it. It served as a quarry and a cow pasture. Not until the 18th and 19th centuries did systematic excavations reveal the ancient ruins beneath a layer of rubble that was 10-15m/30-50ft deep. Imagination and small plaster models are required to conjure up the Roman Forum of the imperial era; however, this does not reduce the evocative power of this unique place.

Temple of Saturn set in the Roman Forum, 0,75 km from (9 min walk) from Colosseum.