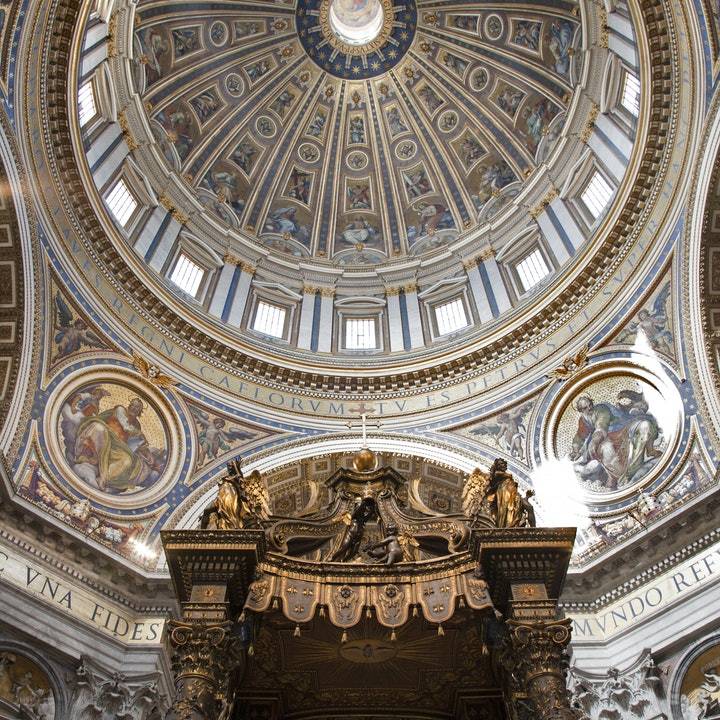 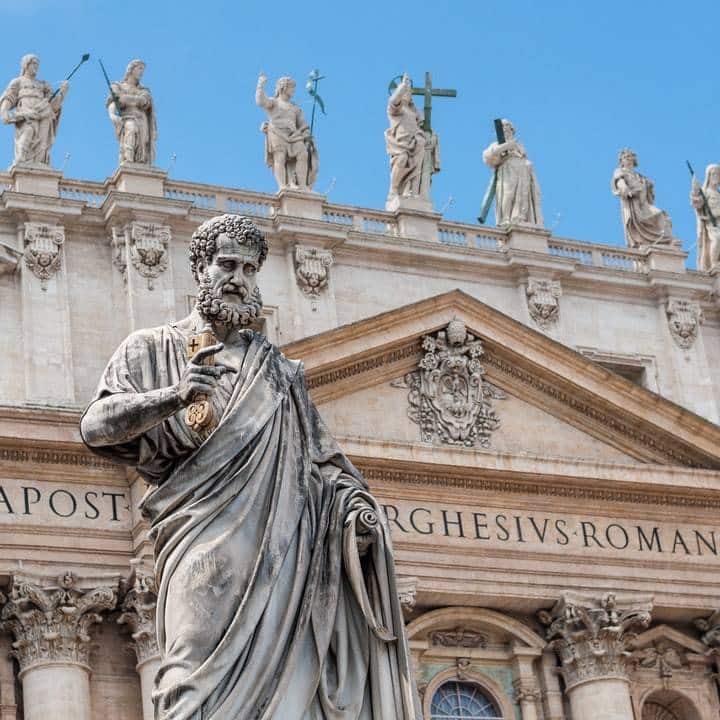 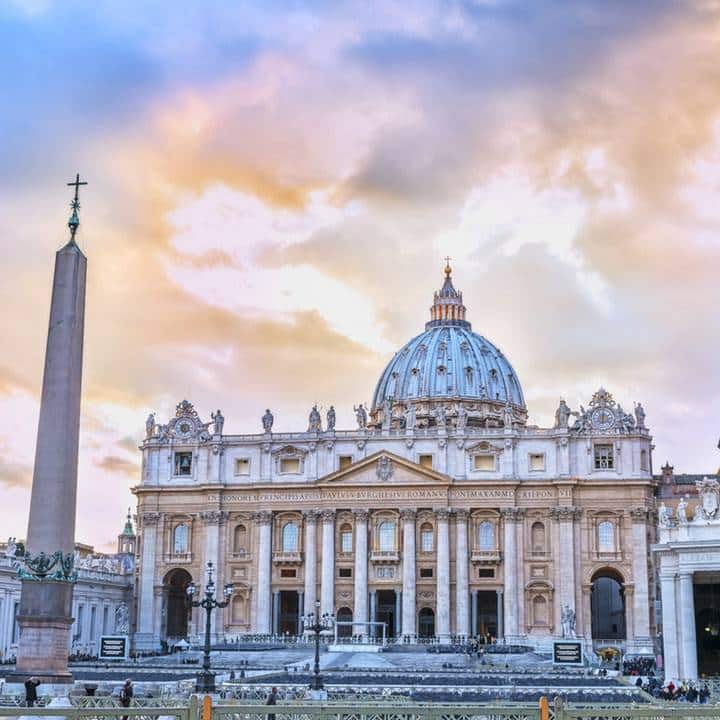 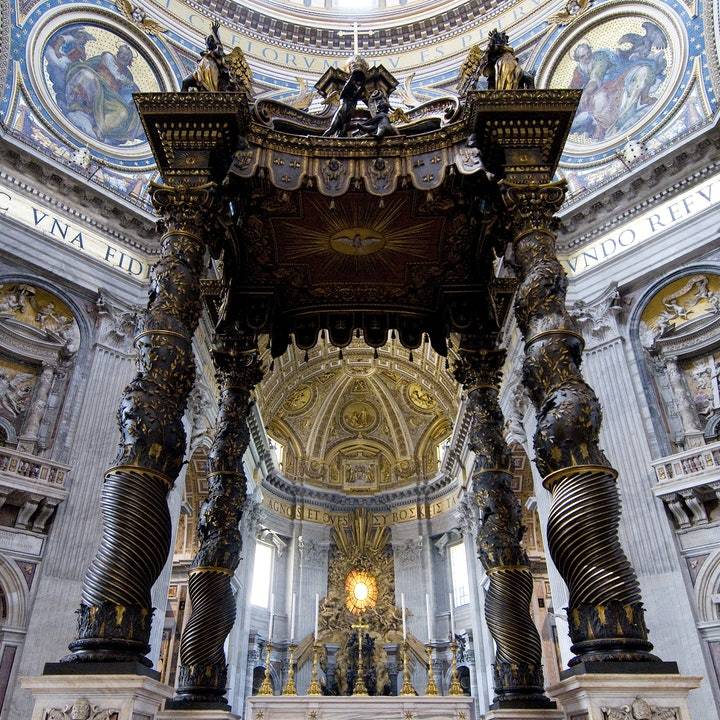 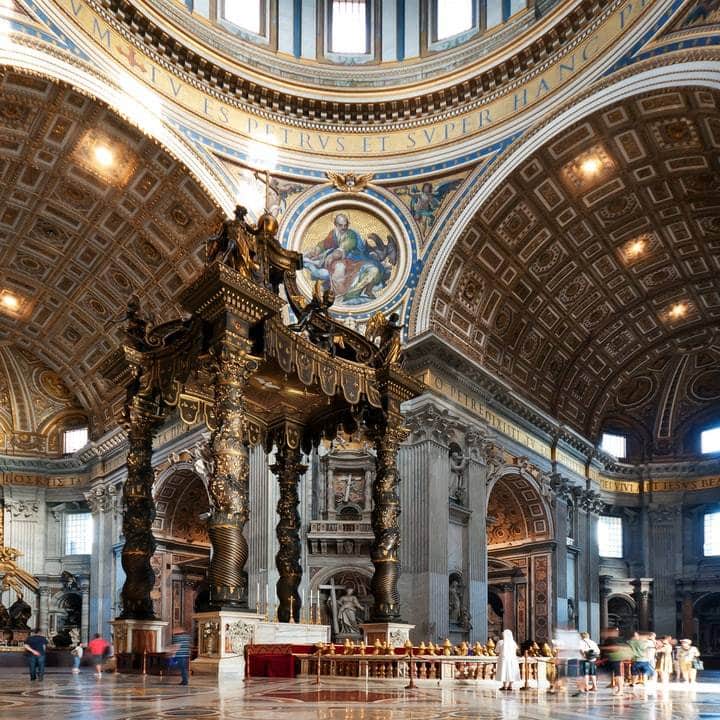 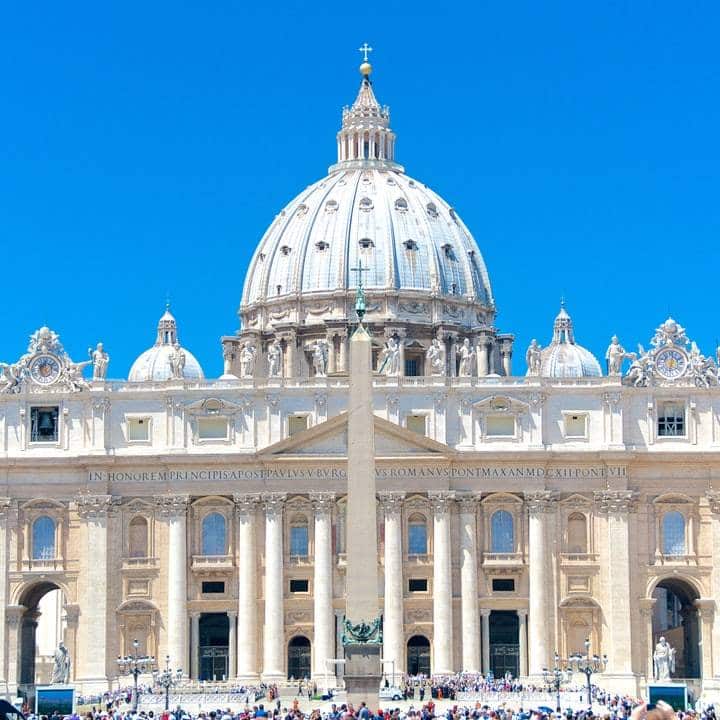 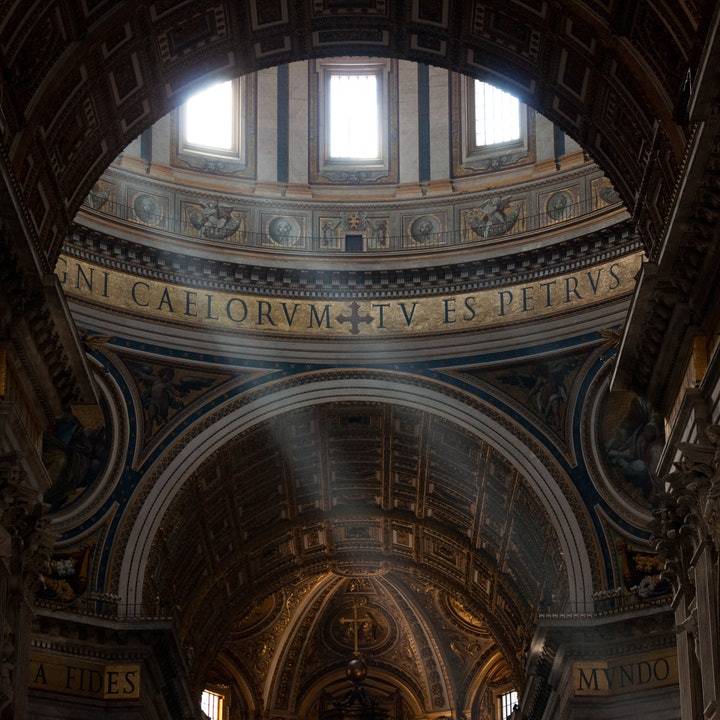 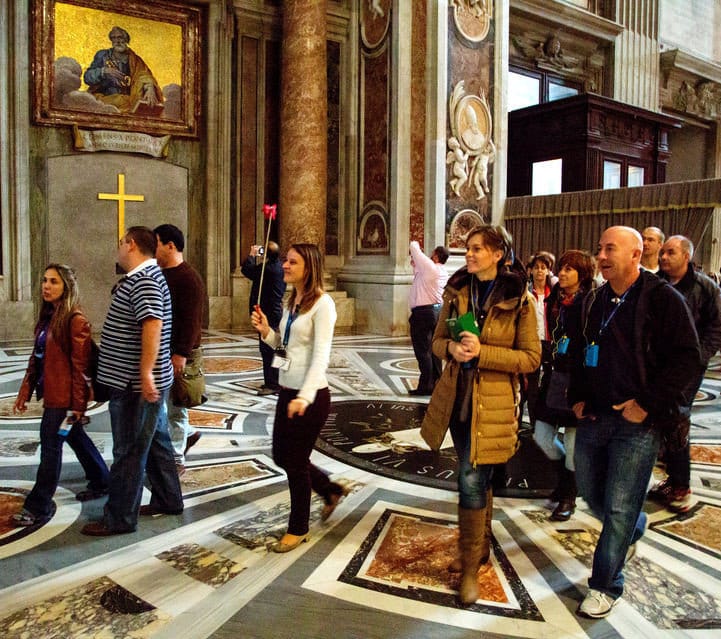 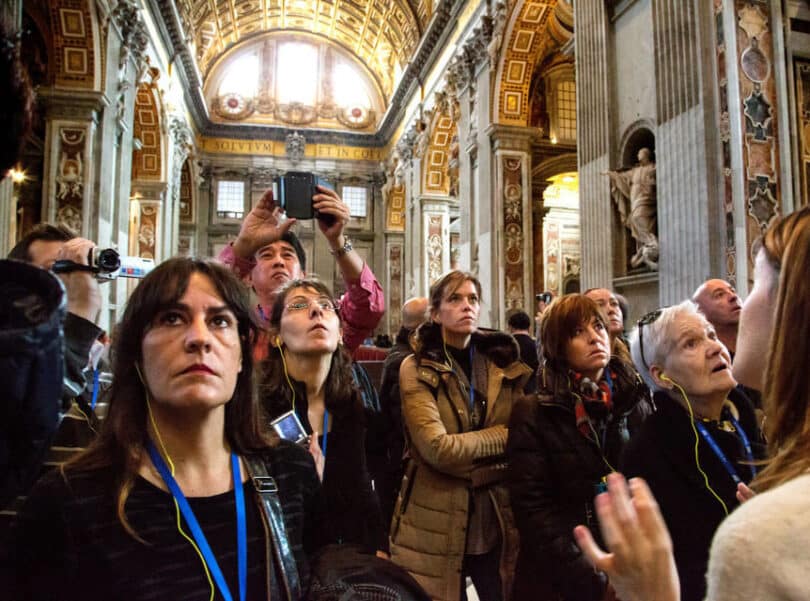 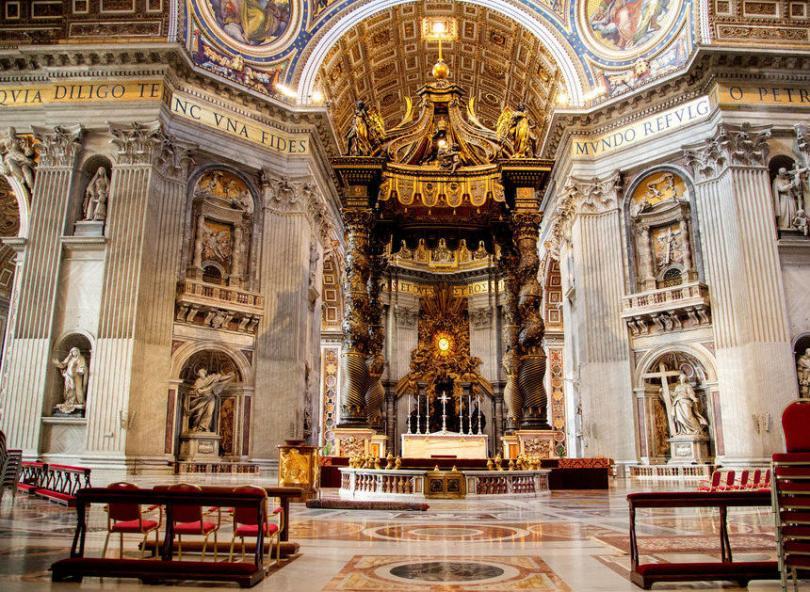 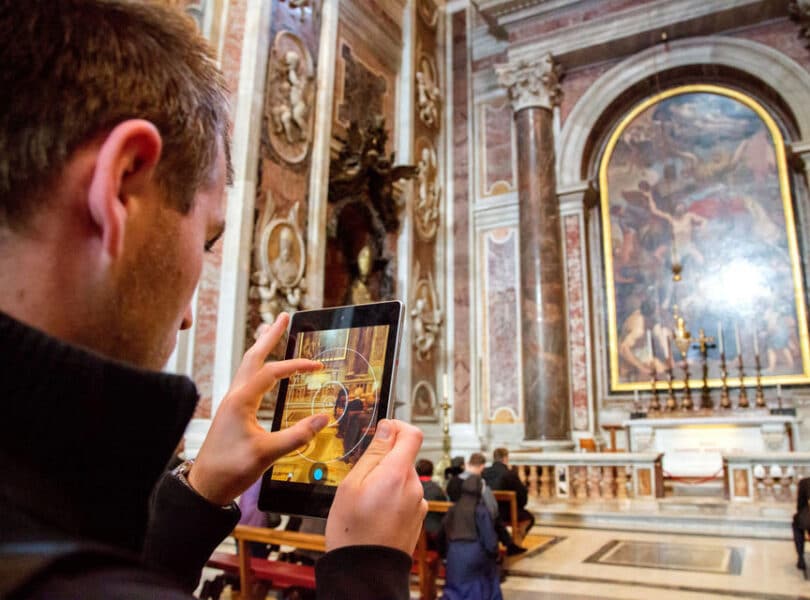 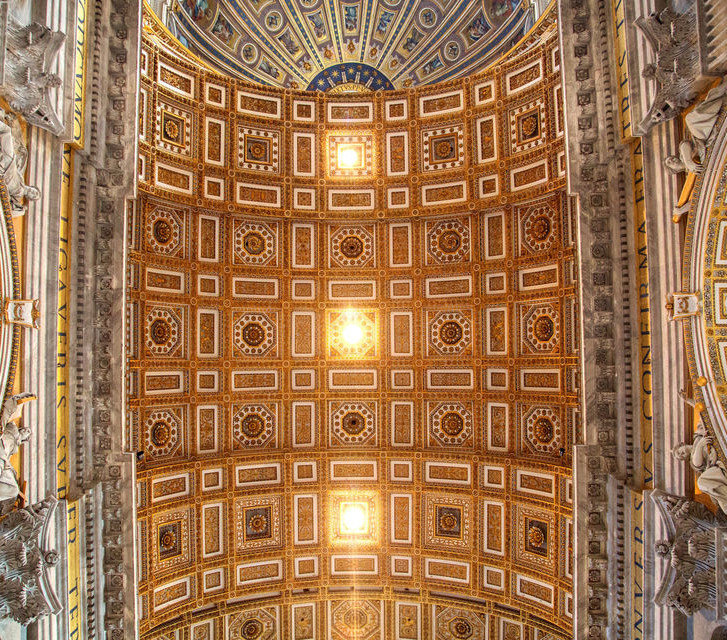 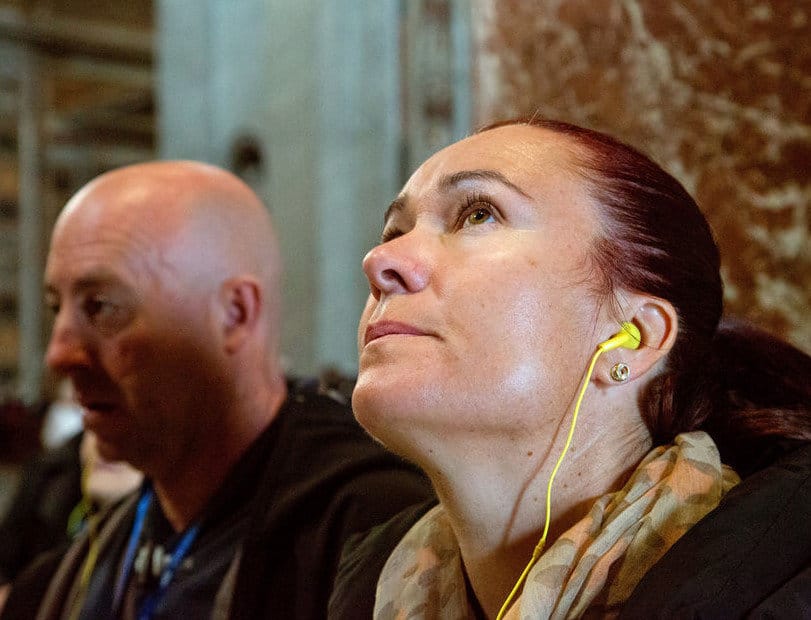 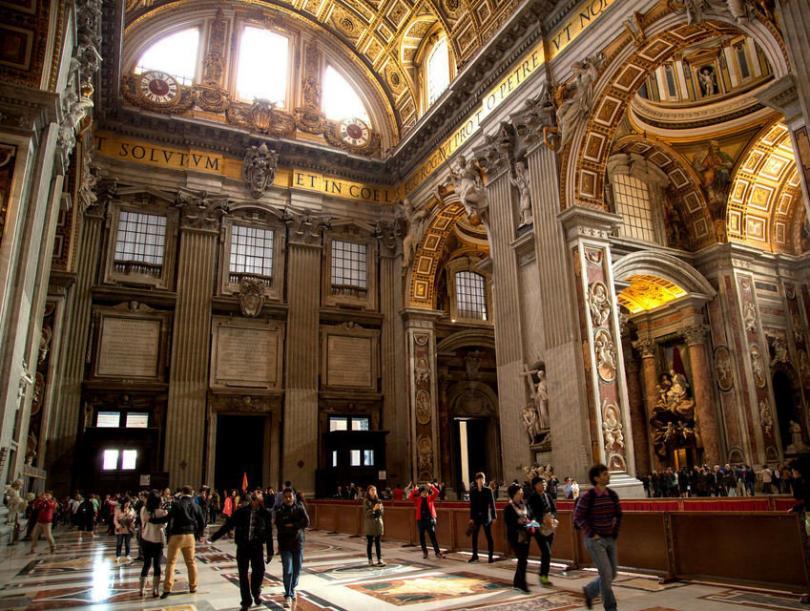 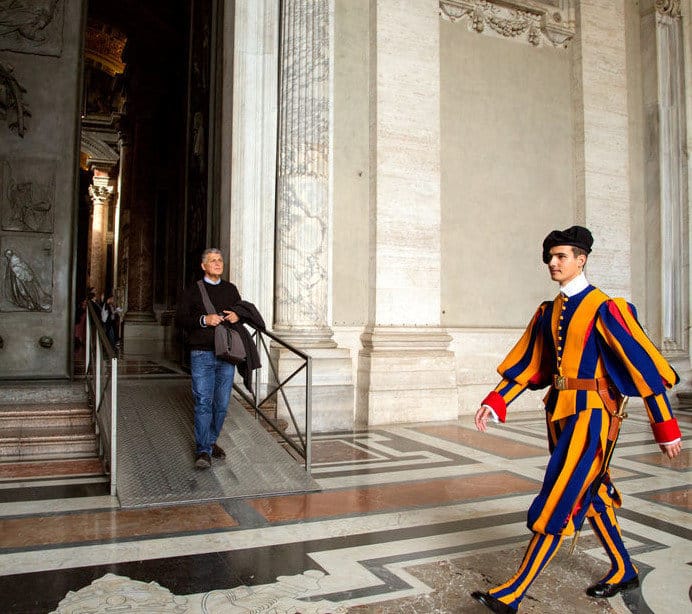 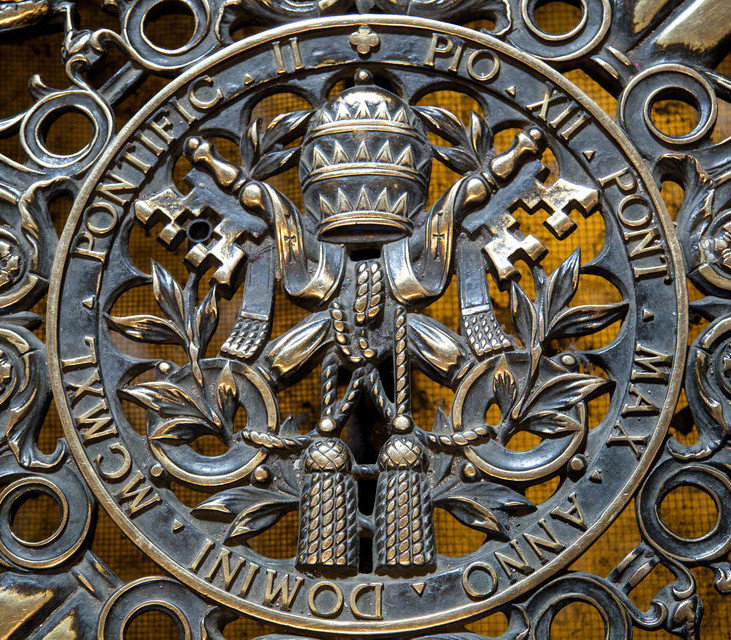 Delight in immediate access and a problem-free trip of Saint Peter’s Basilica, among Rome’s prime tourist attractions. Delight in hidden wonders of the Renaissance in the most unique Vatican State experience. See Michelangelo’s Pietà and the Bernini work of arts.

The history of the present Basilica begins in 1506, the year in which work was begun on Bramante’s plan, which was substantially adhered to, in spite of many alterations. The site was previously occupied by the great early Christian church of the 4th century, erected by Constantine.

Bramante’s work was soon interrupted, and his plan was to some extent modified in 1547, by that of Michelangelo, of which the apse and the dome now remain (although the dome has been made higher). In 1606 Maderno took over the work, transforming, at the Pope’s order, the ground plan of a Greek cross to that of a Latin cross, and altering the lines of the facade. In 1657, Bernini completed the building with his creation of the majestic Colonnade of St. Peter’s Square.

Piazza San Pietro is surrounded by this vast Colonnade in the form of an ellipse, the two arms of which diverge near the façade, which is thus given a new perspective. In the centre of the square stands an Egyptian Obelisk, taken from Nero’s Circus, crowned with a cross. There are two Fountains, one on either side, one by Maderno, the other by Bernini.

There is a great flight of stairs in front of the Church, and then the facade rises with its powerful architectural development. As seen today, it is the work of Maderno. It consists of an order of columns projecting from the masonry, with a pronounced cornice above, in the centre of which is carved the name of Pope Paul V, who commissioned the work from Maderno, Between the columns are windows, the largest of which, the one in the centre, is the Loggia of the Benedictions. It is here that the Pope appears to impart his blessing “Urbi et Orbi” to the faithful gathered in the square.

Through the entrances along the front one steps into the vestibule, the ancient “endonarthex” of the early Christian basilicas. It too is the work of Maderno, and is decorated with stuccos and mosaics. Among the latter, the one by Giotto, depicting “La Navicella” above the main entrance, is particularly interesting. There is also a fine work by Bernini in the portico: the “Equestrian Statue of the Emperor Constantine”. The two famous doors should also be noted; the Bronze Door on the left, which formed part of the Old St. Peter’s and is divided into sculptured panels, and the Holy Door which is opened only during Holy Years.

One now enters the Church, which is the largest in the world; indeed, the visitor immediately gets the impression of majesty and grandeur, not only owing to its exceptional dimensions, but above all owing to the whole effect of the architectural and decorative elements.