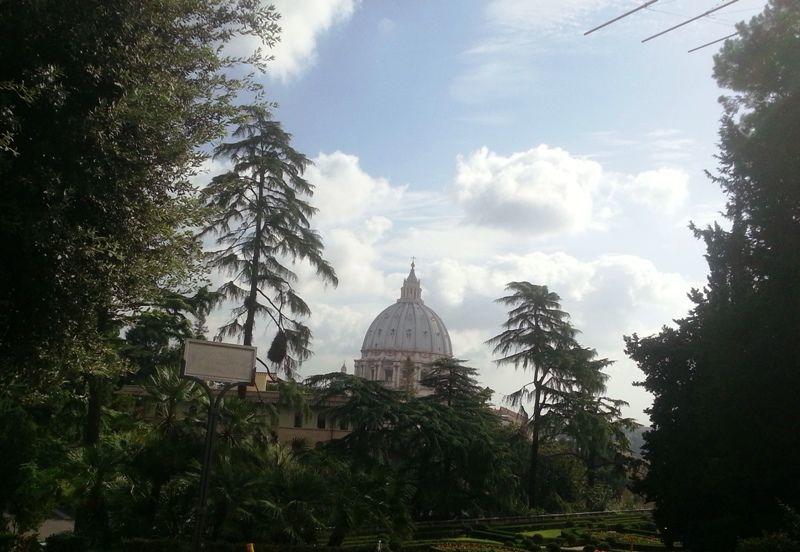 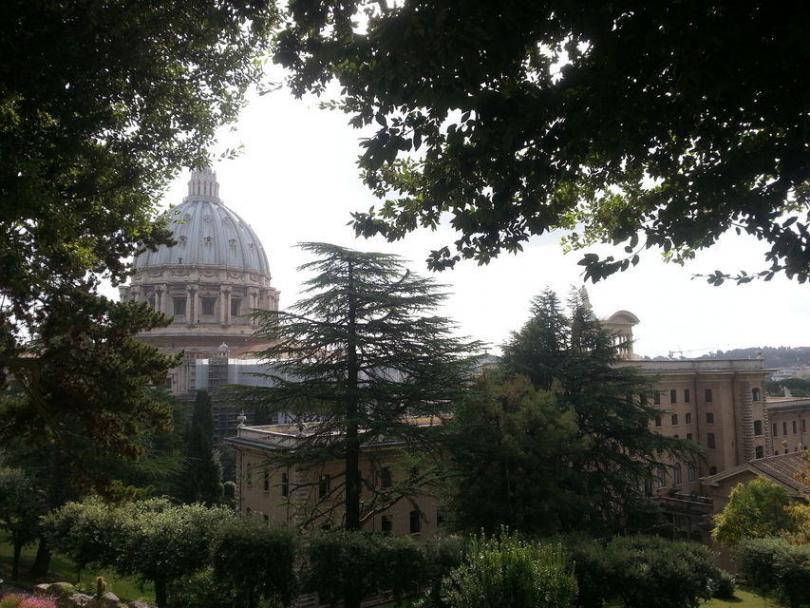 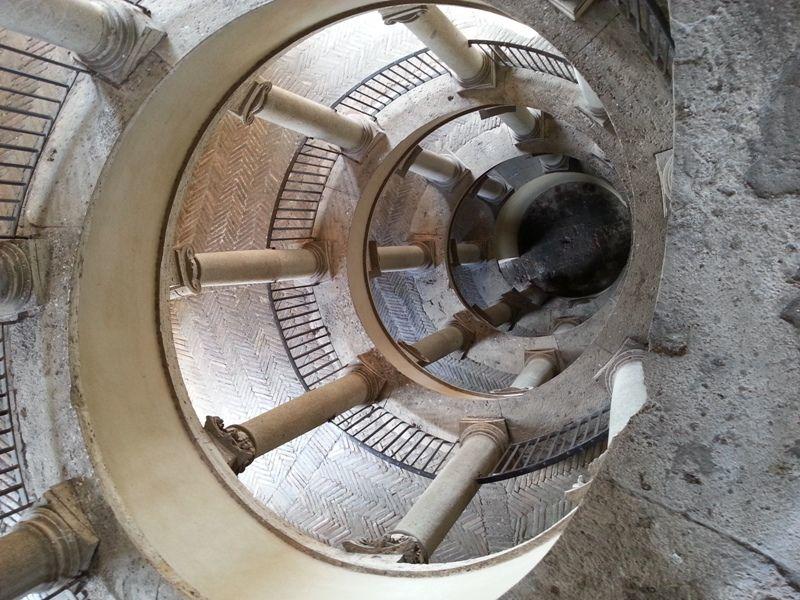 Avoid the lines to the Vatican and delight in a 5-hour tour of the Museums, Sistine Chapel, Gardens, and St. Peter’s Basilica.

The access-all-areas tour is a wonderful journey through centuries of art, with sneak peaks at locations typically near to the public.

On returning to Rome after their exile in Avignon, the popes abandoned their Lateran Palace and took up residence near St Peter’s.

Work began in the fifteenth century, under the pontificate of Nicholas V (1447-1455); it was continued by Sixtus IV (1471-1484), who gave his name to the Sistine Chapel, and especially by Julius II during the Renaissance.

It is to this great papal builder that we owe the two most resplendent treasures of the Vatican: the ceiling of the Sistine Chapel, painted by Michelangelo, and the decoration of the Stanze and Loggia, by Raphael. The pontiffs ceaselessly improved their palaces right up to the end of the nineteenth century; taking their cue from Julius II, they acquired a huge quantity of objets d’art for the Vatican, in what has become a unique collection. Vatican City, the world’s smallest state (roughly 44 hectares or 109 acres) is now home to some ten museums or galleries covering every aspect of human knowledge and achievement.

There are paintings by the Italian Primitives and the best Renaissance artists, but also masterpieces of ancient sculpture, Egyptian and Etruscan art, gold and silver work, tapestry, and Greek pottery, together with ancient maps, and even collections of carriages and candelabra. But all the rest of the Vatican’s inexhaustible wealth is eclipsed by two undisputed masterpieces: the Stanze of Raphael and, even more famous, the Sistine Chapel. On the walls along both sides, the most talented Renaissance artists – Botticelli, Perugino, Pinturicchio, Ghirlandaio, and Luca Signorelli – prepared the way for Michelangelo, whose immortal fresco of the Last Judgement put the finishing touches to the chapel twenty years after he had painted the vault. After such a parade of magnificence, a visit to the Vatican gardens comes as something of a relief.

There is more to these gardens, though, than a respite from the crowds. They are quite simply full of poetry and very moving: it is a little-known fact of history that the Vatican gardens were constructed on the site of Nero’s and Caligula’s circus, where countless Christians were massacred.

Strolling amongst the flowerbeds and the clipped shrubbery, the visitor will chance upon a cemetery whose soil was brought back from Jerusalem, and a chapel where Charlemagne stood watch the night before his coronation. But all this is nothing compared to the view of St Peter’s dome; it leaps up at every instant and from every angle, round the corner from every grotto or fountain.

Initially constructed in the 13th century - the Vatican Gardens are almost 23 hectares of flower fields, sculptures, fountains, and even some medieval buildings. Legend has it that when the […]
St. Peter’s Basilica Guided Tour with Dome Climb and Crypt
Via del Governatorato 0.29 km

Gain access to all areas of St. Peter's Basilica and submerse on your own in the history and architecture of one of one of the most essential spiritual monuments in the world. Climb 231 ste […]
Saint Peter's Basilica Self-Guided Tour
Via del Governatorato 0.3 km

Enjoy a St. Peter's visit completely flexibility and at your own pace utilizing your own smart phone or tablet. Just download the audio-guide app using the instructions provided on your boo […]
Early Entry Vatican Museums and Small-Group Tour with St. Peter’s and Sistine Chapel

Get in through a reserved entrance to avoid the lines, and stay a step ahead of the big crowds on this carefully prepared route that ensures you take advantage of your time. Get in the UNES […]
St. Peter's Basilica Guided Tour
Border Path 0.35 km

Delight in immediate access and a problem-free trip of Saint Peter's Basilica, among Rome's prime tourist attractions. Delight in hidden wonders of the Renaissance in the most unique Vatica […]
Special Breakfast at the Vatican with Early Entry to Museums and Sistine Chapel (VIP Tour)
89 Viale Vaticano 0.36 km

This is where the remains of Saint Peter himself are buried. In the basilica correct you'll see priceless work of arts by Michelangelo, Bernini and Raphael, and delight in fantastic views o […]
Vatican and St. Peter's Basilica Small Group Tour

Once within, explore this mind-blowing collection of Renaissance art, and its crowning glory, the Sistine Chapel, at your own leisure. See Michelangelo's handiwork, and along the way, Rapha […]
12...17