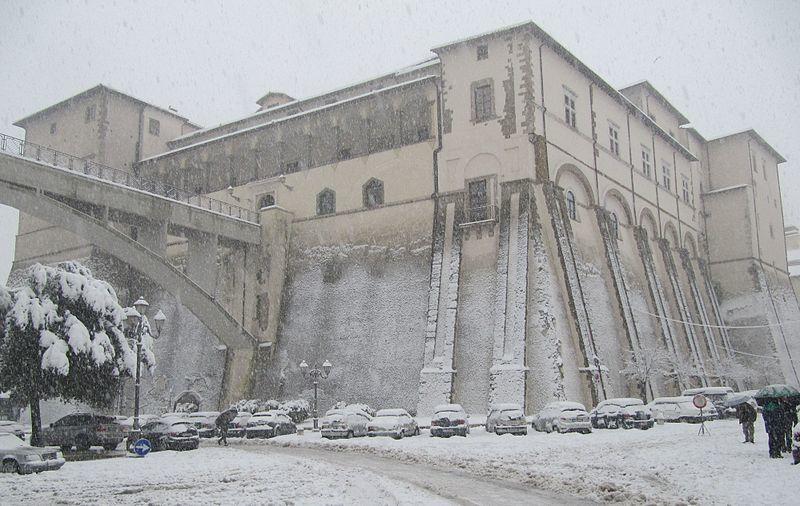 Genazzano is situated on a lonely hillside in the foothills of the Prenestine mountains. From the huge Matteotti square, at the entrance to the town, can be seen the remains of a large nymphaeum (Ninfeo), a Bramante-style Renaissance construction.

The Gothic Cam Apolloni is one of the most beautiful buildings in Latium; it has a low-arched main doorway, three mullioned windows on the first floor, and three single apertures on the second.

The church of San Paolo, modified in the 18th cent. and flanked by a remarkable Romanesque bell-tower, contains a baptismal font (1563), a medieval holy-water stoup supported by a small spiral column, and a Renaissance holy-water stoup.

The medieval Castello Colonna, rebuilt in the 15th cent. by Ottone Colonna, who later became Pope Martin V, was modified in Baroque style and has a spectacular courtyard with a fountain and ancient water-tank.