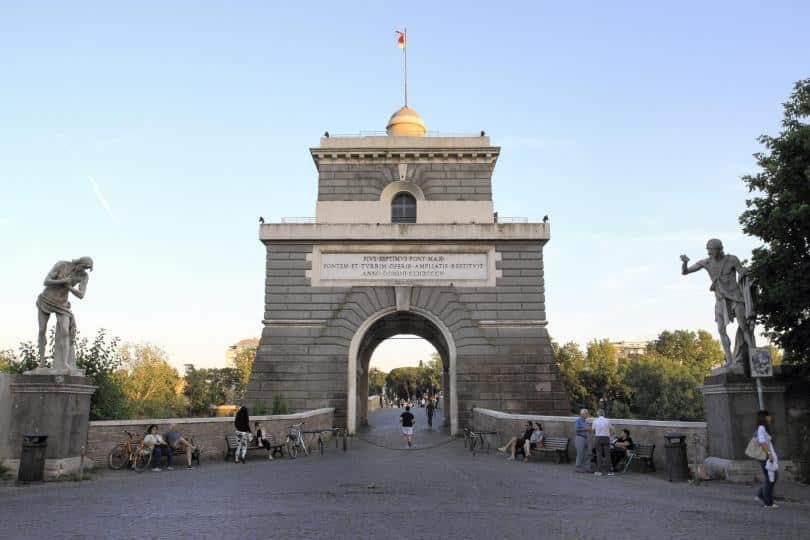 As early as republican times, a Milvian Bridge was built across the Tiber in the northern part of the city on the extension of Via Flaminia from the  Roman Forum and  Piazza del Popolo. It had to be reconstructed in 109 BC: at the end of the 3rd century AD, a guard tower was added as part of the city fortifications. At the beginning of the 19th century, Pope Pius VII ordered a rebuilding; however, the bridge was blown up by Garibaldi’s soldiers in 1849 in order to stop the advance of French troops. One year later, today’s bridge was constructed under Pope Pius IX. 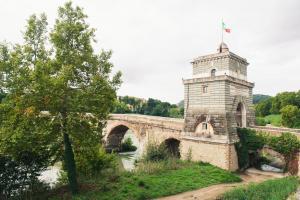 The Milvian Bridge (Ponte Milvio) over the Tiber in northern Rom 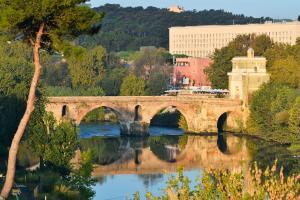 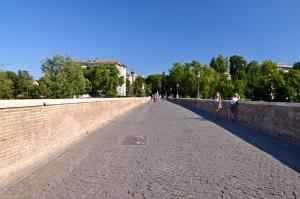 On 28 October 312 the decisive battle between Emperor Constantine and his co-emperor Maxentius at the Ponte Milvio, also called »Ponte Molle« by the Romans, ended in a victory for Constantine which was ascribed to the God of the Christians. 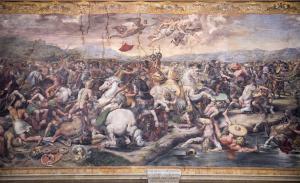