Home » Italy Tours » Things to do in Turin

Turin lies between the River Po and the foothills of the Alps, a handsome city of palatial baroque residences, fine piazzas, wide boulevards and 18km (11 miles) of arcades. Associated primarily with industry, Turin is often overlooked, but there are plenty of cultural sights and it is excellent for shopping. Besides designer labels, you will find artisan workshops, gastronomic delicacies, antiques and flea markets. Numerous historic cafés serve gelati (ice cream), Turin chocolates and bicerin (the local drink made of coffee, chocolate and cream), while excellent trattorie serve rich Piedmont dishes and wines. Be sure to visit Via Po, off Piazza Castello, with its long arcades and historic palaces and cafés.

A fitting capital to Piedmont, Italy’s second-richest region, Torino (Turin) stands on the banks of the Po river. Turin is a sprawling industrial city with an elegant baroque heart. Its still-discernible French flavor arrived with the ruling house of Savoy in 1574; three centuries later they teamed up with the Risorgimento’s liberal politician, Camillo Cavour, to lend credibility to the unification movement.

In 1860 Turin became the first capital of Italy, and 10 years later its Savoy monarch, Vittorio Emanuele, became king of the united country. During the 20th century Turin became the headquarters of Fiat, whose owners, the immensely powerful Agnelli family, are an undisputed force throughout Italy.

Things to do in Turin: What to See?

The elegant Via Roma, all designer stores and classy cafés, bisects the city- center grid plan, and most of what you’ll want to see lies around here. First stop should be Turin’s two main museums, the Museo Egizio (Egyptian Museum) and the Galleria Sabauda (Sabauda Gallery), housed in the same building. The Egyptian collection is superb. Don’t miss the tomb of Kha and Mirit; a 1400 BC architect, Kha was buried with his wife and everything they would need in the afterlife. The Sabauda’s artistic base is the Savoy private collections, particularly strong on Dutch and Flemish schools, though you should’t miss Pollaiuolos wonderful Tobias and the Angel, a taut and colorful 15th-century masterpiece.

The historical Basilica di Superga, which houses the tombs of the House of Savoy as well as an important shrine to the Virgin Mary, can be visited just outside of the city of Turin in the surrounding hilly countryside 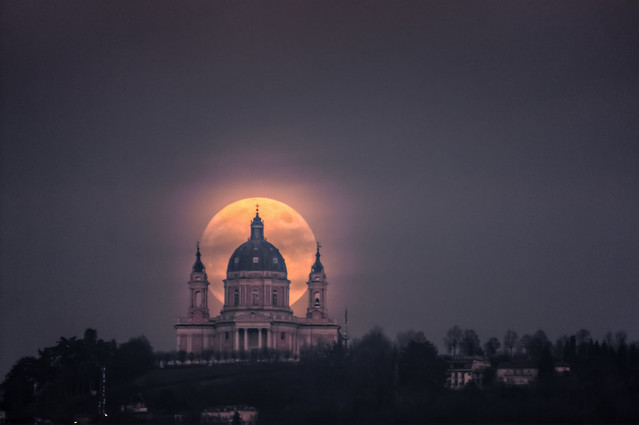 Nearby, visit the Museo Nazionale del Risorgimento, devoted to Turin’s role in unification, with a fascinating section on Garibaldi. Piazza Castello is home to the incredibly opulent Palazzo Reale (Royal Palace), the more restrained Palazzo Madama and the Armeria Reale (Royal Armory), one of the world’s great museums of arms and armor. Off Piazza Castello, is the Duomo (Cathedral), whose best-known treasure is the Holy Shroud (Sindone). This length of linen contains what many Christians believe to be the imprint of the face and body of Christ. Many people contend the shroud was used to wrap Jesus’ body after the crucifixion.

From the cathedral, head toward the river and walk down to the Parco del Valentino, a large park humming with life in the evenings. Here you can visit the Borgo Medioevale, an attractive synthesis of Piedmont’s best medieval buildings, constructed in 1884. Farther along the river, automobile fans will enjoy the Museo dell’Automobile (Automobile Museum)

If you ‘re in the mood for some amazing surroundings and winter sports, Turin can absolutely deliver on that. In the Val di Susa region, like the towns of Avigliana and Susa, where you’ll see some awesome views of the snow-covered Alps. Some other terrific towns to see for soaking up the rejuvenating atmosphere include Moncalieri, Pinerolo, and Chieri. For those travelers seeking to seek out the best powder to satisfy their winter sports cravings, Turin Province offers some of the best slopes in Northern Italy. Whether you’re into ski, snowboarding, mountain climbing, ice-skating, or simply plain old walking, resorts like San Sicario, Cesana Torinese and Sauze d’Oulx are ready and waiting to help you have a remarkable time while seeing a few of the most stunning landscapes around.

The Turin Province isn’t just for winter sports enthusiasts. To the south, you’ll find perfect locations for cycling, horseback riding, walking, and even canoeing and rafting.

The church of San Lorenzo, Turin, Italy at sunset

Things to do in Turin: What to Eat?

Turin is known for a wide range of tasty specializeds that include Grissini (bread sticks), vermouth, and Gianduja chocolates. As far as common main dishes go, you’ll tend to find pasta filled with vegetables and meat topped with a tasty gravy and home grown sage. A delectable, vast array of desserts are likewise readily available including a sweet, tasty native beverage made with coffee, chocolate, and cream. And obviously, one can’t forget the extraordinary array of cheeses and wines offered throughout Turin.

Things to do in Turin: Where to Stay?