Home » Italy Tours » Things to do in Umbria 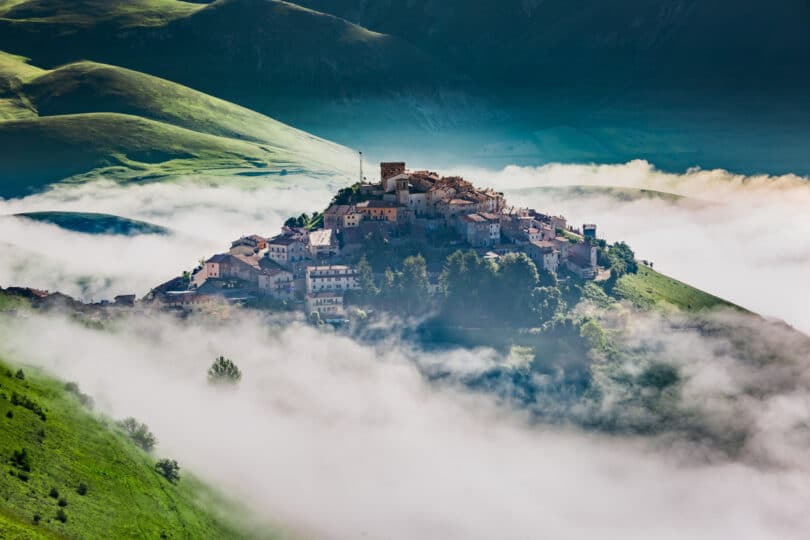 Umbria is Italy’s only land-locked region, whose capital is Perugia. Orvieto, with its famous cathedral, far in the west, is the other main town, while to the east lies Spoleto, a quiet, historic town that comes alive during its summer arts festival.

Courteous and friendly, the Umbrese are welcoming and kind. Outside the main towns, few people speak more than a few words of English, but they do have time and patience with visitors. Many of the remote areas are inhabited by people whose way of life has seen little change for decades. But accommodations are easy to find, restaurants are excellent, and roads, towns and villages are still relatively quiet. The main attractions are Penigia, the capital, Assisi with its Franciscan associations, and Orvieto with its superb cathedral. 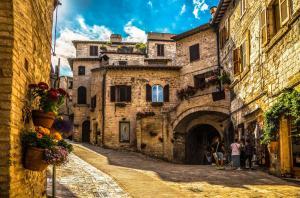 Things to do in Umbria: When to Go?

When you should visit Umbria depends on what you want to do and see when you get there. In spring, the weather can be a bit unpredictable, depending on what part of the region you’re at. Although in May, you’ll find that the countryside is in bloom with a beautiful blanket of green grass and flowers. However, on the mountain side, there may still be a bit of snow. In the summer, particularly June, it’s a good time to hike and see the famous wildflowers of Sibillini and the Piano Grande. Upland Norcia tends to be cooler than the rest of the region, and less crowded with tourists if you’re looking for a quieter getaway. January and February can be cold but dry and spring months can get rather rainy. September and October are moderate months and a good time to visit, but things will be less green since the summer sun can be a bit brutal.

There’s a regional airport in the Umbria region, Aeroporto Internazionale dell’Umbria. Although it doesn’t handle too many international carriers so you may have to fly in from another Italian city. 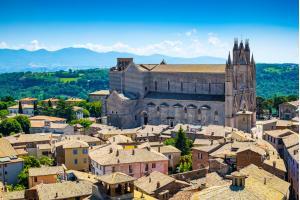 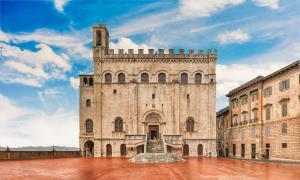 View of Palazzo dei Consoli, a medieval building facing the scenic Piazza Grande in Gubbio, Umbria, central Italy. It is house to the local Civic Museum

Things to do in Umbria: Where to Go?

Umbria is not known for is hustling and bustling big cities. The capital city is Perugia, and is perhaps the small exception to what the rest of Umbria is like. Perugia, however is home to many historical and architectural sights and also has museums and a university. You’ll also want to check out the towns of Assisi, Bevagna, Montefalco, and Spello. 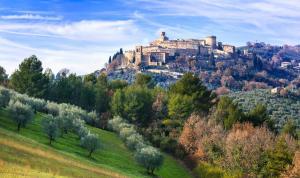 Things to do in Umbria: Umbria Tours & Activities: