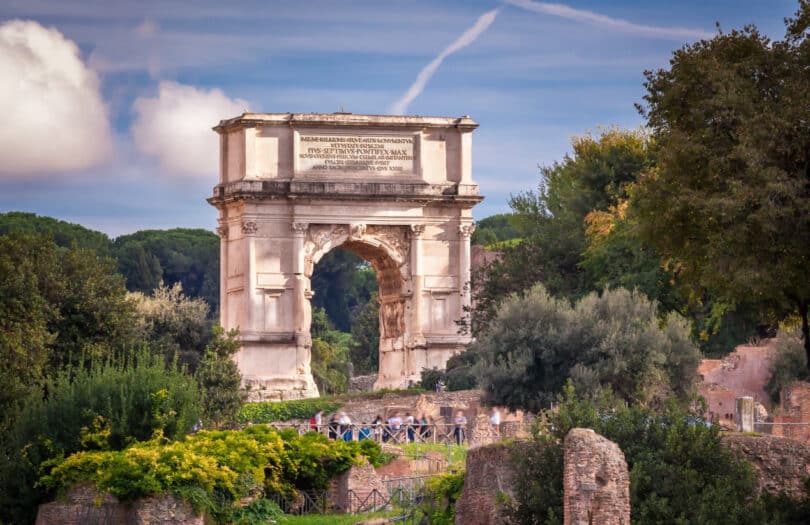 The Arch of Titus was erected by the Senate and people of Rome in memory of the Emperor Titus. The monument, not mentioned by ancient winters, can be identified by the dedicatory inscription still legible on the side toward the Colosseum.

The Arch of Titus has a single passage, and is 5.40 meters high, 13.50 meters large and 4.75 meters deep, confronted with pentelic marble and on the front and back it has 4 engaged columns with composite capitals. The ornamental sculpture on the outside consists of 2 figures of Triumphes on worlds and with banners above the archivolt, the goddess Roma and the Genius of the Roman People on the keystones and a frieze in really high relief in the architrave with the victory of Vespasian and Titus over the Jews (in 71 AD). 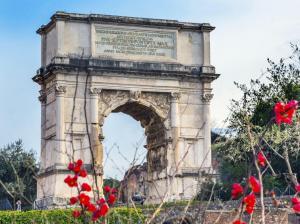 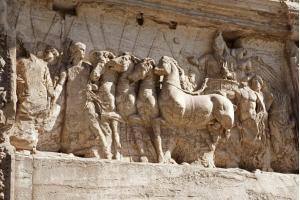 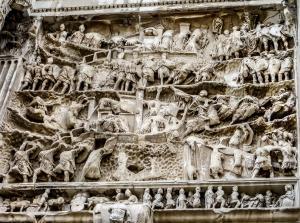 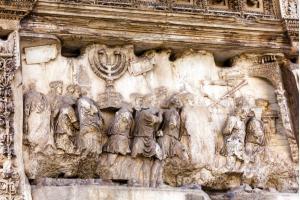 Inside the arch, a panel at the center of the coffered vault includes a relief with the apotheosis of Titus, reached paradise by an eagle, while 2 big panels with scenes from the Judaic victory are on either side. The panel on the north portrays a procession where bearers of the lietor’s fasces precede the emperor who is being crowned by a figure of Triumph. He is on a quadriga and the horses are led by the goddess Roma on foot while personifications of the Roman People  and the Senate  follow, in a summa of the traditional themes of royal propaganda.

In the Middle Ages the arch, like the Colosseum, was incorporated into the fortress of the Frangipane family and so survived. As can be seen in the inscription facing the Forum, in 1882 Pope Pius VII commissioned the architect Giuseppe Valadier to restore the pillars damaged by the creation of a little room inside the archway. Its present integrity is the result of thorough archaeological restoration by Valadier, recorded in the inscription on the side of the arch facing the Forum.