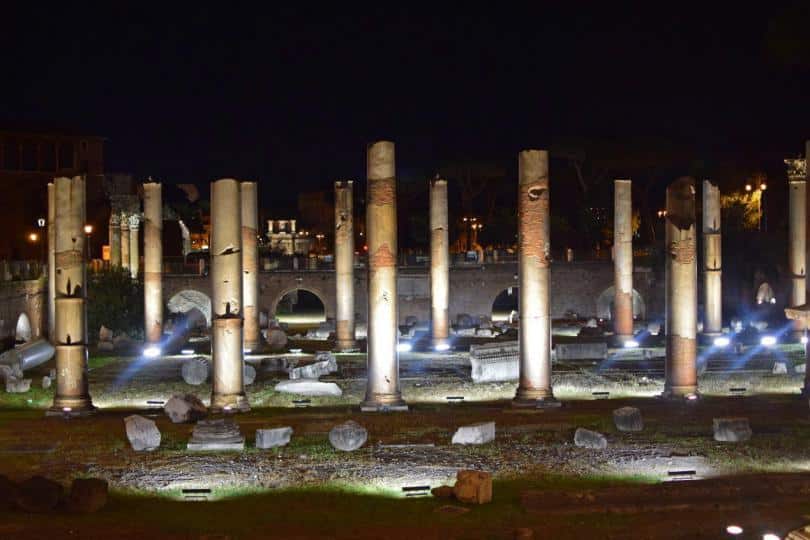 The Basilica Ulpia, which derives its name from Trajan’s family name and served as a court of justice, lay at a right angle to the end of the square. In the current state of development, it is difficult to grasp the size of this hall, which measured 130 x 125m/427ft x 410ft (largest basilica ever built in Rome), and even in Trajan’s time, it was not easy to fit a building of these dimensions into the center of Rome. 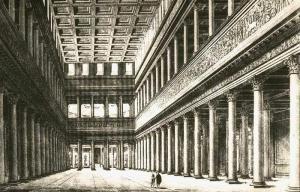 Ulpia Basilica, Trajan Forum, Roma, Italy – The extensive clearances of the 1930s brought to light only part of the forum: most of the area is still concealed under the modern roadway and gardens. 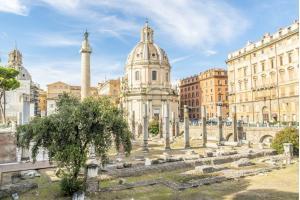 Fact: Four panels in Arch of Constantine from the reign of Trajan were taken from the attic of the Basilica Ulpia.

Two libraries, one for Latin and one for Greek literature (designed by Apollodorus), lay next to the basilica; the victory column for Trajan towered between them. The complex, which was greatly admired in ancient times and of which only the triumphal column remains today, honored the emperor under whom the Roman Empire reached its greatest extent. 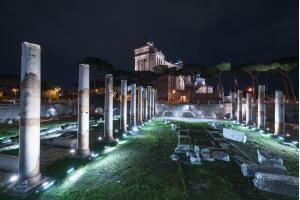 A nightly view of the Ulpia Basilica in Rome, Italy 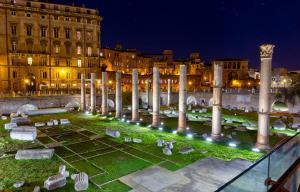 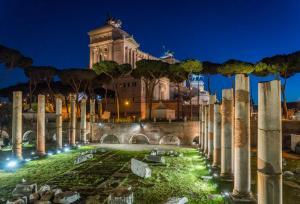 Vittorio Emanuele II monument at night, as seen from the Ulpia ruins, in Rome, Italy.

In the Middle Era, the portico was stripped of its precious marbles. The four rows of columns of the central part of Basilica still remain. The east part of the Imperial Forums is separated from the center by the modern streets, however, a tunnel enables access from one area to the other. Just a small area of the square in front of the Basilica has been excavated.