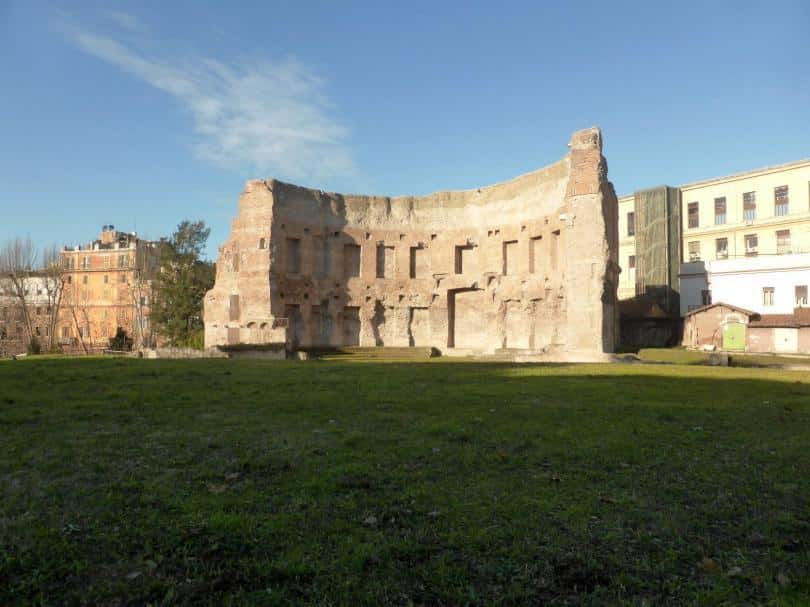 Baths of Trajan, for which an enormous artificial platform was constructed on the hillside overlooking the Colosseum Valley, absorbing a large part of emperor Nero’s abandoned Domus Aurea into its foundations.

The Baths of Trajan were designed, like the emperor’s other public works, by the architect Apollodorus of Damascus. He erected the new complex over the remains of the Domus Aurea, destroyed by fire in 104 AD. The baths were opened five years later. 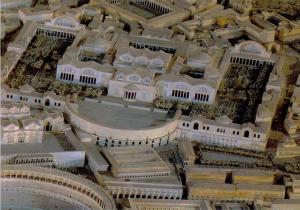 The Baths of Trajan in the model of Rome. Museo della Civilta Romano, Rome.

They covered an area of over 100,000 square meters, almost half of which was occupied by the central building. Trajan’s were the first large baths where the principal building was flanked by an outer court with an exedra, a model imitated in all subsequent large bathing complexes. Some remains of Trajan’s Baths can be found in the park of the Oppian hill. 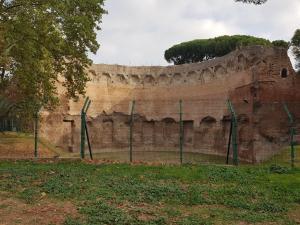 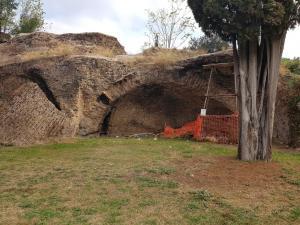 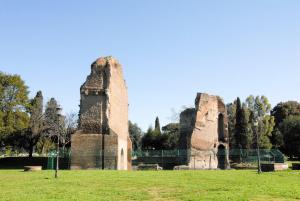 The grottoes underneath, once believed to belong to the Baths of Titus, were explored by artists of the Renaissance who learned here a special decorative style purposely called « grotesque ». Here the famous Laocoon was found, (now in the Vatican Museums).