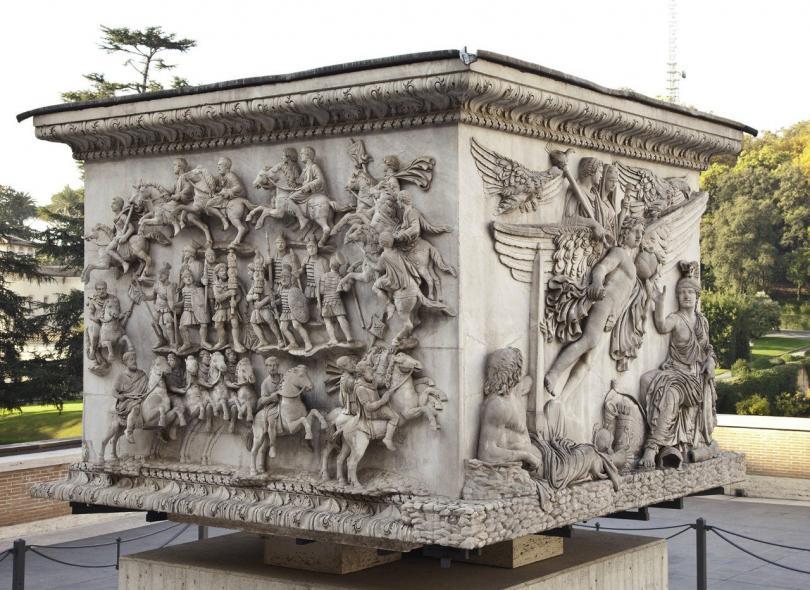 When Antoninus Pius died, his adopted sons and successors Marcus Aurelius and Lucius Verus erected a monument to his honor in the Campus Martius, close by the place where the emperor’s body was cremated. The marble base, decorated with carvings (now in the Vatican Museums), was surmounted by a red granite column designed by the architect Heraclides. 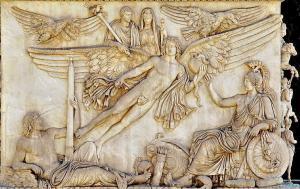 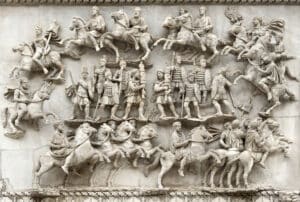 Left side of the pedestal of the Column of Antoninus Pius. 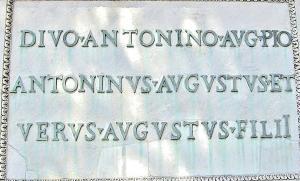 Inscription – Column of Antoninus Pius. The inscription of the Column records that Marcus Aurelius and Verus Augustus (Lucius) dedicated the column to the Divine Antoninus Augustus Pius.

The shaft of the column has been lost, except for the summit, which bore an inscription, the architect’s signature, and the date the stone was quarried. The rest was carved up and used to restore the nearby sundial of Augustus. 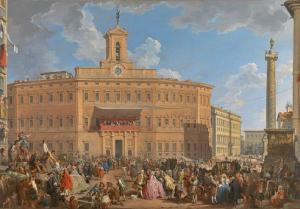 The column’s base (right foreground, showing one of the decursio sides), in Panini’s 1747 painting of the Palazzo Montecitorio. Source: National Gallery, London. 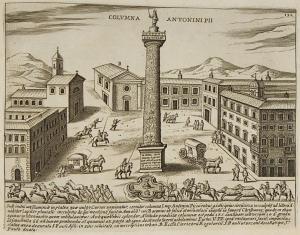 The principal relief on the base depicts the apotheosis of the emperor and his wife Faustina, borne to the sky by the winged genius Aion, the symbol of eternity. The two sides are decorated with almost identical scenes: a ring of cavalry encircling a parade of infantry, in allusion to the consecration of the imperial couple on the site of the funeral pyre.

The base of the Column of Antoninus Pius was found in 1703 in Via della Missone, near Montecitorio. Now in the Vatican Museums.