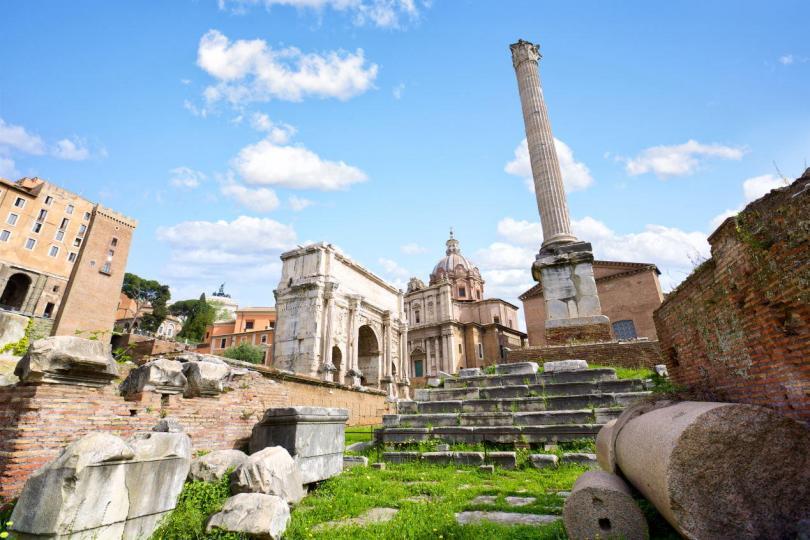 The Column of Phocas is the last classical memory of the Roman Forum. It bases on a stepped brick base and is embeded in front of the Rostra. It was erected in the year 608 to honour the Byzantine Emperor Phocas and thank him for ceding the Pantheon to Pope Boniface IV for conversion into a church.

Phocas was a 7th-century emperor of Byzantium (ruled from 602 to 610), the Eastern Empire, which then ruled over the city of Rome from its capital, Constantinople (modern-day called Istanbul). In fact, Phocas was popular for his ruthlessness. To begin with he acquired the throne by assassinating his predecessor Mauricius and his children. However, he gained particular merit in Rome because in A.D. 608 he presented Pope Boniface IV with the Pantheon which was transformed into a church the following year.

The marble Corinthian column is 13.5 meters high and was certainly drawn from an older monument. 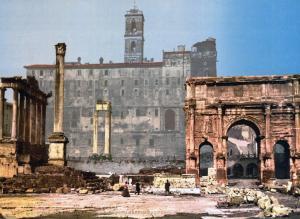 Rome, The Column of Phocas and the Arch of Septimius Severus in the Roman Forum, Rome, Italy; color photochrom ca 1890s. 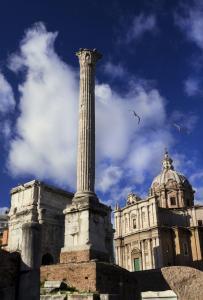 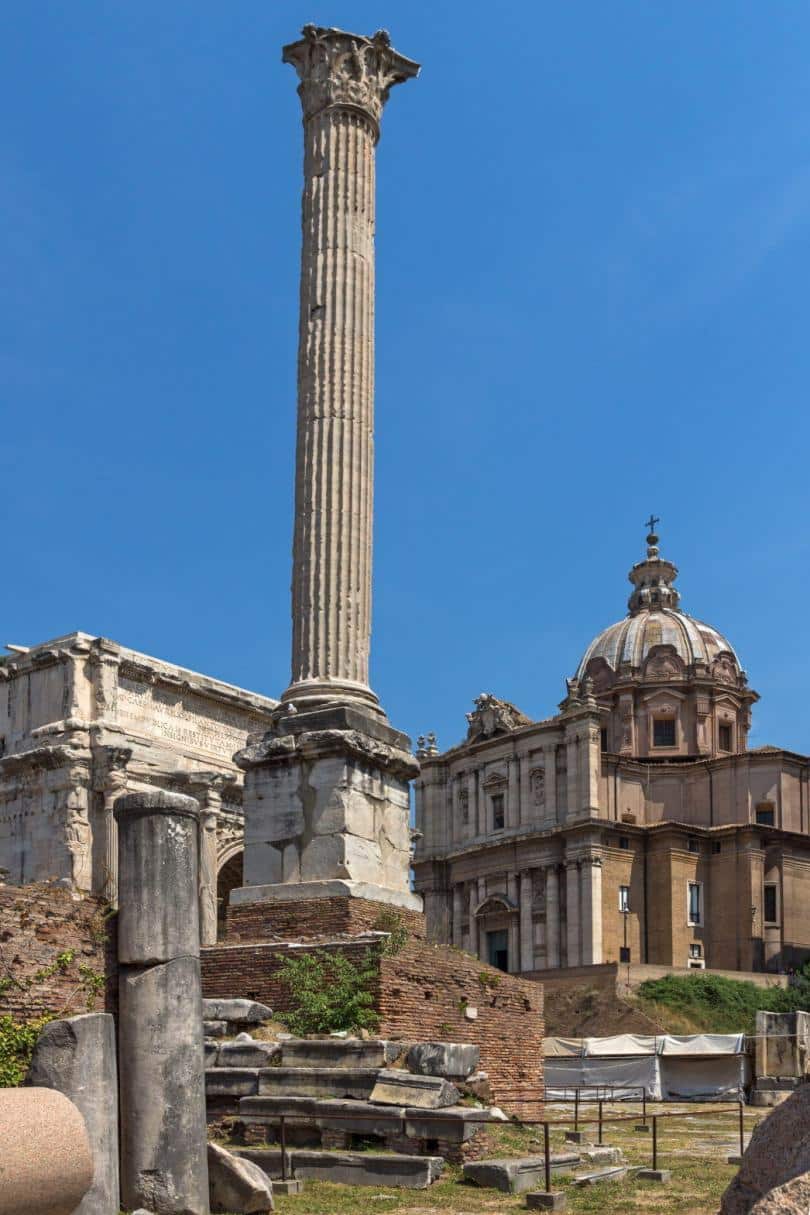 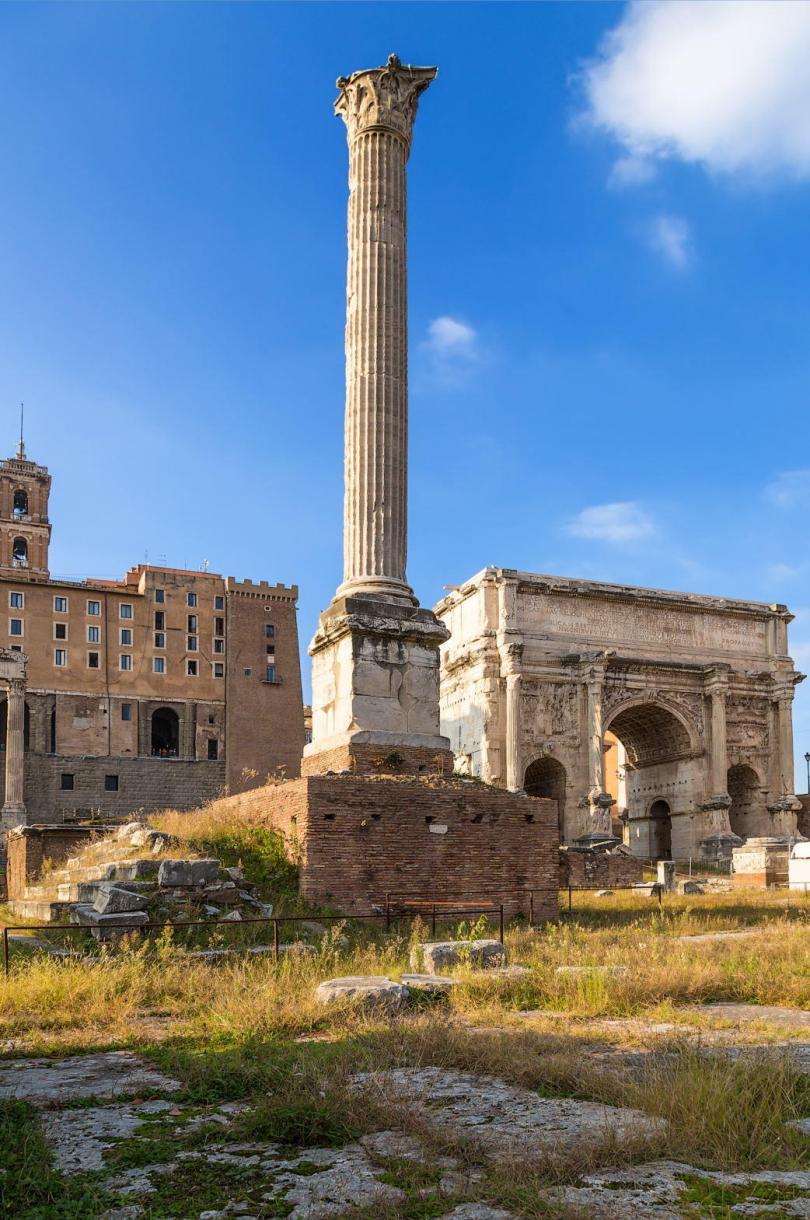 The dedicatory engraving (on the north side) notifies us that Smaragdo the esarch of Italy in A.D. 608 set a statue in gilded bronze of Emperor Phocas on the top, and sings his appreciation: “To our greatest, most thoughtful, most pious lord Phocas, the superior leader in perpetuity, crowned by God, victorious, emperor forever before. Smaragdus, formerly praepostor at the Palatium, patrician and also exarch of Italy, dedicated to his Elegance due to the countless benefactions of his holiness, the tranquility gave Italy and freedom preserved, placed this shining statuary of his Grandeur on top of this sublime pillar to his seasonal magnificence, on 1 August A.D. 608.”

Tickets & Tours for your Rome Travel: