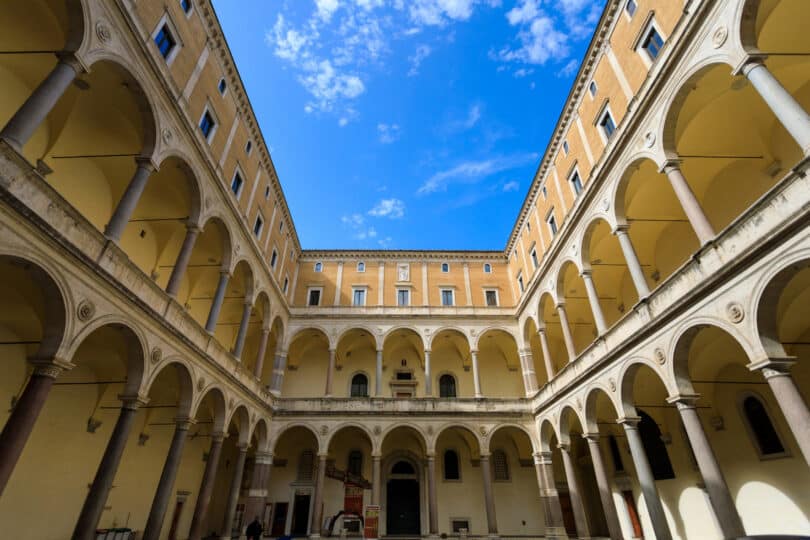 In the 15th century, the leading role in Italian art and culture fell to the Medici dynasty in Florence. Rome had lost influence and wealth due to the exile of the popes in Avignon and the schism of 1378, with several popes competing for the Holy See. The splendid Cancelleria Palace (Palazzo della Cancellería in Italian), which is now the seat of the papal marriage court, stands for the beginning of the reconstruction of Rome as the centre of Christianity. 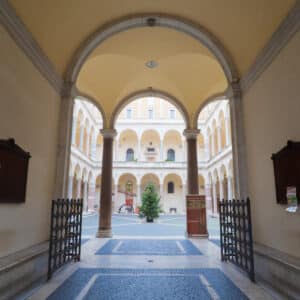 Cancelleria’s Palace entrance in Rome. historical seat of the Apostolic Chancery, still welcomes the courts of the Holy See 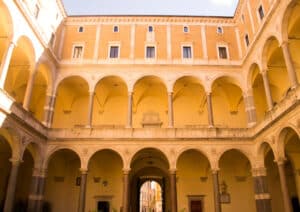 Palazzo della Cancelleria – In 1312 the Roman Colosseum was presented to the senate and people of Rome by the Holy Roman Emperor Henry VII. During the 15th century it had become a quarry for building material. Its travertine (limestone) was used during the construction of Palazzo di Venezia and Palazzo della Cancelleria. Other parts of the building were reused in St Peter’s and Palazzo Barberini. 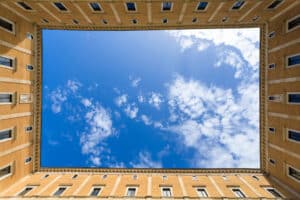 The building was started in 1483 for Cardinal Riario; later, it served as the papal chancellery and the seat of the government of the Papal States. Part of the main façade consists of travertine stones from the Colosseum. The financing was arranged by Cardinal Scarampo Mezzarota and Cardinal Raffaele Riario – for this purpose the latter used 60,000 scudi which he had won gambling with Franceschetto Cibo, the nephew of Pope Innocent VIII. Either Andrea Bregno (Montecavallo) or Bramante was the architect. However, luck turned against Cardinal Riario: he lost his property because of his involvement in a conspiracy against Pope Leo X, and the palace was confiscated. 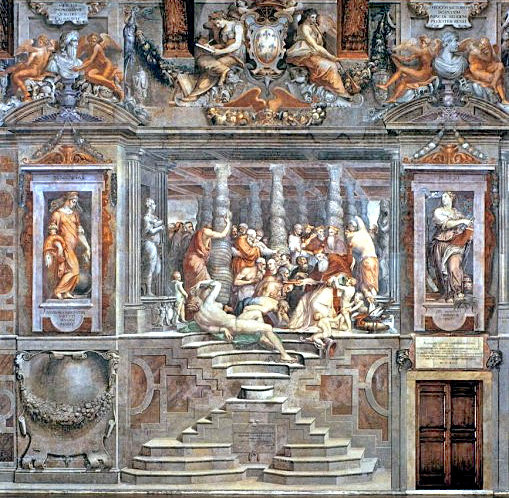 The clearly structured façades are regarded as a masterpiece of Renaissance art. The two-story court is surrounded by arcades, and has 42 ancient granite pillars, whose graceful capi- tals are decorated with roses.

The high point of the tour is the “Hall of the Hundred Days”, which was painted by Vasari and his assistants in just one hundred days in 1546 for Cardinal Alessandro Earnese; this is said to have evoked the following sarcastic comment from Michelangelo: “It shows!”. The rectangular three-storey courtyard also has a clear composition. In 1988 the remains of a 4th/5th century basilica were found here.

On 15th November 1848, Count Pellegrino Rossi, a great statesman and noted economist, was assassinated here on his way to the inauguration of the new Parliament.

Travel Tip: Very close to the palace is Campo de’ Fiori, a favorite meeting place, with bars and restaurants lining the piazza. An outdoor produce and flower market is held here every morning.

Tickets & Tours for your Rome Travel: