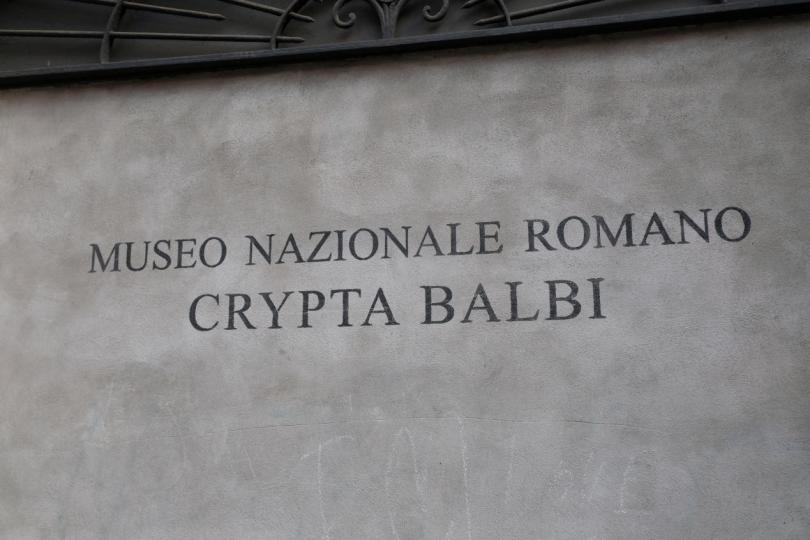 The area between the churches Santa Caterina dei Funari and San Stanislaos dei Polacchi used to be a spacious yard with arcades, an annexe to the theatre built by Lucio Cornelio Balbo in 13 BC.

Part of the National Museum of Rome, it was once connected to one of the smallest theatres in Ancient Rome. The museum displays archaeological objects used in daily life, and fans of the ma […] 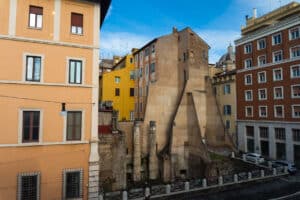 View from Crypta Balbi out to Rome.

The Crypta Balbi, where excavations were not permitted until 1981, now contains a museum on three levels. The period covered by this museum in fact extends from ancient times through the Middle Ages and the Renaissance to the 20th century, since modern aspects such as the commercial use of the complex today are also shown. The changes to the city and the various functions of the building are especially apparent on the ground floor: it was first part of the Field of Mars during the reign of Augustus, later Balbo’s theatre and crypt, and from the 8th century a convent.

The dwellings of merchants stood here in the Middle Ages, and in the 16th century Ignatius of Loyola had a conservatory built to provide a home for the daughters of Roman prostitutes. The development of urban culture between the 5th and 10th centuries is presented on the two upper levels.