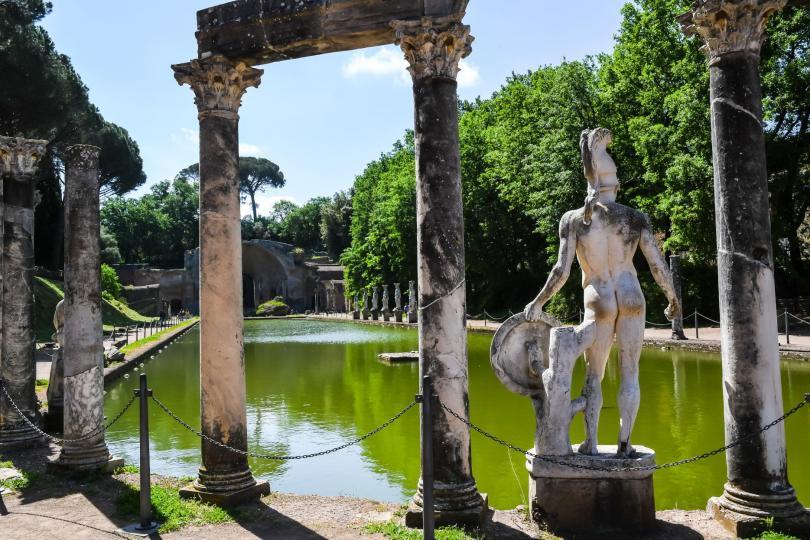 The magnificent villa of Emperor Hadrian (Hadrian’s Villa), which has been declared world heritage site, lies approximately 6 km south-west of Tivoli. (About 30 km. northeast of Rome) It was constructed during the last few years of Hadrian’s life (76-138). 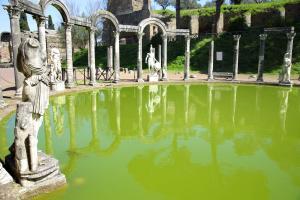 Called as Tibur in Etruscan times, this small area was a preferred summertime house of the Roman nobility. They were fascinated of this gorgeous site in the Monti Tiburtini (Tiburtine Hills) between the waterfalls on the Teverone (River Aniene), and like numerous pros-perous Romans before him, the Emperor Hadrian built a glamorous country estate here.

Covering a location of 120 hectares, it was the biggest of all the roman imperial villa complexes. The building work took more than 10 years to finish and the emperor kept producing his own ideas and plans, so it is evident that the work was not based on an completely unified overall design.

The emperor had the places and buildings that had particularly impressed him during his extensive travels through the Roman empire copied on a smaller scale on the 0.75 sq km site. However, Hadrian died just four years after the country house was completed. Later it was the imperial summer residence, but fell into disrepair after Constantine moved to Byzantium in 330. The first excavations began as early as the 15th century; the site was systematically excavated starting in 1870, after it became the property of the state. 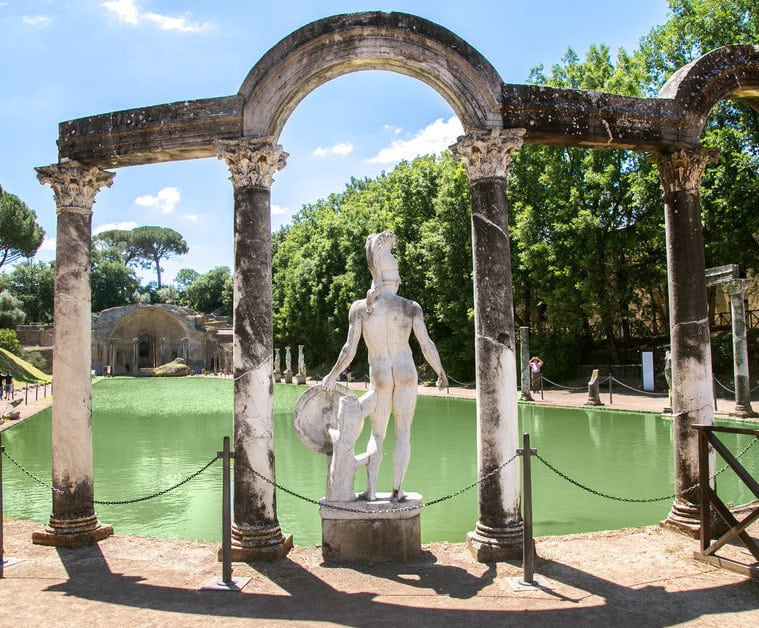 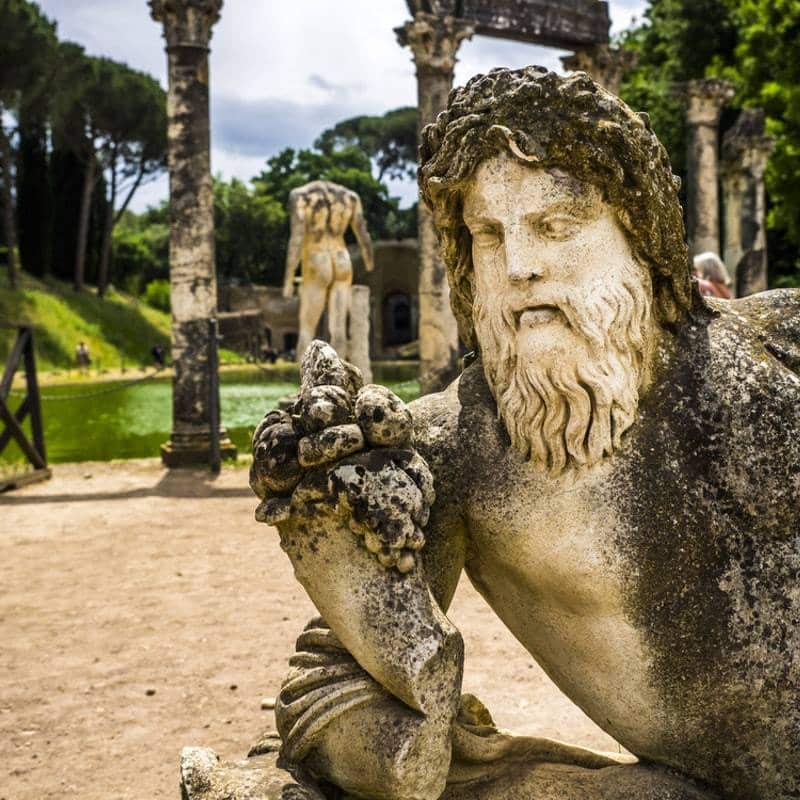 Travel Tip: Before taking the tour, do not fail to look at the model of the residence, which was probably the largest of its kind in ancient times, in a building a short distance bevotid the entrance. 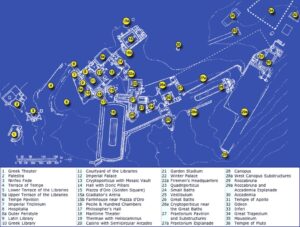 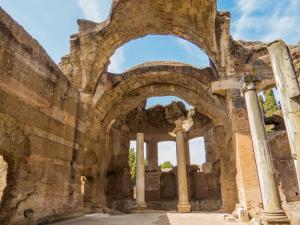 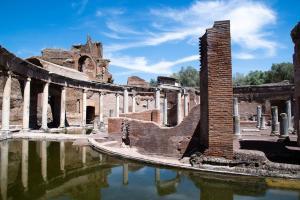 At the end of the cypress-lined avenue, is the Pecile, once a colonnade around a rectangular water basin, which is reminiscent of the colonnades of the stoics in Athens. The Teatro Marittimo  (Maritime theater)  is perhaps the most idiosyncratic building; it is not a theatre, but a small water villa on an artificial island, said to have been a favourite place of retreat for the emperor.

Shut off from the outside by a big wall, it included of a round artificial island on which a little villa stood. Around the island there was a portico which ran in between the water and the external wall. 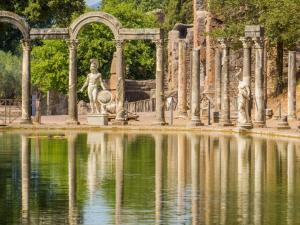 View of the Canopus in the Hadrian’s Villa (Italian Villa Adriana). In Tivoli, Italy (2) 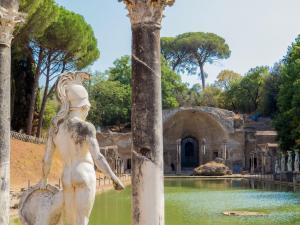 View of the Canopus in the Hadrian’s Villa (Italian Villa Adriana). In Tivoli, Italy 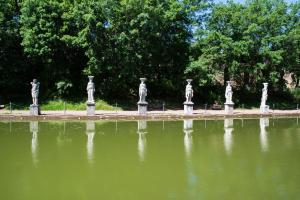 Villa Adriana (Tivoli, Italy) – Caryatid at the side of pool named Canopus (without sky) 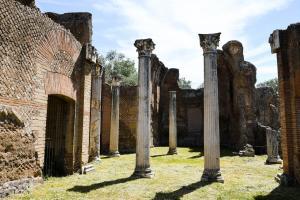 The library courtyard (Cortile delle Biblioteche) adjoins to the east; libraries with the works of Greek and Latin authors stood around it. The Piazza d’Oro is adjacent to the imperial palace (Palazzo Imperiale). This rectangular piazza was surrounded by an open colonnade. 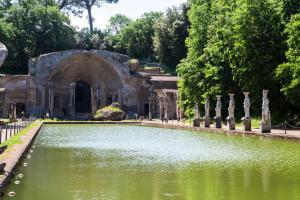 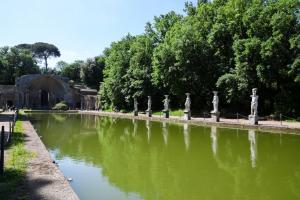 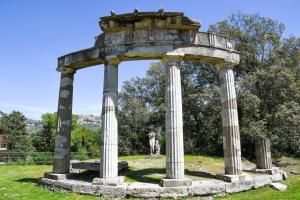 The baths were to the southwest; today, they are a confusing labyrinth with immense vaults that vividly demonstrate the Romans’ high level of skill at building vaults. The Canopo, named after the Egyptian city Kanopos, follows to the south. It is reminiscent of the Temple of Serapis near Alexandria, a 119m long water basin surrounded by columns with an entablature. A visit to the small museum, which mainly displays sculptures found in the Canopo, is worthwhile here. 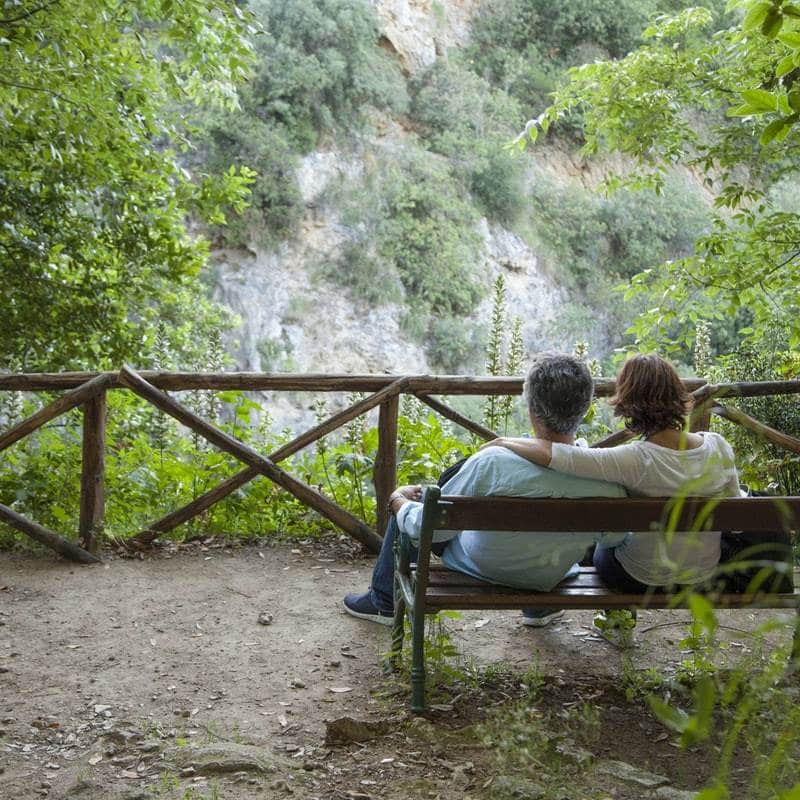