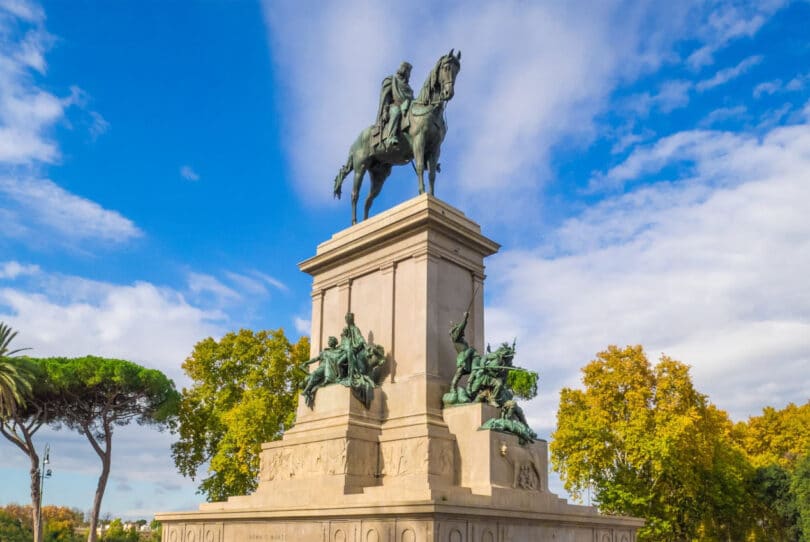 The Janiculum, not counted as one of the Seven Hills of Rome, is a ridge rising steeply from the Tiber and approximately parallel to its course for the whole of its length. It is now mostly covered with parks and gardens, and has two important churches, San Pietro in Montorio and Sant’Onofrio at its southernmost and northernmost end. It received its name from the god Janus (Giano), for whom a shrine is said to have existed here. 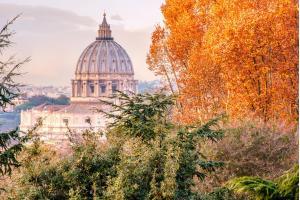 Marble busts of Italian patriots line the road that starts at Porta San Pancrazio and Passeggiata del Janiculum. Since 1904, a shot has been fired daily at 12 o’clock sharp from a captured Austrian cannon below Piazza Garibaldi to tell the Romans that it is noon. In the evening, a small white lighthouse sends the Italian national colours – green, white and red – across the city. 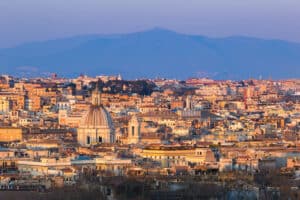 Cityscape of Rome, Italy, at sunset in autumn, a view from the Gianicolo (Janiculum) hill 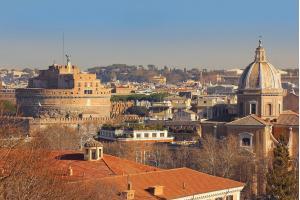 view of the historical center of Rome from the height of the Janiculum Hill, is one of the best locations in Rome for a scenic view of Rome with its domes and bell towers, Italy

The panorama of Rome from Piazzale Garibaldi is wonderful; from the north-west corner, there is even a view of St Peter’s Basilica. An equestrian statue of Giuseppe Garibaldi, who achieved the unification of Italy in 1870, serves as a reminder that the hardest-fought battles in defence of the short-lived Roman republic raged up here in 1849. Just a few steps further on, the monument to Garibaldi’s first wife Anita, on horseback with hair blowing in the wind, is even more dramatic. 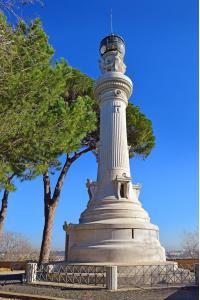 Manfredi Lighthouse at the Gianicolo ( Janiculum Hill ) in Rome, Italy. built in 1911 was a gift from Italians who migrated to Argentina 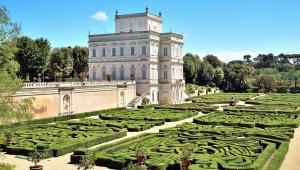 The grounds of Villa Doria Pamphili, at 9 sq km/3.5 sq mi the largest city park in Rome, with expanses of grass and shady spots under stands of pines, extend to the west of Janiculum hill (Via Aurelia Antica). The villa was constructed in 1644-1652 by Alessandro Al- gardi for Prince Camillo Pamphili, the nephew of Pope Innocent X. The Casino dei Quattro Vend (Villa of the Four Winds), which is decorated with impressive statues and reliefs, stands on a terrace on Via Aurelia Antica.

The Janiculum is traversed by Bus No. 41 from Corso Vittorio Emanuele (Via Paola), near the Tiber. By foot the prettiest approach is from Trastevere (Via Garibaldi, or Vicolo del Cedro behind Piazza Sant’Egidio).