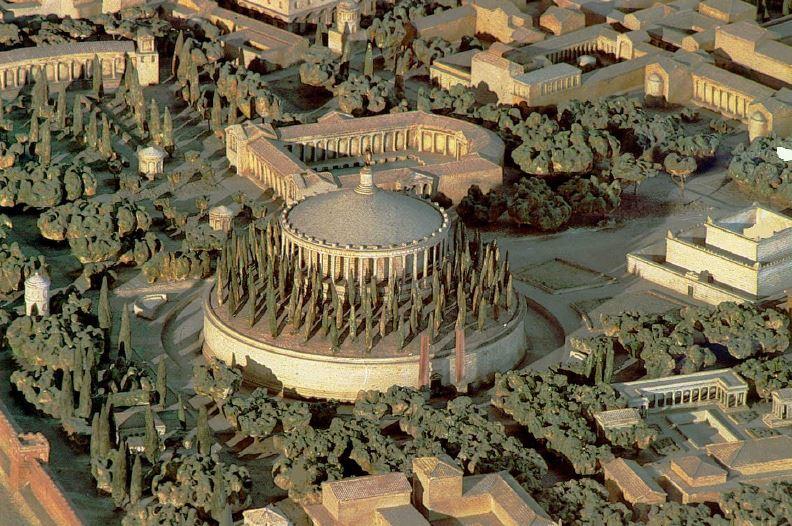 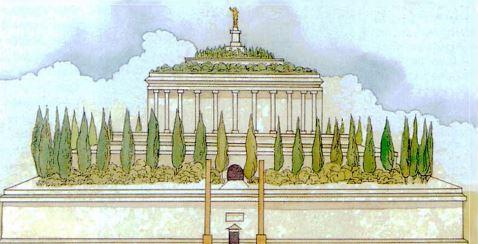 Ancient sources enable us to reconstruct the building precisely: The edifice is circular and measures about 87 metres across. The emperor was laid to rest here, and his statue was placed on top of the monument.

The door is flanked by two pillars, to which were fixed the bronze tables with Augustus’s autobiography, and two obelisks, perhaps commissioned by the emperor himself: one is now stands between the statues of the Dioscuri before the Quirinal, the other by the apse of Santa Maria Maggiore.

Throughout the first century A.D. the mausoleum was used as a tomb for the imperial family. In the Middle Ages the mausoleum was turned into a fortress by the Colonna family, and later, in quite modern times it was used for public amusements. Excavations in the 1930’s cleared away all the later additions to reveal the original structure.

Distance to the Roman Colosseum

Mausoleum of Augustus, 2,6 km from (32 min walk) from Colosseum.