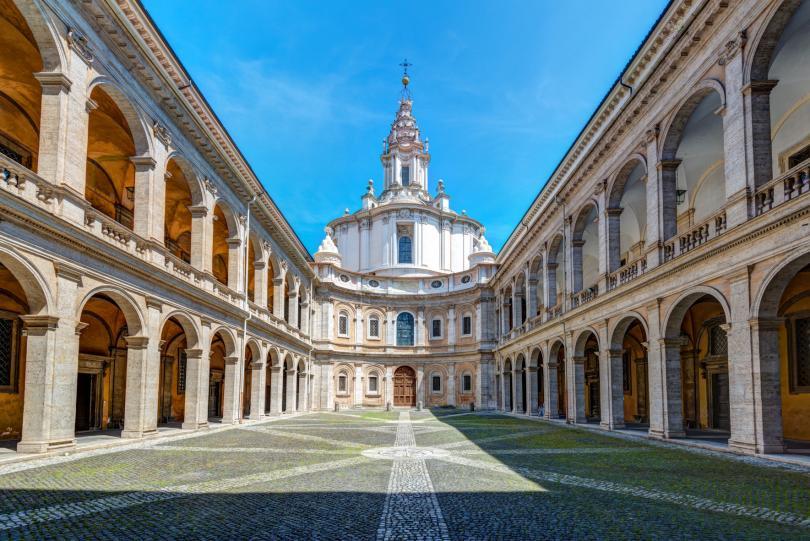 After its foundation in 1303 by Pope Boniface VIII, the »Palazzo della Sapienza« (sapienza is Italian for ‘wisdom’) was the Rome’s university until the new university quarter provided more room in 1935. The dome of Sant’Ivo, the church in Palazzo della Sapienza , with its airy lantern and corkscrew turret, is unmistakable from every part of Rome.

The three-storey Sapienza Palace, now used as a state archive (Archivio di Stato), is the work of Giacomo della Porta, who received the commission in 1587 from Pope Sixtus V. 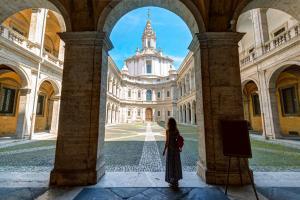 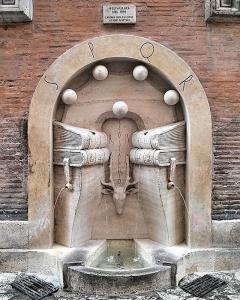 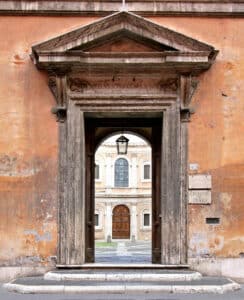 The courtyard gives access to the Church of Sant’Ivo, a palace chapel with a joyous façade made up of alternating concave and convex forms. Pope Urban VIII, of the Barberini family, decided to convert the small chapel of the University of Rome into a majestic church. He hired Francesco Borromini, who started working on it in 1642.

According to Borromini’s designs the interior, which is composed of semicircles and trapeziums, was to have a bee-shaped plan, a reference to the heraldic animal of Pope Urban VIII from the Barberini family. The culmination of Francesco Borromini’s work, this extraordinary church is difficult to get to see from the inside—it is officially open only on Sunday morning for Mass. 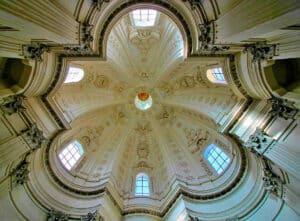 Dome of Church of Sant’Ivo, 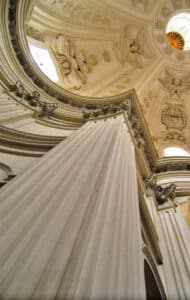 Columns of church of Sant’Ivo