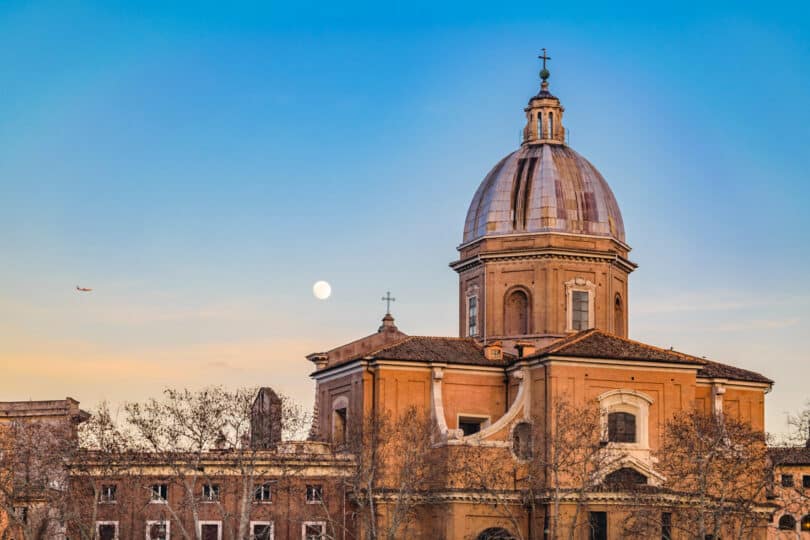 Church of San Giovanni dei Fiorentini was built for their use in 1488, near the Tiber, and in Florentine Renaissance style without much decoration.

To provide his fellow Florentines with their own place of resort in Rome, Pope Leo X of the house of Medici held an architectural competition. Michelangelo and Raphael, among others, took part, but the winning design was by Sansovino. However, Sansovino was not to be the only architect: Sangallo, Michelangelo in an advisory role, della Porta, Maderno and Alessandro Galilei as the creator of the facade all participated in the work. Leo X declared in 1519 that this church should act as the parish church for all Florentines living in Rome and their dependents. The expense was borne by the city of Florence. 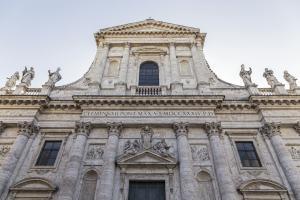 San Giovanni dei Fiorentini was begun by Sansovino and finished by Sangallo and Peruzzi. The façade is by Galilei; the dome and the apse are by Mademo; the high altar by Pietro da Cortona. 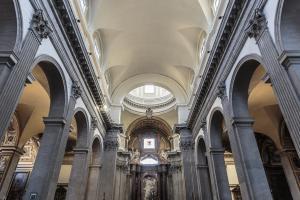 The Florentine church is impressive on account of its size, its austere spatial composition and the rich Baroque decorations which include the apse by Pietro da Cortona and the high altar made to designs by Borromini. Francesco Borromini (memorial plaque on the third pillar on the left) and Carlo Maderno (memorial stone beneath the dome) are buried here. 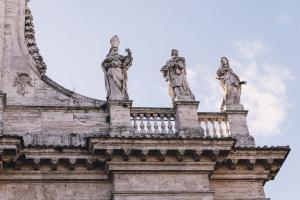 San Giovanni dei Fiorentini set in the Via Giulia, 2,8 km from (34 min walk) from Roman Colosseum.