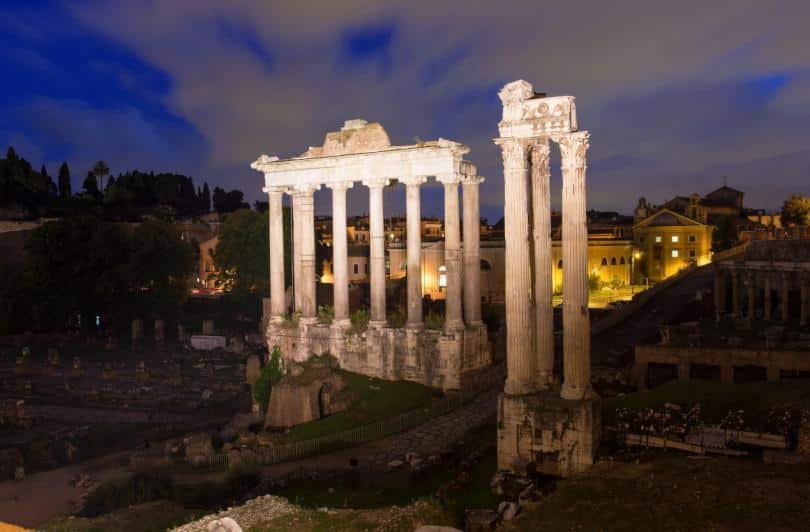 Beyond the Arch of Septimus Severus, this now sorry pile, built to mark the peace between patricians and plebeians, preserves only its 4th-century B.C platform. 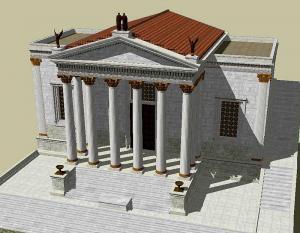 Temple of Concord by the model maker, Lasha Tskhondia

The Temple of Concord was erected by Furius Camillus, the conqueror of the Gauls in 367 B. C. to commemorate the pact concluded at Monte Sacro between plebeians and patricians. The temple was rebuilt in 121 B.C. and dedicated to goddess Concordia by the Roman Consul, Lucius Opimius, after the murder of Caius Gracchus. 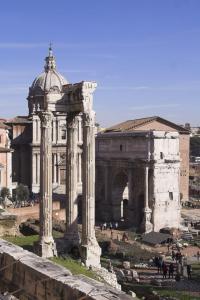 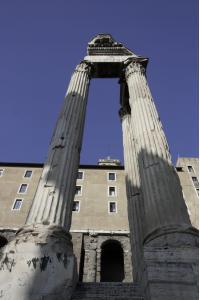 It was restored by Tiberius at the beginning of the 1st-century AD and later used as a museum for Greek sculptures and paintings. In this temple, the Senate met to hear Cicero’s last speech against Catiline. Part of the temple frieze can be seen in the Tabularium when visiting the Capitoline Museums. 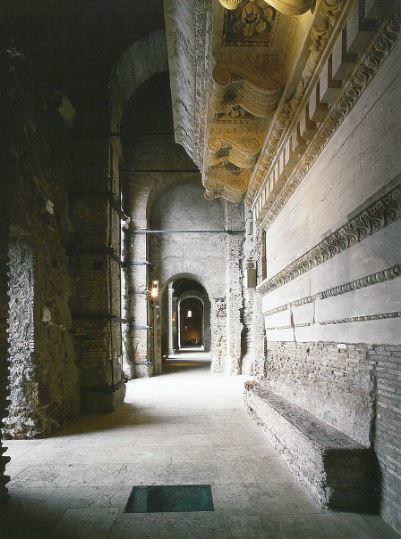 The interior of the upper gallery of the Tabularium with, in the foreground, the fragment of trabeation from the Temple of Concordia.