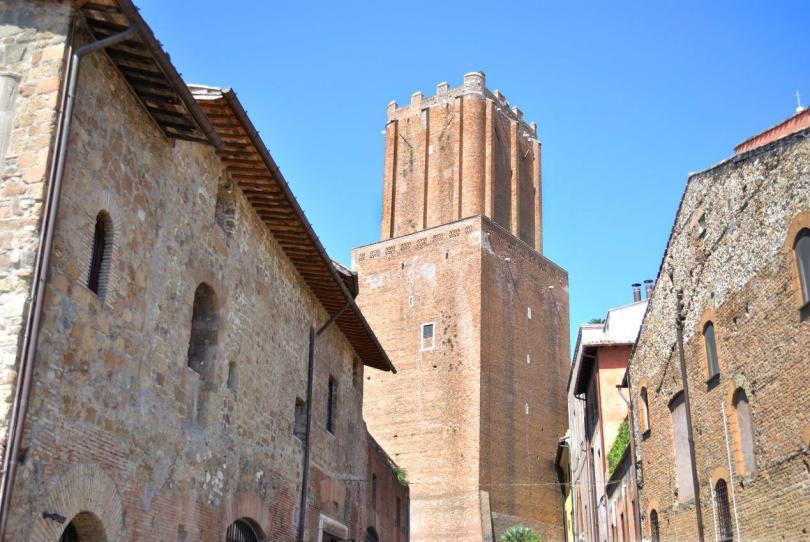 The Torre delle Milizie is one of the oldest and strongest family towers in Italy and the largest in Rome. According to popular belief, Emperor Augustus is buried under the Torre delle Milizie. It was for long known as Nero’s Tower, from the tradition that from its top Nero watched Rome burning.

Erected as a guard tower by Pope Gregory IX in the 13th century and probably named after a nearby barracks of the Byzantine militia, it belonged to a succession of different noble families. Torre delle Milizie stood on the edge of this part of the medieval city and so would have been visible from miles around. It originally had three storeys; two of them survive. Against the opposition of the Roman city nobles, the German King Henry VII won the right to be crowned emperor from here in 1312. The structure tilted very early on, so that Rome also has a »leaning tower«.

In 1914 the tower was restored and isolated from the convent of Santa Caterina. 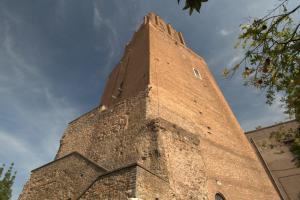 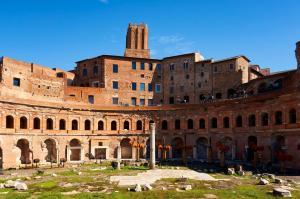