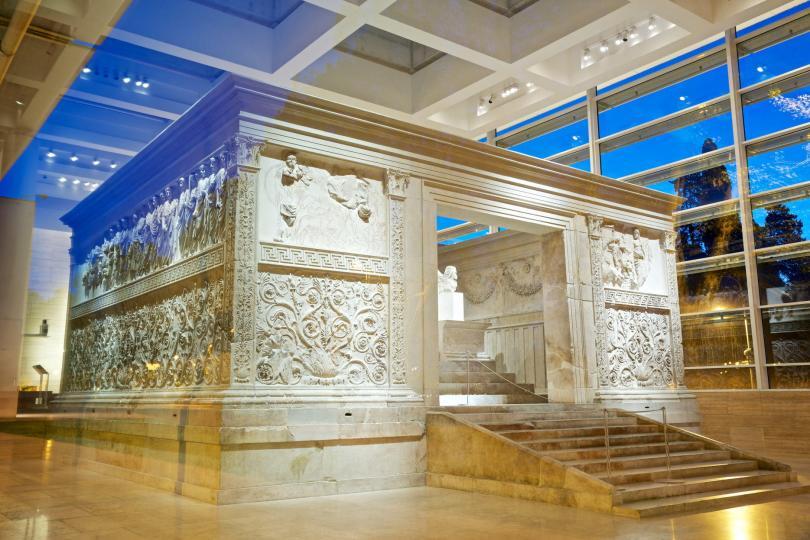 After the confusion of the civil wars, Augustus was finally able to secure peace for the Roman Empire. This was the beginning of the golden age of Augustus. According to the Res Gestae, the senate therefore decided to erect the Altar of Peace (Ara Pacis) on the Field of Mars; it was dedicated on 30 January, 9 BC under the open sky. 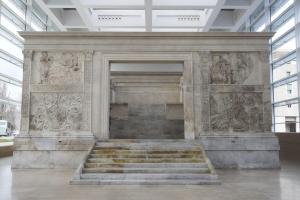 view of Ara Pacis at Rome

The Altar of Peace (Ara Pacis) remained buried and hidden under buildings for centuries. It was rediscovered in the 16th century during building work; the remains were excavated and reconstructed on the bank of  the Tiber in 1938. Star architect Richard Meier created the steel and glass structure that protects it from the elements.

The Ara Pacis is an altar situated in the inside of a closed structure sculpted in Carrara marble. It stands out because of its excellent decor composed of various reliefs revealing the fam […] 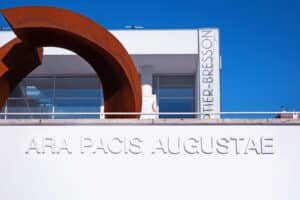 This masterpiece of the art of relief sculptureis the perfect commemoration of the Roman Empire with its religious roots and celebrations, its all-embracing claim to power, its imperial dynasty and state institutions. The lower part of the exterior surrounding wall of the altar, made from Tuscan Carrara marble, bears opulent ornamentation of leaf tendrils of acanthus, ivy, laurel and vine on all four sides with small animals and birds playing among them. 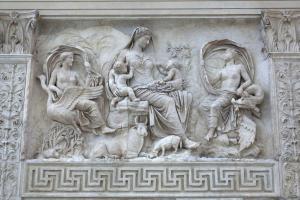 Relief of female Goddess with Twins on the Altar of Augustan Peace in Rome, Italy 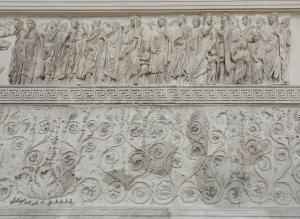 The upper part of the marble balustrade is taken up by friezes: the shorter sides show allegorical and mythological scenes including the four elements, the sacrifice of Aeneas, and, next to the entrance, the cave of Lupercal where the Roman she-wolf is said to have suckled Romulus and Remus.

The reliefs on the long sides relate historical events; the frieze lacing Via Ripetta shows illustrious members of the emperor’s family including Augustus, Agrippa, the emperor’s wife Livia and Gaius Julius Caesar . Ten steps lead up to the massive pedestal with the actual altar at its centre, guarded by lion sphinxes. About one third of its reliefs have been preserved; they illustrate sacrificial ceremonies.