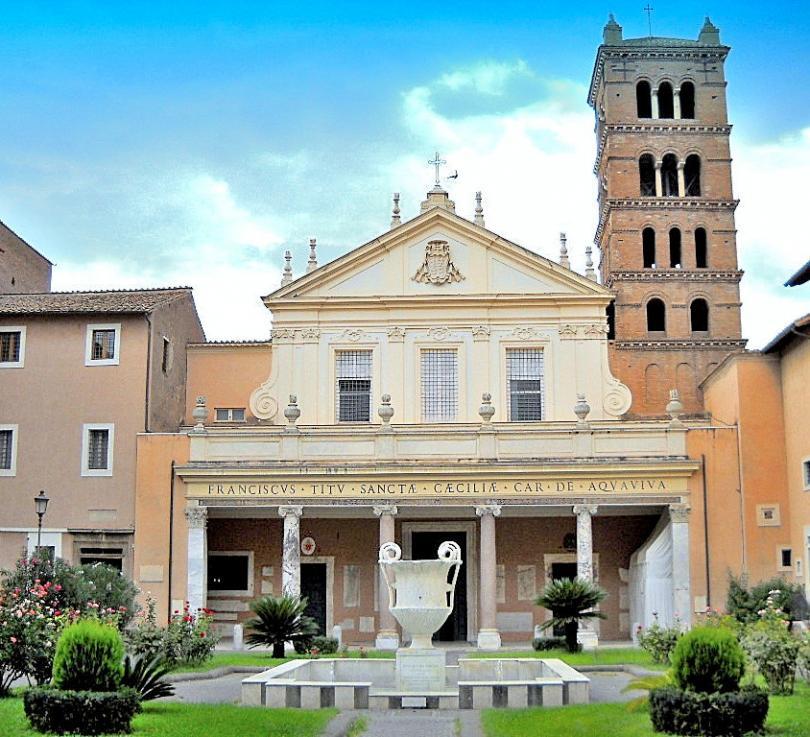 Basilica di Santa Cecilia was first founded in the 5th century, on the site of the holy Cecilia’s house. It was reconstructed in the 9th century by Pope Pasquale I, who acted on an indication of the martyr in a dream. 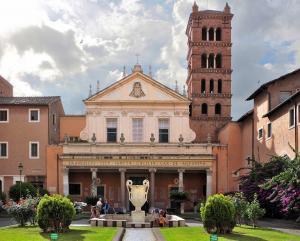 Cecilia or »coeli lilia« (heavenly lily) is among the early Christian martyrs who were highly revered in Rome and whose life and death are surrounded by many legends. The house of her husband Valerianus is said to have stood on the church square, before a church was erected in the 5th century; it was renovated in the 9th century, when the relics of St Cecilia are said to have been brought here from the catacombs of St Callistus, and the bell tower and portico were added in the 12th century.

In the confessio under the altar lies the marble statue of St. Cecilia that was carved around 1600 by Stefano Maderno. This celebrated masterpiece shows the saint in the position in which she was found when her tomb in the Callistus Catacombs had been opened a year before.

The façade by Ferdinando Fuga, who also designed the courtyard, dates from 1725. In the choir, note the marble ciborium by Arnolfo di Cambio inscribed with the date 1283, as well as the statue of St Cecilia carved by Stefano Maderno in 1600, one year after the corpse of a girl in this pose was found in the Calixtus catacombs.

The apse is decorated with a 9th-century mosaic. The foundations of an ancient Roman house can be visited from the crypt. Access to the convent of Benedictine nuns requires special permission. Its choir is decorated by Pietro Cavallini’s Last Judgement from 1293, which used to be kept in the church – the garments and gestures in the depiction of Christ passing judgement on the world and of his apostles are reminiscent of ancient sculptures. 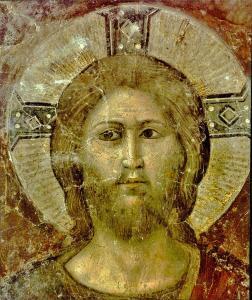 Extensive restorations in the crypt and church were begun by Cardinal Rampolla in 1899- 1900 and the crypt containing the bodies Cecilia, Valerian, Tiburtius and Maximus was enlarged and most lavishly decorated. 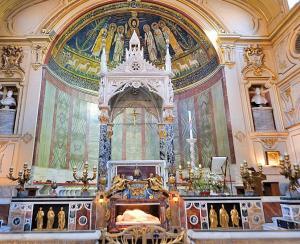 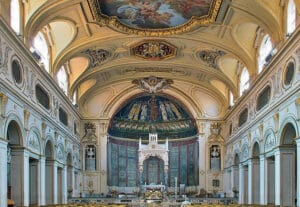