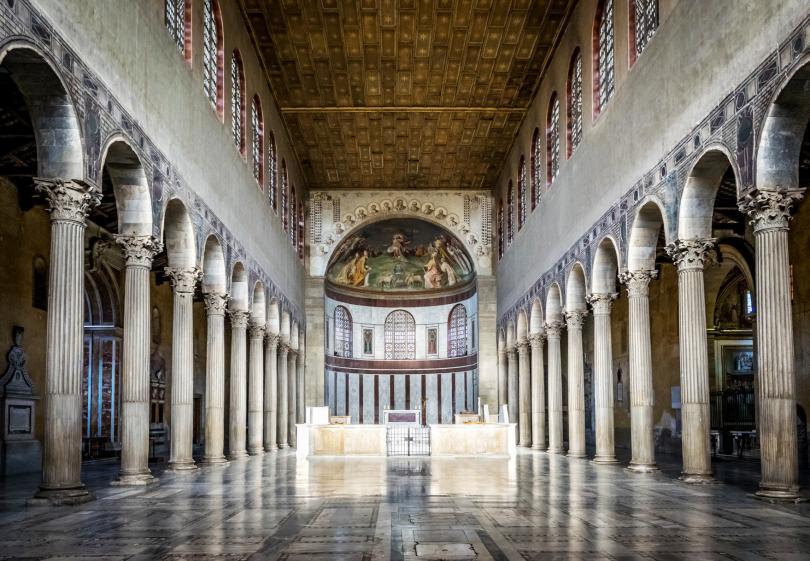 According to legend, the house of Roman women named Sabina once stood on this spot. St. Sabina is said to have been run through with a sword during the reign of Roman Emperor Hadrian and so received the palm of martyrdom. Between 425 and 432, St Peter of Illyria built the church above a house belonging to the Roman Christian Sabina. Pope Eugene II had it furnished with marble in 824. In 1222, Pope Honorius III donated the church to the Dominicans. 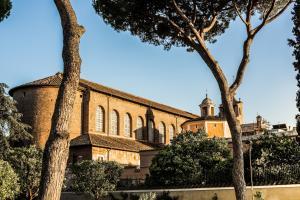 Exterior façade of the Basilica of Santa Sabina on the Aventine Roman. Rome 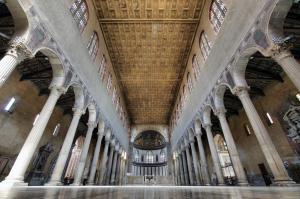 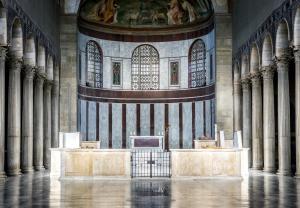 Interior of the Basilica of Saint Sabina in Rome, Italy (2)

The centre portal of the narthex houses the oldest carved wooden door in Christian art, which was produced around 432. The reliefs wrought from African cedar, designed by unknown artists with sensitivity and expressive energy, show scenes from the Old and New Testament. 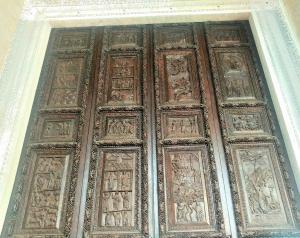 The double doors of cypress wood in the vestibule of the church of S. Sabina, which were carved by an unknown master in the 5th century, are among the oldest and finest wood reliefs that have survived.

18 out of the original 28 panels have been preserved, although not in their original order. In the five lateral rows of door panels, the following are easily recognizable from the top left to the right:

1st row: crucifixion, women with angel at the tomb, three Magi, disciples at Emmaus; 2nd row: healing the blind and the bread and wine miracle of Cana, Moses’ miracle of quails and manna, and the miracle of striking (he rock, the ascension of Christ, Christ above the church triumphantly crowned by St Peter and St Paul. 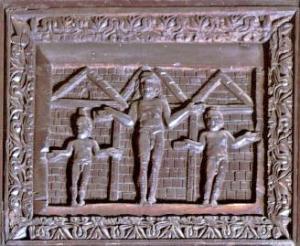 Crucifixion of Christ, Detail of the Central Portal 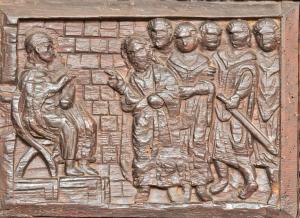 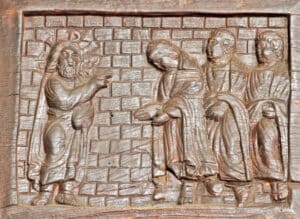 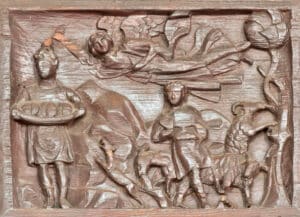 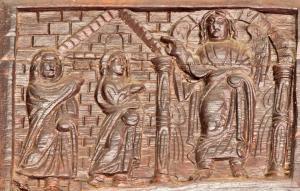 3rd row: Christ with the doubting Thomas, Christ appears to the women after his resurrection, the denial of St Peter, Habakkuk; 4th row: Moses with the burning bush and receiving the tablets of stone, Zacharias silent in the temple, passage through the Red Sea and the brazen snake, ascension of Elijah; 5th row: Pilate sentencing Christ, Jesus before Caiaphas or Moses before the pharaoh. 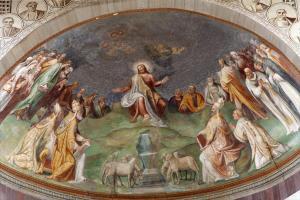 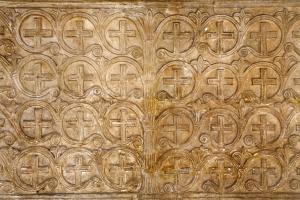