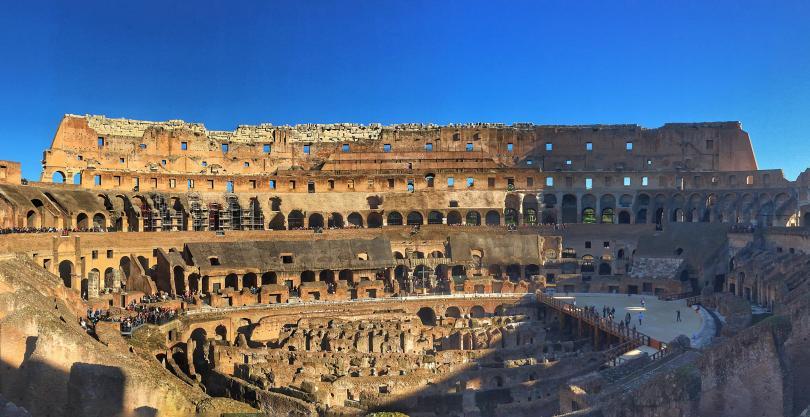 Built in the 70s AD, the ancient elliptical amphitheatre was originally called the Amphitheatrum Flavium, and was the biggest arena in the Roman Empire. This brilliant building had 80 entryways and could seat around 50,000-60.000 (Colosseum Capacity) spectators who would come to view sporting events and games. These occasions consisted of gladiatorial fights, wild animal hunts and, believe it or not, ship naval battles.

There was a highly complicated system of gathering and channelling water from all parts of the edifice. Since it accommodated tens of thousands of people for days on end, it must have been equipped with the basic facilities, such as latrines, fountains, etc. In this respect, the capacity of the Colosseum is still debated by scholars. There are various theories, but jud-ging by the ancient sources and measurements of the building, the most likely estimate is that it could seat almost 60.000 people. 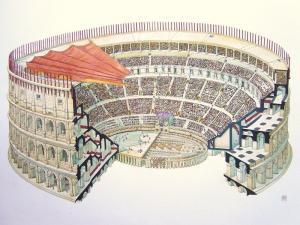 Made from stone and concrete, this splendid monument was constructed with the man power of tens of thousands of slaves. (using over 60,000 Jewish slaves.).