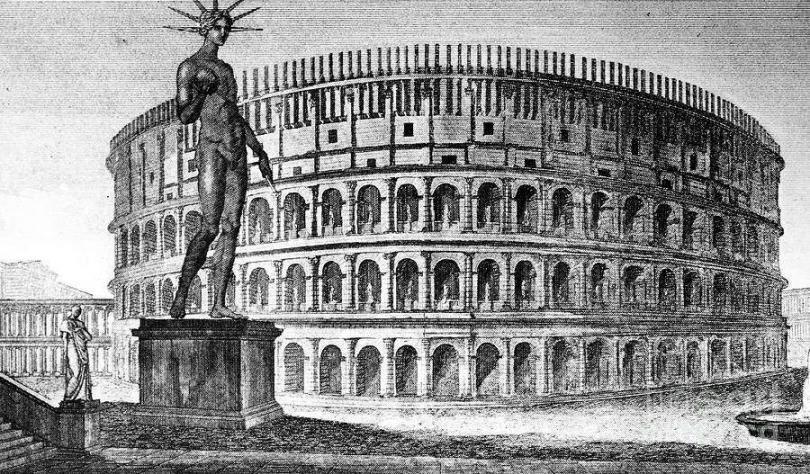 The name ‘Colosseum’ is derived from the Latin word ‘colosseus’ meaning colossal. This was in reference to the gigantic statue of the Emperor Nero which had actually been formerly erected near the site of the Colosseum.

In Middle Ages (circa 7th. c. A.D) the sources initially begin to use the name Colosseus (or Colysaeus) to the Flavian Amphitheatre. This name, probably, referred not so much from the dimensions of the structure however from the colossal statue erected by Nero which remained in the vicinity of the amphitheatre.

Some mediaeval writers speak of it, with that halo of mystery that surrounded pagan things, as the Temple of the Sun; others, remembering the words of the Christian writer Tertullian, described it with indignation and fear as a temple consecrated to all the devils. But later did the studies of humanists like Poggio Bracciolini and Flavio Biondo recover the true function of the building and recognise it as the Flavian Amphitheatre of which the ancient sources speak. 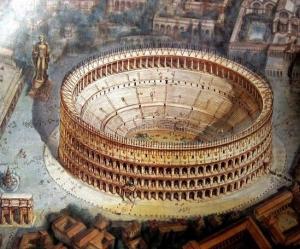 The 30-meter (100 foot) high bronze statue was initially located inside Nero’s private palace in the center of Rome. The statue was eventually transferred to an area outside the Flavian Amphitheatre where it represented a couple of centuries till it disappeared from history. Its fate stays unknown. It was potentially destroyed during the Sack of Rome in 410, or fallen throughout an earthquake. Today, nothing stays of the Colossus of Nero except for the structures of the pedestal near the Colosseum. Lots of natural disasters ravaged the structure of the Colosseum, however it was the earthquakes of 847 AD and 1231 AD that caused most of the damage you see today. 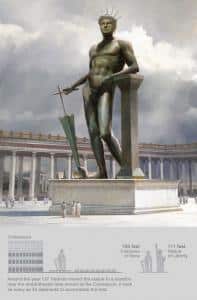