The Curia Julia (Curia Lulia), the Roman Senate’s most ancient meeting-place, probably stood on the present site of the church of Santi Luca and Martina. The great brick edifice now called the Curia was the new Senate House, begun by order of Julius Caesar and completed by Augustus in 29 BC. In the seventh century it was turned into a church and this saved it from destruction.

Arch of Septimius Severus and the Curia in Roman Forum, Rome (2)

The Curia Julia, the meeting place of the Roman Senate and the Santi Luca e Martina church, Roman Forum, Rome, Italy. In 1931, all the parts that had been added to transform it into a church were removed and great care was taken to restore this interesting historical building to its original form.

In the 1930’s it was restored to the condition in which it was left after rebuilding by Emperor Diocletian. The interior of the Curia is a single large space covering an area of almost 500 square meters. The ceiling is 21 meters high. Much of the intarsia marble pavement still dates from the age of Diocletian, as do the architectural decorations on the walls.

The three steps that run round the longer sides once supported the seats of the senators (numbering about three hundred), while at the far end is the dais for the president. The bronze doors are a copy of those dating from the reign of Diocletian. In the seventeenth century, the originals were moved to the basilica of San Giovanni in Laterano, where they can still be seen in the central portal.

The Plutei of Trajan (Anaglypha Traiani)

The Curia contains two large reliefs from the period of Trajan. There is controversy about their original location; they may have been the breastwork of an orator’s platform, or a balustrade. Extremely valuable as a contemporary depiction of the Forum,  they show official business being transacted: on the relief shown above, taxes are being imposed on the citizens and notes of indebtedness burnt in the presence of the emperor. The relief below shows the granting of alimenta, there were loans at a low rate of interest for agriculture, the proceeds of which went to support children who were in need. The back of the relief shows the kinds of animals that were sacrificed at the great Roman festivals: pigs, sheep, and bulls (the suovetaurilia).

A Day in the Life of a Senator

The Roman writer and statesman Pliny the Elder wrote a lyrical description of a day in his villa in the Tuscan hills. He wrote, “I wake when I please, generally at dawn. … I concentrate on what work I have on hand . . . then call in my secretary and dictate what I’ve composed . . .. About the fourth or fifth hour [8:30-10:30 a.m.] I go to either the terrace or the covered portico [porch]
… think and dictate .. .then into my carriage to continue concentrating . . . then a siesta [nap] then a walk, and then I recite aloud a speech in Greek or Latin . . . then another walk, a rubdown with oil, exercise, and a bath. After dinner, reading of a comedy or music. Then a walk with my staff, some of whom are learned, men. And so we pass the evening chattering on various topics.”

Four Assemblies of the Roman Senate

Comitia Centuriata: In the days of the monarchy, the structure of this assembly was similar to the structure of the military. During the Republic, it was made up of soldiers and other members of the military elite. This powerful assembly could only be convened by a magistrate with imperium. The members were divided into voting units called centuries, based on age and wealth. It had the power to declare war or peace and was responsible for electing the higher magistrates. It was also the highest court of appeals in the Roman legal system. It lost much of its power by the Empire period.

Concilium Plebis: To combat the power of the patrician class, the plebeians created this assembly in 494 b.c. For many years, it was restricted to plebeians only. It elected its own magistrates and other plebeian officials and passed laws that applied only to the plebeian class. After 287 b.c. its laws applied to all Roman citizens, regardless of class.

Comitia Tribute: This assembly was made up of individuals from the various tribes of Rome. All Romans belonged to one of the thirty-five tribes that existed in Rome’s earliest days. Members of this assembly were grouped according to the tribe they belonged to. It could be called to meet by consuls or other high government officials. It elected lower magistrates and served as a court of appeals. It also voted on legislation brought forth by magistrates.

Comitia Curiata: Originally, Rome was divided into thirty curiae or wards. In the early days of the Roman civilization, this assembly was made up of men from these curiae. Little is known about the workings of this assembly, but it is believed that it had few legislative powers. By the late Republic, it met only for formal events and to bestow imperium, or power, to certain government officials. 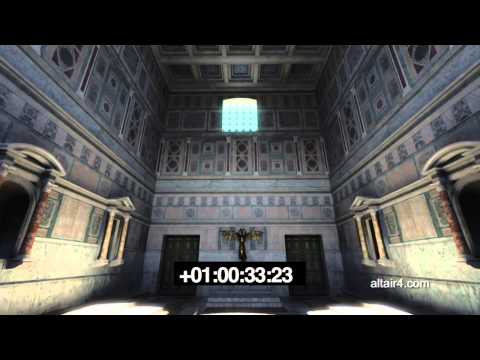 Platform for the chairs of the emperor in the Curia

Tickets & Tours for your Visit: