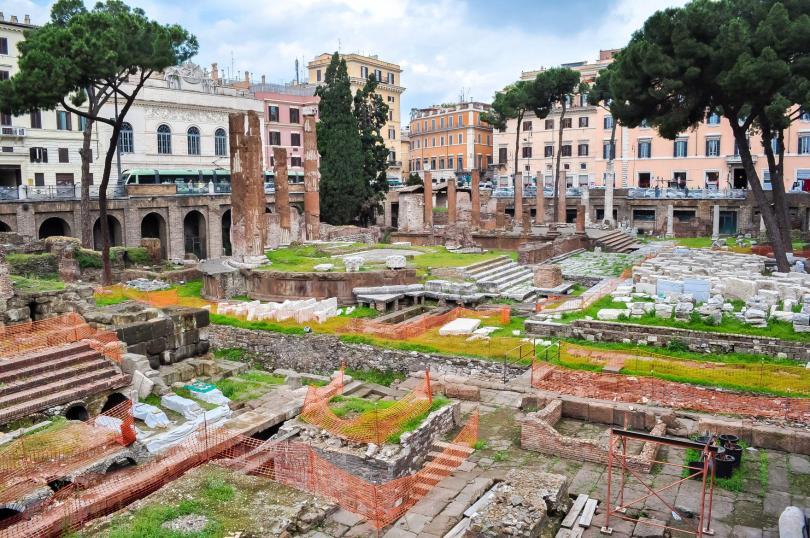 The temple precinct of Largo Argentina is in the middle of the busy square, a few metres below the modern street level. The name Torre Argentina is derived from a tower at the house of the papal master of ceremonies Burckhadt of Strasbourg, known as Argentoratum, who lived in house no. 44 in the nearby Via del Sudario at the beginning of the 16th century. However, an alternative explanation derives the name from the surrounding shops of the silversmiths, he argentarii. 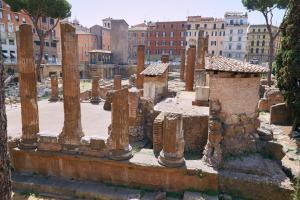 Ancient ruins on the square of Torre Argentino in Rome, Italy

At the centre of this large piazza (more commonly known as Largo di Torre Argentina) are the remains of the city’s four oldest Republican temples (4th-1st centuries BC).

In the late Roman Republican Period when in practice the people had almost no political power left to influence decisions, the whole of the Campus Martius (Field of Mars) was fundamentally reorganized. Theaters, amphitheaters, and baths to entertain the population of Rome, buildings were erected in honor of the emperor and his family, and they merged together to form a magnificent urban architectural complex.

During the Middle Era the area was largely deserted, but after the early 16th century, when the architectural renovation of the city began with the return of the popes from Avignon, new streets and squares were laid out and many new buildings constructed.

The four temples that came to light during excavations between 1926 and 1930 form one of the few complexes from republican, i.e. pre-imperial, Rome. 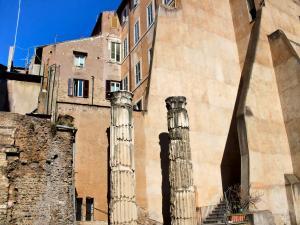 The area Largo di Torre Argentina in Rome in Italy.

The site contains the rectangular Temple A by the bus stop, of which 15 columns are still visible and in which the now-destroyed church San Nicola dei Cesarini was built during the Middle Ages; the adjacent Temple B with six surviving columns, which once contained the statue of the seated goddess Juno; the sallest, oldest and lowest-lying temple, the rectangular Temple C from the 4th or 3rd century BC; and Temple D, over part of which Via Florida runs. It is not clear to which gods the temples were dedicated. 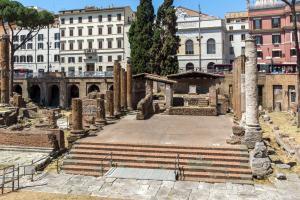 Amazing view of Largo di Torre Argentina in city of Rome, Italy. The place where Gaius Julius Caesar was killed 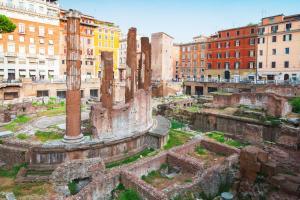 On the Largo’s west side is the 18th-century Teatro Argentina, present home of the “Teatro di Roma”, the city’s leading theatre company. It was here that the first performance of Rossini’s Barber of Seville was booed and whistled off stage in 1816—the composer’s enemy.

Torre Argentina houses above 100 cats. The cats which invaded the city after the excavations in Rome were fed by gattare until their numbers reached about 250. Then in order to keep the wild cats population in check and help the disabled or sick ones the volunteers began to work there. 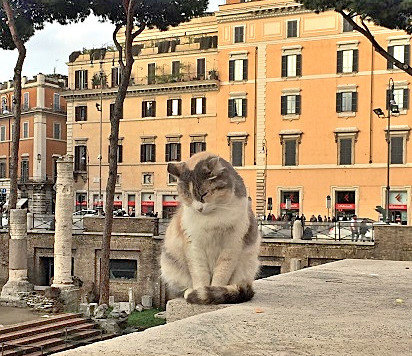 You can realize the cats sleeping or sunbathing around the ancient ruins. You can also adopt a cat or donate the organization.

Tickets & Tours for Your Trip: