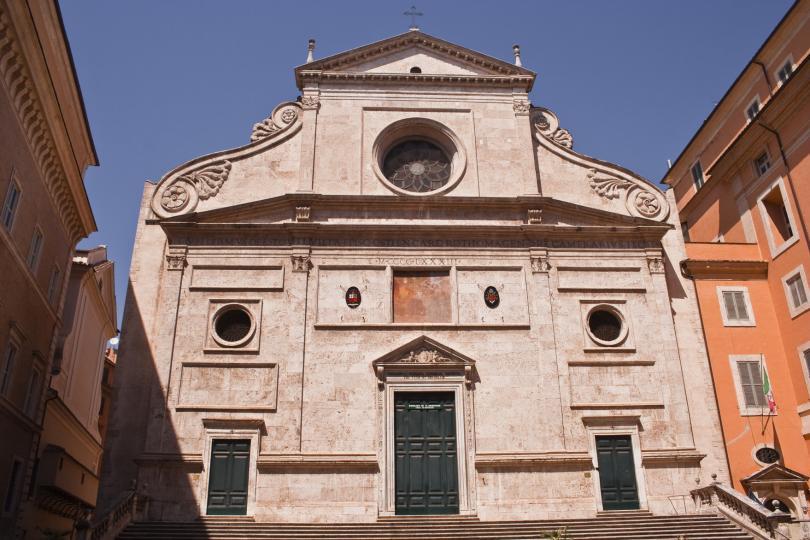 Sant’ Agostino near  Piazza Navona is known in Rome as the church in which pregnant women pray to the figure of Madonna del Parto (Madonna of birth) for a successful birth, and couples pray for a child.

The chapel, which was probably constructed by Giacomo da Pietrasanta between 1479 and 1483 and was renovated in 1750, has a travertine façade, one of the first Renaissance façades in Rome.

The interior, with a high nave that is almost as narrow as the two aisles, is dominated by the dome above crossing, from which the choir spaces open. Jacopo Sansovino’s Madonna del Parto (1521), Raphael’s Prophet Isaiah (1512) on the third pillar on the left and Caravaggio’s Madonna dei Pellegrini (1605) in the first chapel of the left aisle are also worthy of note. 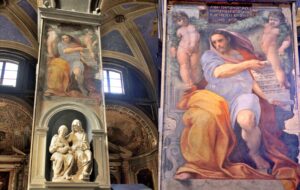 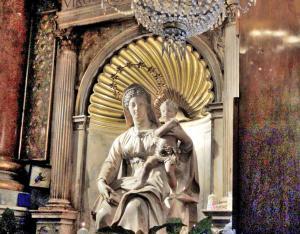 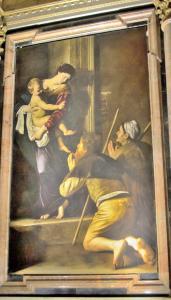 Sant’Agostino set in the Piazza di Sant’Agostino, 2,9 km from (23 min walk) from Colosseum.