The Colosseum was constructed between 72 A.D and 80 A.D under the Emperor Vespasian, in the heart of Rome. When it was first built it was initially called the Flavian Amphitheatre, after the Flavian dynasty of Emperors including Vespasian, Titus and Domitian. 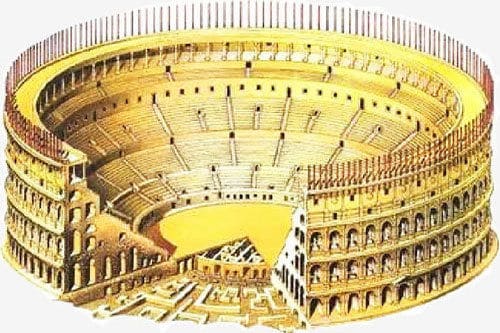 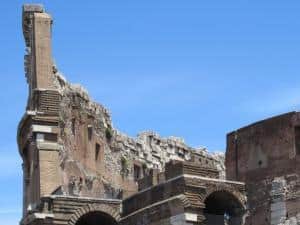 Above the wood arena flooring, there are other 4 floorings, every one being a complex set of spaces and passageways, stairs and rows of seats. Te upper floors were destined to the lower classes and females. The most affordable floor was devoted to popular people. Below the ground were spaces and cages for wild animals and the mechanical devices. There were passageways between the cages and the arena, through witch the animals could appear to the public.

Colosseum was covered with a substantial awning, the velarium. More than 1,000 men were used to install it by anchor it to the ground. The velarium was used to safeguard the viewers from the sun.