Domitian’s private residence was connected with an enormous garden in the form of a stadium for chariot races, 160 metres long. Decorated by fountains, its perimeter was bounded by a two-storey portico. A spine ran down the centre of the stadium and formed the longitudinal axis around which the chariots raced. 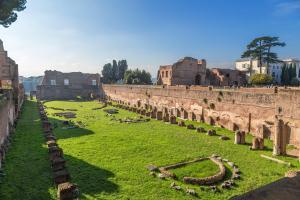 Hippodrome of Domitian on the Palatine Hill, 80 – 92 years. 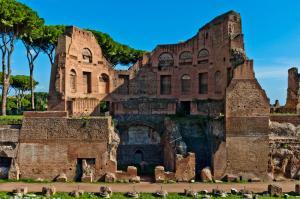 At one end an imposing stand enabled the emperor to watch the races in the Circus Maximus from his own palace. A little more than a century after the construction of the Domus Augustana, Emperor Septimius Severus ordered his baths to be built next to the Stadium as part of a vast program of architectural improvement of the slopes of the Palatine. 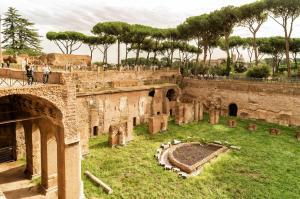 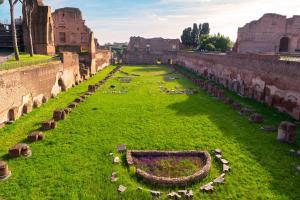 Hippodrome of Domitian on the Palatine Hill -Rome, Italy 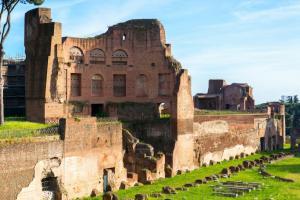 Hippodrome of Domitian on the Palatine Hill

They were set above massive vaults and their facade formed a monumental fountain called the Septizodium. The great arches of the baths are still clearly visible from the valley of the Circus Maximus.

Tours & Tickets for your Trip:

Hippodrome of Domitian set in the center of Rome, 110 m from (1 min walk) from Colosseum.