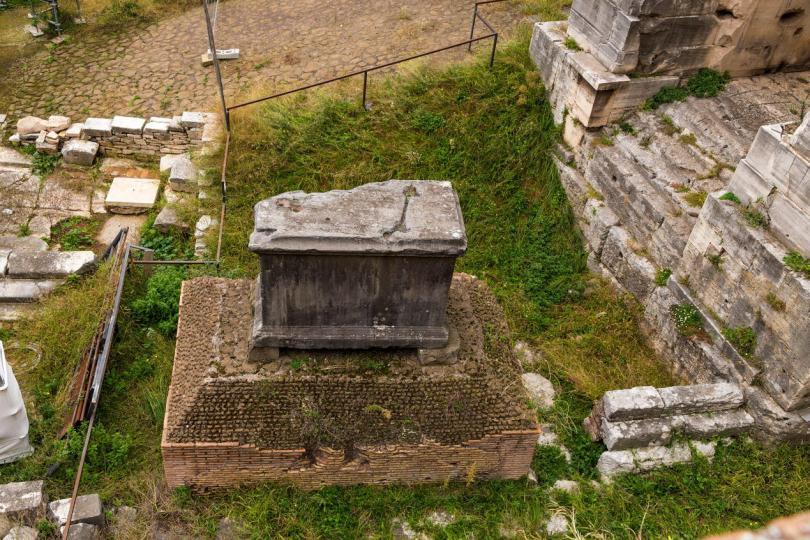 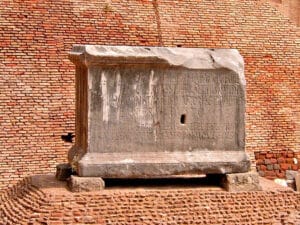 The black marble pavement however seems to date to the late republican period, in commemoration of the disastrous profanation of the site during the Gaulic invasion of 390 B.C.

Below it is an inaccessible subterranean room which in the Middle Ages was thought to contain the grave of Romulus. Next to it is a tufa column discovered during excavations in 1899 (by Giacomo Boni). It is the oldest known monumental inscription in Latin Language and dates to the 6th century B.C. 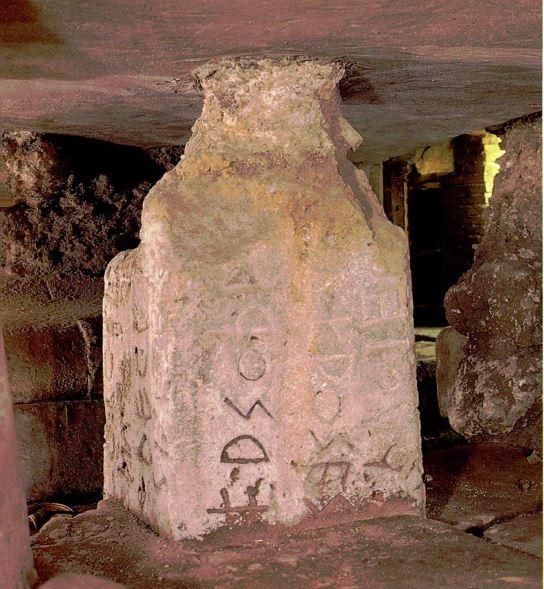 The inscribed stone found beneath the “lapis niger” in front of the curia in Roman Forum is a part of an ancient shrine to Vulcan. It is thought to be a warning not to disturb the shrine. The inscription is obscure; parts of it are missing, and it is written in an archaic alphabet. The letters are close to old Greek in form. 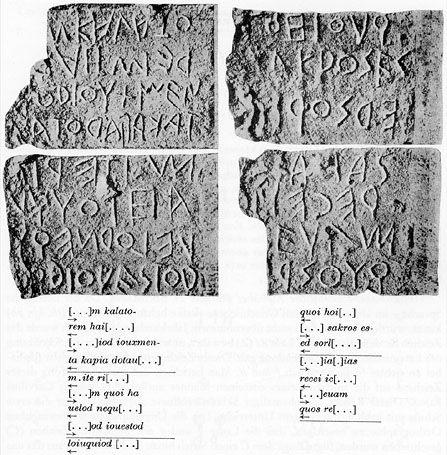 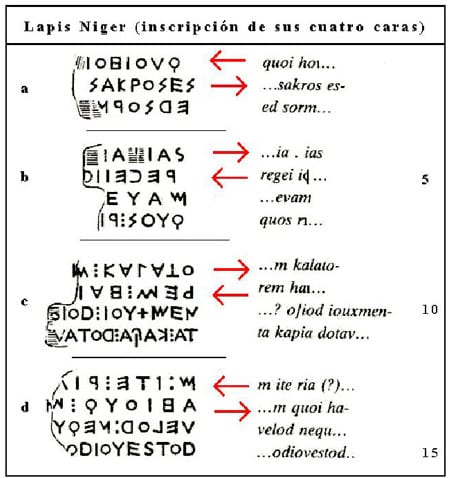 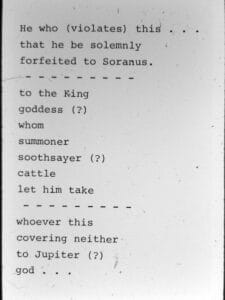 Translation of the Latin Inscription of Lapis Niger. Source (click)

The inscription on the original stone, part of a shrine, dedicates it to a king and curses anyone who should disturb the shrine. In the 1st century BC, it was replaced with a black marble pavement.

Myth at the Heart of the Roman Empire: The Lapis Niger (Video)

The legendary founding of the city in the year 753 BC (I ab urbe condita) was the beginning of the Roman calendar, although the mythological foundation date of the »urbs quadrata« by Romulus and Remus was only determined by the historian Livy in the 1st century. 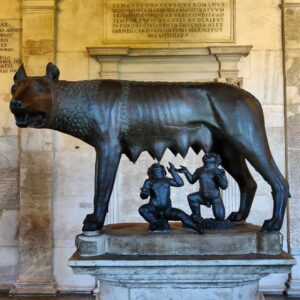 The landmark of the city is the Capitoline Wolf with Romulus and Remus. Capitoline Museums.

He reports that the fugitive Aeneas landed in Italy after the Trojan War and founded Alba Longa, where King Numitor would later rule. His daughter Rhea Silvia, obliged to remain celibate and childless as a priestess in the Temple of Vesta, bore the twins Romulus and Remus, who were fathered by Mars, the god of war.

Then Amulius, Rhea’s evil uncle, who had meanwhile usurped the crown, imprisoned his niece and abandoned the twins in the marshes below the Palatine hill. Here they were nursed by a she-wolf and later found by a shepherd, who raised them. As young heroes, they re-established order by killing the tyrant Amulius and founding a new city on the Palatine hill on 21 April, 753 BC: Rome. Remus was struck dead by his brother during an argument over the borders of the city. Legend makes Romulus the first king of »Roma« – until the gods took him up to heaven, whereupon he was honored as the god Quirinus.

Lapis Niger to the Colosseum

Lapis Niger set in the Roman Forum, 0,65 km from (8 min walk) from Colosseum.