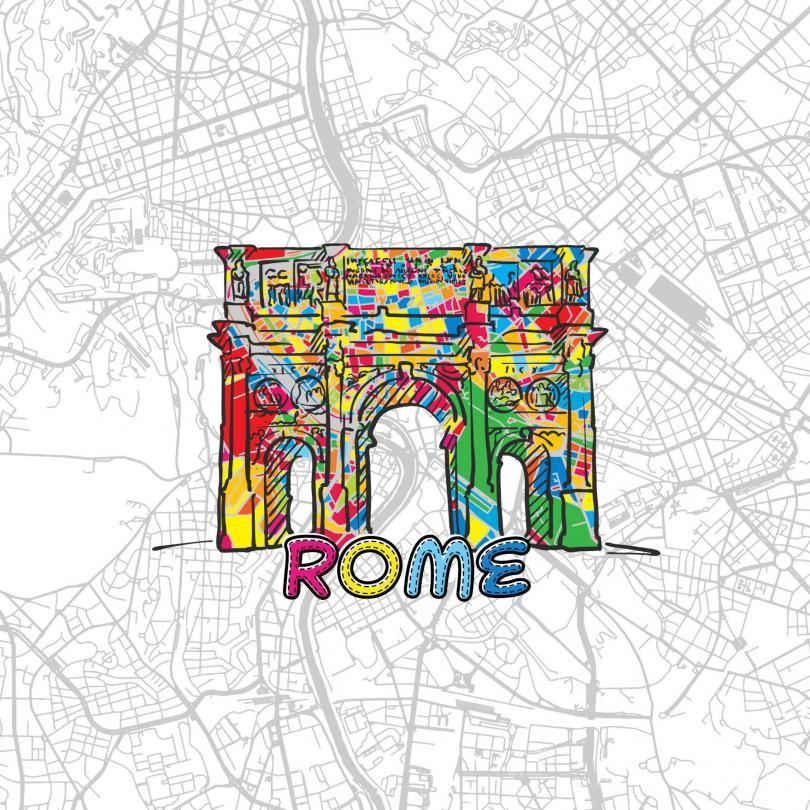 Vatican to Colosseum: Plan for Your Trip

The tour starts in the Vatican in the early morning, before St Peter’s Square is flooded with people from all over the world. This is the most enjoyable time of day for a visit. From here continue across a succession of beautiful squares to churches famous for their treasures and all the way to the Colosseum, where weary visitors can find some peace and quiet on the stone seats. 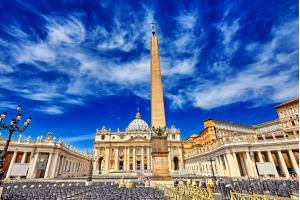 Allow sufficient time to explore the  Vatican. Both St Peter’s Basilica with Michelangelo’s Pieta and the Vatican museums are unrivalled in the world. After such a copious helping of art and culture, take a walk across the Gianicolo (Janiculum) to get some fresh air and enjoy a breathtaking view of Rome. At the foot of the hill is the Villa Farnesina, a Renaissance palace with beautiful gardens. After crossing the Tiber, stroll through the quaint alleys of the old city to the Campo de’Fiori. This, “the field of flowers”  with its colourful flower and vegetable stands every weekday morning, is probably the most Roman part of Rome. 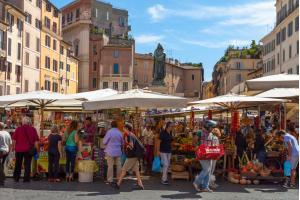 Vatican to Colosseum – Campo de ‘Fiori in Rome, Italy. Field of Flowers is one of the main squares of Rome, lively both day, market, and at night, when the terraces are filled with tourists – Kopya

An absolute must among the sights of Rome is the spacious Piazza Navona with Bernini’s Baroque Fountain of the Four Rivers – a favourite backdrop for street entertainers and fast portrait artists. The construction of the Pantheon, just a few steps away, is as simple as it is ingenious. 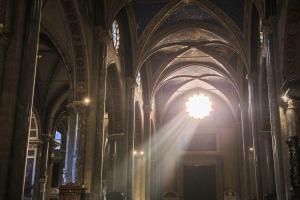 It was built to honour the gods by the son-in-law of Emperor Augustus in 27 BC. It takes great strength to support wisdom, says the inscription on the base of the elephant-figure obelisk in front of Santa Maria sopra Minerva. This church is approximately half-way to the busy Piazza Venezia, where the Via dei Fori Imperiali (Imperial Forums)with the imperial forums begins. Here are the crowning highlights of the tour, the ancient ruins of the Foro Romano (Roman Forum) and Colosseum.

Rome Tickets & Tours for Your Trip: