On the north façade. which is symmetrical to the south one, we find four roundels from the age of Hadrian portraying: a boar hunt (11), a sacrifice to Apollo (12), a lion hunt (13), and a sacrifice to Hercules (14). On the attic, the four panels from the age of Marcus Aurelius framed by four Dacian prisoners (A) depict: the arrival (adventus) (15) and departure (orofectio) (16) of the emperor, the distribution of gifts to the people (liberalitas) (17) and a scene of clemency towards a barbarian chief (dementia) (18). 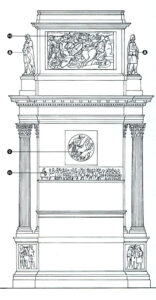 Above the frieze on the east short side there is a roundel from the age of Constantine with Apollo/Sol emerging from the sea on a quadriga (9), while the attic displays a panel from the age of Trajan protraying the emperor in a battle scene (10). 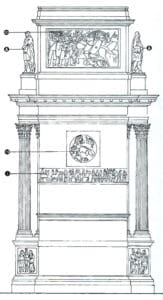 On the west short side there is a second roundel from the age of Constantine, symmetrical with the east one, portraying Diana/Luna on a biga (19), while the attic displays another Trajanic panel with a battle scene (20). In addition, the frieze of Constantine begins on this side with the departure of his army from the Milvian Bridge (I).

It continues on the south side with the siege of Verona (II) and the battle of the Milvian Bridge (III), on the east side with Constantine’s triumphal entrance into Rome (IV), and on the north side with his speech to the crowd from the Rostra in the Forum and the distribution of gifts to the people (liberalitas) (V-VI).

Inside of the Main Arch 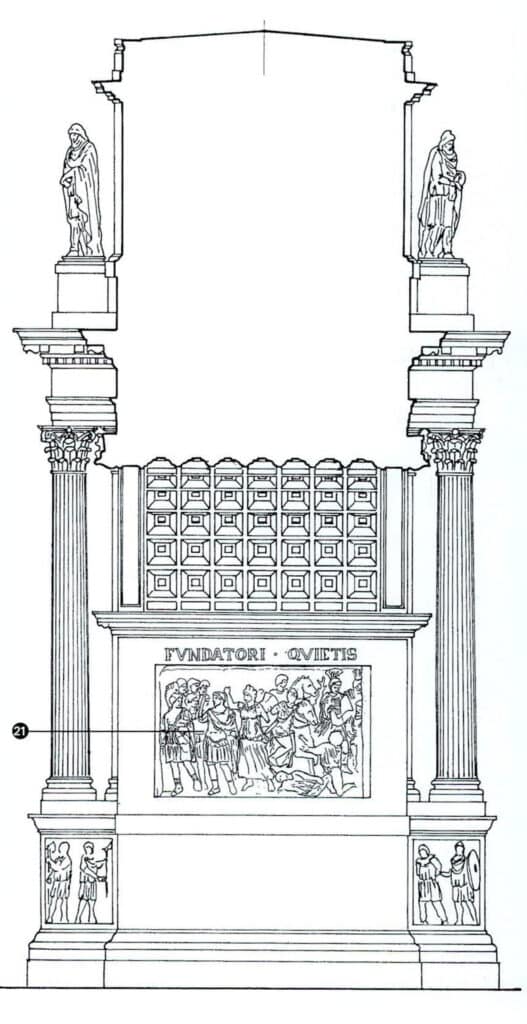 Reliefs- Inside of the main Arch 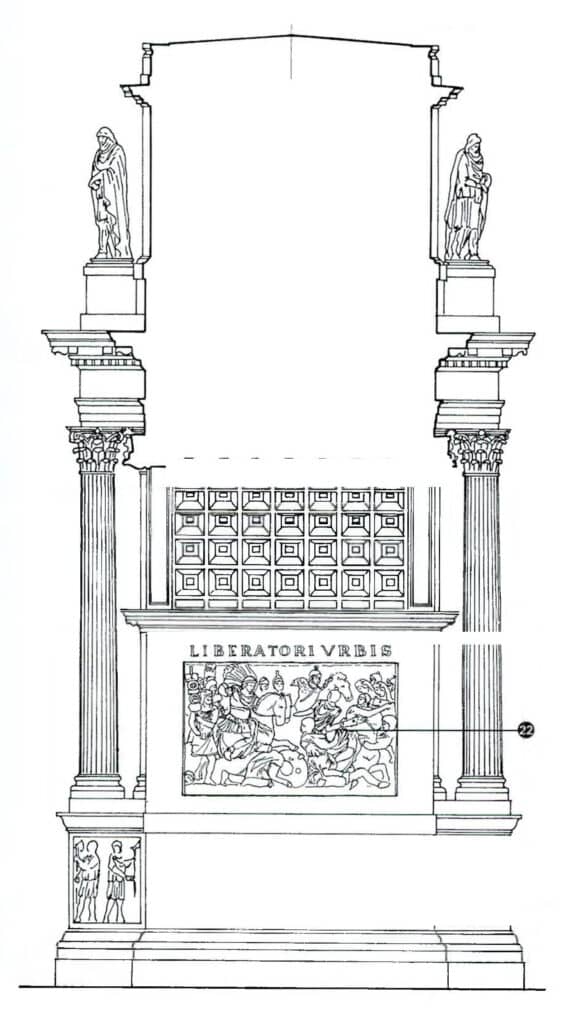 Reliefs- Inside of the main Arch (2)